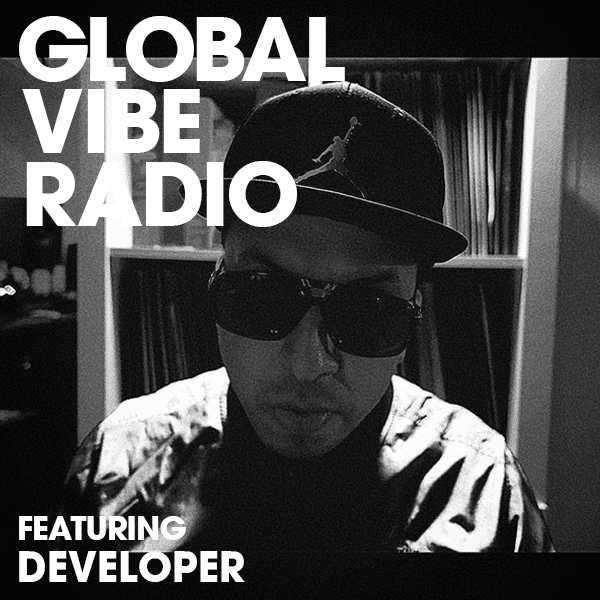 This week’s Global Vibe Radio guest is none other than Los Angeles techno producer, DJ and Modularz head-honcho Developer.

Developer continues to thrive as one of the most well-respected techno mixmasters from the United States, thanks to his own high-octane DJ sets and revered productions, as well as the quality output on his very own Modularz record label.

In this specially-curated mix the Los Angeles-based producer stays true to his signature no-holds-barred sound, delivering one hour of wild techno thunder and uncompromising floor traction.

Developer is one of a few active DJ/Producers that emerged from the Los Angeles techno scene in the early 1990s. After ending his residency as a DJ on radio station 88.7FM kspc back in 1995, Developer went to New York City to learn about the record distribution business and assisted in the launch of the first dedicated techno distribution company in Los Angeles ” Entity Music Distribution ” which worked with highly influential labels such as Axis Records, Reload Belgium, Plus 8 Canada as well as a large amount of techno labels from Detroit, Chicago and Europe. One of the company’s main focuses was to expose the Western USA, Mexico and most of Central and South America with techno music from around the world.

Enjoyed this edition of Global Vibe Radio Feat. Developer? Follow us on SoundCloud for more

Over the last 2 decades Developer has played in various countries as well as taking part in laying a foundation in the LA techno culture by producing events and exposing various first time international talents throughout the mid to late 1990s. Developer gained much of his acclaim and extensive performance history from his strong mixing and programming skills as well as for the curation of his highly-respected Modularz imprint which celebrated 10 years of releases in 2019.