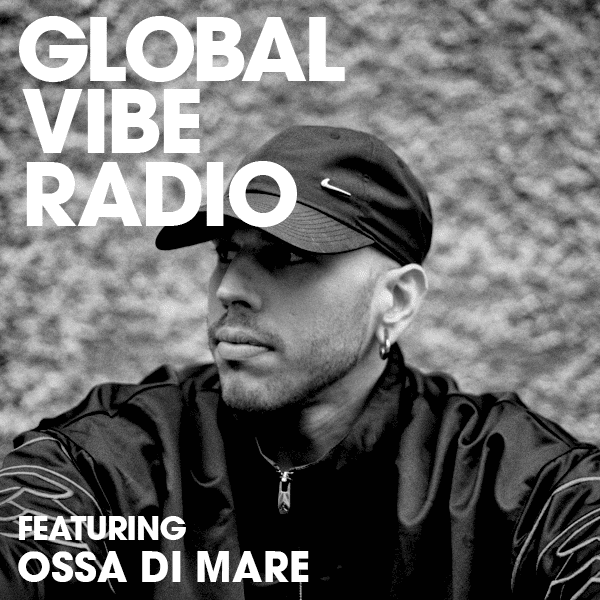 For this week’s Global Vibe Radio episode, Ossa di Mare takes us in uncharted territory when it comes to mixes his fans may be used to, focusing on the music he has been playing and listening to the most during lockdown.

In his own words:

“[this mix] mainly breaks and jungle, which is what I have been mainly listening to and mixing during this lockdown. Thought to record something different for once.” – Ossa di Mare

Ossa di Mare were a duo born in London that had been creating textural and celestial techno since 2013. After their vinyl debut on Blackwater in 2015, they focused on developing their own record label, Tales Collective.

Having played in renowned venues such as Printworks, Village Underground and Corsica Studios, as well as international festivals like GEM fest in Georgia, they became residents at Village Underground’s in-house club night, Superstition, in London.

After spending years, both together and individually, honing in on and developing their skills as DJs, the duo began to experiment with live performance, bringing a set that holds a raw provocative and captivating energy. Their shows have become renowned within the London circuit and brought them to supporting acts such as SNTS, Headless Horseman, Kobosil, Tommy Four Seven, Inigo Kennedy, AWB, and Answer Code Request.

Since these early years of the project, it now continues as a solo act in Berlin.