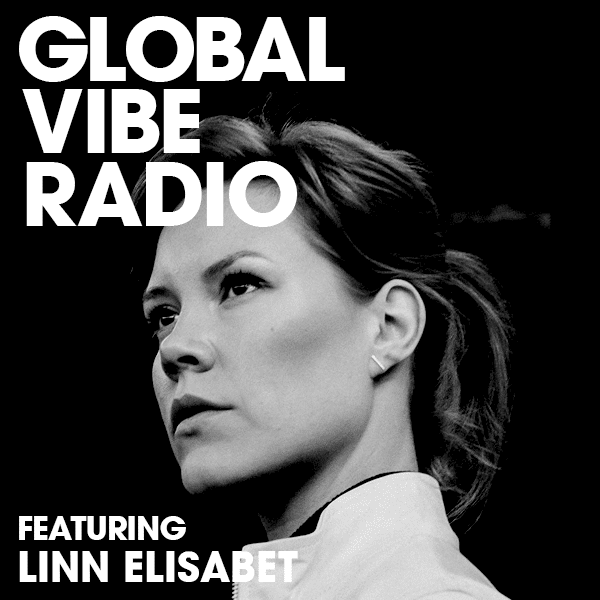 This week’s Global Vibe Radio is the audio recording of a live stream DJ set courtesy of Berlin’s Linn Elisabet, originally aired in May of 2020.

The live set featured favorite tracks from the Acts Of Rebellion label boss as well as resident VJ Lillusions original works in a live DJ/VJ performance.

Press play and enjoy the deep, cerebral and atmospheric techno journey that is about to unfold.

Linn is a Berlin-based DJ and producer risen from the warehouse techno culture in Sweden. Balancing between subtle deep soundscapes, complex rhythms and sonorus destruction, Linn’s transgressive output reflects their personality: filled with energy, intensity and passion. Their past as a classically schooled cellist as well as their deep love for broken beats gave them the ability to create their unique, emotive and virtuoso interpretation of techno which led them to release with respected labels such as Planet Rhythm and ARTS.

Entering 2020, Linn announces their imprint Acts Of Rebellion, aiming to rebel by existing and fiercely representing in a world craving transgressive expressions, as well as expanding diversity and inclusion in the alternative dance music scene.

Acts of Rebellion is a label founded by the Swedish DJ and producer earlier this year, focusing on emotively intense techno sounds and alternative dance music. Early releases consist of Linn’s own productions, accompanied by interpretations by producers like Raär, Serena Butler and SRAMAANA.

Acts of Rebellion is a platform aiming to rebel by existing and fiercely representing in a world craving transgressive expressions, as well as expanding diversity and inclusion in today’s alternative dance music scene.