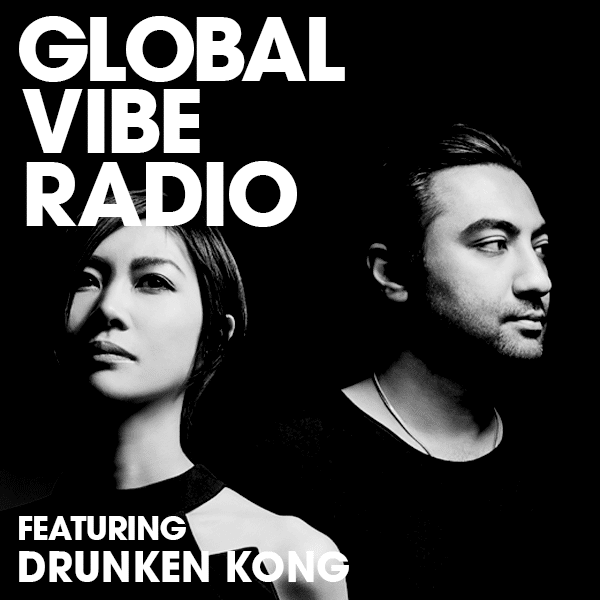 Drunken Kong is the project of D. Singh and DJ Kyoko. In 2010, the two started their project when one day they suddenly decided to make a track together, and they’re now a rare husband-and-wife duo touring the world, with plenty of quality releases in their catalogue. They have now released two albums on Christian Smith’s label Tronic, The Signs Within (2017) and Where We Start (2020) as well as numerous EPs and singles on labels such as Octopus Recordings, Stil Vor Talent, Terminal M while they remain active with domestic labels such as Session WOMB and Plus Record.

Their music is gaining a lot of attention and support from international top artists and DJs such as Adam Beyer, Christian Smith, Monika Kruse, Pan-Pot, Umek, Boris, 2000 and One, Uto Karem, Karotte, Filterheadz, Dosem, Stephan Hinz, Wehbba Wally Lopez, and Deadmau5 just to name a few.

Drunken Kong has been constantly active in the Tokyo techno scene, playing regularly at major Tokyo clubs such as WOMB, Ageha, Unit, Vent and Sankeys TYO. The two have also started their own resident party called “INTENTION” at WOMB, inviting artists such as Christian Smith, Uto Karem, Nathan Barato, Arjun Vagale and Jewel-Kid to Tokyo while also expanding their musical influence to other regions of Asia.
Following the success of their productions and live performances in Japan, Drunken Kong have gone on to tour other Asian countries as well as Europe and the United States, attracting new fans with their unique sound and groove.

Today, they deliver an exclusive mix for our Global Vibe Radio and took the time to chat to us from Japan to discuss their recent album, their relationship as a husband-and-wife duo, raising a child while touring and working in the electronic music industry and, of course, performing in the States and Los Angeles.

Make sure to listen and share their mix on SoundCloud, and to read on past the interview for full track listing!

Hello both! How are you?

Hello we are doing good and staying safe here in Tokyo. How are you? Hope all is well!

Congrats on your new album on Tronic! How long has it been in the works?

Thank you so much! We are very happy with the new album. It’s our second album and this time the theme for the album was something very different from the first one.

We worked on this for almost a year, moving things slowly until we were happy with what we had.

Why and how did you choose Tronic as the album for this important release?

We released our first album on Tronic so we felt it was best to have our second album. We were also able to work with Christian Smith on a track for this album, and Christian was very open to our ideas and concept.

What was the process like in choosing which tracks to include? Did you leave many out?

We had close to 20 tracks ready. We then went over each track and picked what we felt was fitting to the theme. Yes we left a few out but overall, the stronger tracks were all included in this album so we are very happy with it!

What do you hope the album communicates to your fans when they listen?

This album, our concept was to create something that was unique in feeling and mood. We created tracks that were in a different direction, also including some progressive elements too. We wanted the tracks to be both for home listening and also something that would be playable at parties.

You’re a husband and wife duo which is rare. How does your dynamic work in the studio?

We have different tasks when we are in the studio. I create several loops and then with my partner Kyoko, we both sit in the studio and go over each one. We then decide which one to go with. This has to fit with what we are in the mood to create. Once this is set, I do a simple sequence of the entire track and then Kyoko would make some final edits.

For the mixdown, we work together. I would make a simple mixdown version and then Kyoko will make some adjustments and fixes. She is really good at doing this! We always test our tracks as much as we can, so once we find something that we need to fix, we do this right away!

How about outside the studio, do you guys divide and conquer your Drunken Kong duties? Who does what?

We often split the communication side. I am better communicating in English and Kyoko is better in Japanese so it naturally kind of came to splitting this. When we DJ, we are both doing everything together.  It’s just better for us this way since we both have different ideas and inspirations so doing this together creates synergy.

How do you separate your “work” and private life hats?

That’s a tough one! Actually we cannot (laughs!) We always try to do things to take some time off from music but in the end we always end up chatting about music! We can never stay away from this so we gave up.

I know you have a daughter. How is it juggling the music and touring lifestyle while raising a child?

It was very tough in the beginning. Changing from a late night lifestyle to a morning lifestyle was one of the most difficult thing for us. We naturally got used to it since no matter what, our daughter wakes up early. There was no excuse for us to sleep in LOL Now, actually we enjoy this lifestyle better. We work in the studio from early morning so this really gave us a new workflow.

Does she like the music you guys make and play?

I hope so! She does spend a lot of time with us in the studio and she seems to be enjoying it. She even starts dancing sometimes!

What would you say if she wanted to be a DJ someday?

That would be cool! Full support!

You were meant to come to the States last month, were you excited?

We were particularly excited to have you in LA!

I used to live in LA for 10 years so I am more than excited to be able to play in LA!! I will be sure to have a lot of new music ready for you when the time comes.

Hope to see you all once things get better with the current situation. Stay healthy and stay safe!!