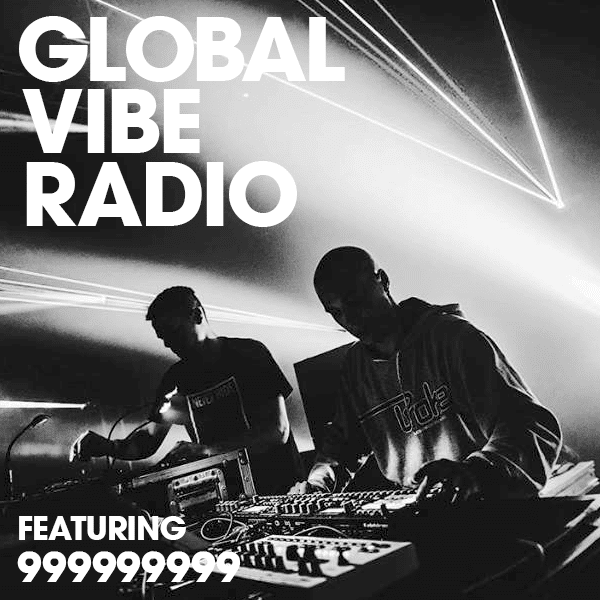 This week’s Global Vibe Radio episode features an exclusive mix from 999999999 ahead of their upcoming U.S. tour, which includes stops at Basement in NYC, Phoenix for Techno Snobs and finally Los Angeles for WORK’s Official Movement Pre-Party on Feb 8th where they will perform a 5 hour Live/DJ set.

Info and tickets for the LA show can be found here.

999999999 is an abstract concept from the minds of two Italian producers and Live artists who do not feel the need to define it. It is spontaneous, random, unlimited. This project, officially started in July 2016, has already taken over the most important festivals, clubs and warehouses of Europe and North America, cementing itself as one of the most sought-after acts in today’s techno scene.

Although capable of executing magistral techno and acid DJ sets, Live is what they truly are at the core, whether in or out of the studio. They are spontaneous. Improvisation with hardware is the key element of their performance, a performance that is impossible to replicate.

Truth be told, it’s hard to believe that 999999999 (pronounced “nine times nine”) have been around for a mere three years and change. They’ve turned the underground scene on its head since they broke into it with brute force, proving just how fluid techno can be with an entirely-improvised set up with each performance. Not much is known about the mysterious pair outside the fact that they come from Italy and have a penchant for hard, acid-fueled industrial sounds —