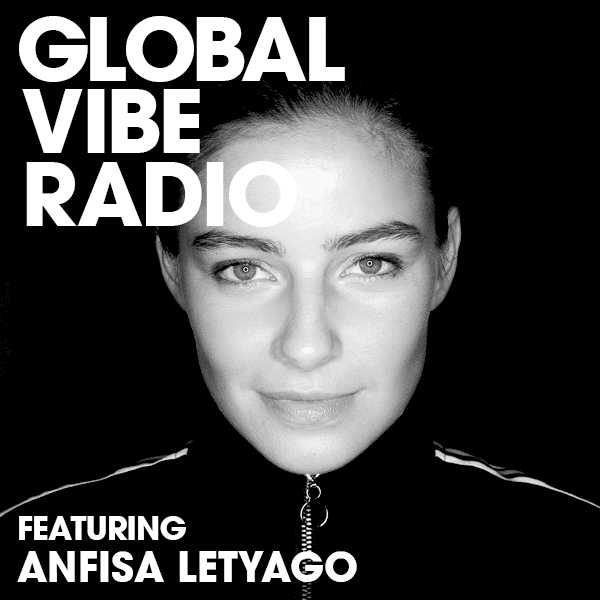 Siberian-born, Italy-based rising producer talent Anfisa Letyago delivers this week’s Global Vibe Radio mix ahead of her December 27th US debut at The Lost Circus, an event taking place at Avant Gardner in Brooklyn, New York. Info and tickets for the event can be found HERE.

Though she’s been DJing for 10 years, her career’s upward trajectory began after her 2016 ‘Stop Talking’ track release and it’s been a heavy stream of high-profile performances at festivals and alongside world- class producers and DJs ever since. This year alone she’s released three EPs: ‘Bright Lights’ on Nervous Records and two on Intec Digital, Carl Cox’s label to which she signed earlier this year.

The musical journey of Anfisa Letyago began almost 10 years ago in her home town of Naples where she first began to experiment with Djing and productions, driven by pure passion. Fast forward to 2016 where she dropped her first release on the iconic dutch label Spinnin’ Records alongside Leroy Styles. ‘Stop Talking’ would eventually pave the way for her introduction into the world of electronic music, demonstrating her versatility as an artist and ability to stand out.

Proving her prowess behind the decks from the get go, Anfisa has performed around the world alongside some of the biggest names in the game, such as Radio Slave, Pan-Pot, DJ Pierre to name a few. She’s commanded the stage at some of the biggest festivals in the world, as well as holding her own in more intimate settings, each time bringing her signature effervescent technique. Her touring schedule is varied, playing in venues such as Crobar in Argentina, Club Room in Chile, Pacha Munich, Watergate Berlin, De Marktantine Amsterdam, Barraca Valencia, Galerie Kurzweil Darmstadt, Thuishaven, Hyte Berlin and many others.

The past couple of years have seen Anfisa hone her talents and perfect her craft by pushing boundaries, experimenting and constantly evolving. Her current style moves between that of hard-hitting techno, groovy deep house and the other realms of underground music. Taking everything she has learned throughout her years both on the road and in the studio, she combines these influences to form her polished signature sound.

The result has seen her productions start to gain momentum on the scene, with the Tech House heavy ‘I Feel’ EP on Natura Viva in 2017 garnering huge attention and her ‘Bright Lights’ EP on Nervous Records making a splash early this year.

2020 is set to be another big year for Anfisa, she has an upcoming EP slated for release on the infamous Rekids (with remixes from Mark Broom and Marco Faraone) as well as a remix for Berlin powerhouse Pan-Pot’s ‘Confronted’ on Second State and a remix for Tube & Berger in the works on their label Kitball. Her productions have won the support of many prolific fellow DJ’s such as Adam Beyer, Charlotte De Witte and the aforementioned Carl Cox who has gone on to be an ardent backer of her music by signing her 2 EP’s, ‘So Good’ and ‘Catch the Spirit’ to his higher regarded Intec label.

Not one to conform to one genre, Anfisa has proven herself to be adaptable, most recently going back to back with DJ Pierre at ADE with a legendary acid house set. This subsequently led to her remixing the notorious ‘Phuture – Acid Trax’ as part of DJ Pierre’s 35th anniversary compilation release, alongside Carl Cox and Luciano, (available now on both vinyl and digital).