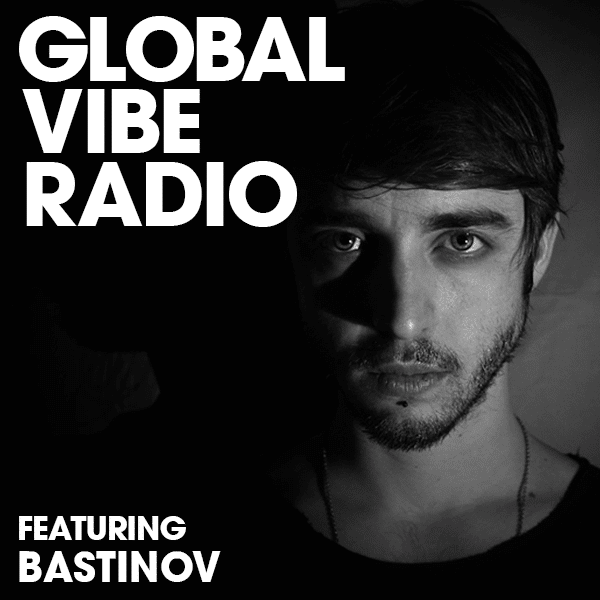 Bastinov is a master-craftsmen who imbues his music with melody and spirituality. After first releasing on Luca Agnelli’s Etruria Beat in 2013, his standout sound design and the richness of his synth-work has continued to catch attention from the likes of Adam Beyer, Sven Väth, Len Faki and Pan-Pot.

We invite Bastinov to the Global Vibe Radio family after he recently released his debut album on Agnelli’s label. Titled All Through The Night, this is his most complete and coherent musical statement yet.

Bastinov is a master-craftsmen who imbues his music with melody and spirituality. After first releasing on Etruria in 2013, his standout sound design and the richness of his synth-work has continued to catch attention from the likes of Adam Beyer, Sven Väth, Pan-Pot. Across six superb EP releases, he has subtly developed his sound and now, on this debut album, makes his most complete and coherent musical statement yet.

‘Deep Forest’ majestically opens the album, raining true to its title is like a journey through a lush organic landscape. Bubbling synths and drums get you in a trance on ‘All Through The Night’ and the range of synths on ‘Genesis’, from smooth to pixelated to thunderous, lend the techno a truly immersive feel. Bastinov then expertly explores a range of moods on suspense-fueled ‘Eternia’, over to darker and moodier on ‘Hyperion’ while ‘Dantze’ layers up scintillating cosmic keys above elongated grooves that all build and build to an intense peak. The second half of the album is just as artful, with the surging Detroit styles of ‘Evnt’ and celestial melodic rain of ‘Proteus’.

The Veneti artist showcases his ability to make synths take any form as he skews and stretches them to the heavens, or breaks them into crystalline droplets on ‘Arponoid’ and ‘Elaysia’. This intense, absorbing trip finishes with ‘Der Love Train’ and ‘Devine’ a set of highly emotive tracks that sweep to otherworldly spaces and back again with the euphoric vocals of experimental/industrial artist KnowKontrol featuring on ‘The Silence Of The Night’.

As Bastinov delivered his mix, we took the time to have a quick chat with him to talk about the album and the mix itself:

You just released your debut album ‘All Through The Night’ on Etruria Beat, can you tell us how the project came together?
This album means a lot to me because it almost ‘crowns’ my journey on Etruria, a label and a family which are very close to me. I am honoured to have been able to release my first album on this label.
How’s the reaction to the release been so far? Any highlights?
I’ve had a lot of positive feedback about this, but one that stands out especially is Lauren Garnier, a huge DJ and artist that I respect very much. Moreover, a few days ago Apple Music included All Through The Night in its techno playlist as the first track, something that I’ve never had before so it is an incredible satisfaction to see the support there, whilst a number of the tracks on the album were played by the likes of Carl Cox, Joseph Capriati, Kas:st and many others.
Can you tell us a little more about the mix? What was the idea or concept behind the track selections and what can we expect?
In the mix I’ve tried to bring the listener into my dimension, often based on the dark atmospheres and melodies that make up a key part of my sound – I hope you enjoy!

Bastinov’s All Through The Night is out on Etruria Beat