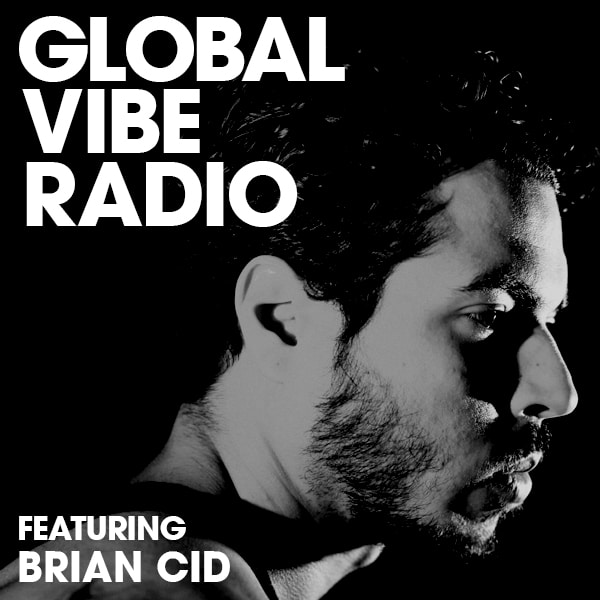 The 162nd edition of Global Vibe Radio comes from Brooklyn-based DJ & producer, Endangered label-boss and Cityfox Resident Brian Cid. His original productions have found homes on a number of the most credible and tastemaking record labels, with a style that touches melodic techno, deep house, progressive house and more, with no boundaries whatsoever.

Brian’s debut album Meteorite Man has been released on the legendary label Balance Music, alongside his original productions that can be found on imprints such as Fabric, Audiofly’s Supernature, Guy J’s Lost & Found, Hot Since 82’s Knee Deep In Sound, Get Physical, microCastle, Manjumasi, Cityfox and more. Support on his music has come across the board from both longstanding DJ legends, as well as the new wave of club tastemakers. Everyone from Richie Hawtin, Pete Tong, Sasha, Hernan Cattaneo, Lee Burridge, and Joris Voorn, to Adriatique, Dami an Lazarus, Thugfucker, and Tale of Us have championed the sounds of Cid.

Never one to be content in his accomplishments, the next chapter in the musical journey of Brian Cid is the recent launch of his project Endangered: a deep journey to the eclectic side of electronic music. The Endangered concept is both a record label for Brian to showcase his own music as well as other high-caliber artists he respects, but also an event series that combines music with live performance & art. With Endangered now in full throttle, the label is set to release Light In The Lotus” EP, the return to the label from founder Brian Cid at the end of May 2019.

After ending last year with the release of his debut album on Balance Music, Brian has been on a global tour in support of it. It’s taken him everywhere from Zurich, Moscow and Berlin, to Mexico City, Hawaii, and Cairo. The album was critically acclaimed by his peers, fans and the media, with Billboard featuring him in their ‘Ones To Watch’ section. With his first release of 2019, Brian continues the journey of lush &amp; melodic techno started with the album, and is back on his own Endangered imprint with the Light In The Lotus EP.

“While learning to enjoy the magical journey of life, this musical project turns into a clear reflection of how my story unfolds. To take it even further and give it stronger personal touch, I’ve printed my own vocals on it, although it was not part of the plan. As I wrote and recorded the reference vocals for another artist, I realized it only made sense for me to be the one reciting it. ‘I see the light in the lotus/inside of me there is a roar’. A state of mind that drifts towards the strongest level of enlightenment powerful as a lion’s roar, impacting the earth with its presence. This four-tracker continues the musical story of my last album Meteorite Man. Forward-thinking driving beats, with a sophisticated touch of subtlety and power. Pronounced melodies diving deeper into a dramatic story. I aimed to push my sound even further just as I have pushed my body, mind & spirit.” – Brian Cid

1. Light In The Lotus
2. Species Of The Other Kind
3. Spirals
4. Melting Clock

Brian Cid’s Light In the Lotus EP is released on Endangered Records on May 31st, 2019