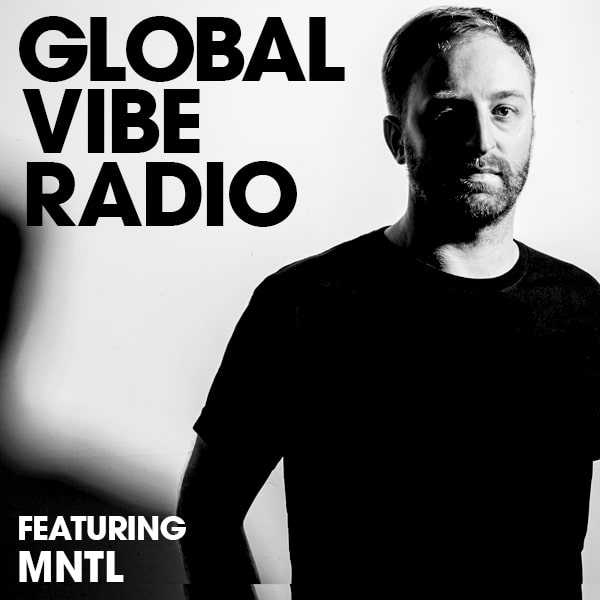 This week’s Global Vibe Radio episode comes from Ric McClelland aka Montel aka MNTL, an artist who has been releasing music under a range of aliases for over 10 years now.

However, his releases as Montel surfaced around late 2012 and were a product of the resurgence of the vinyl DJing scene. Focusing on a retrospective House sound, his tracks received immediate support from the likes of Bicep, Waze & Odyssey, Jacques Renault and many others. As time moved on, so did Ric’s sound as Montel. Inline with his long standing residency at Belfast’s Misfit party, his musical output and DJ sets moved to a tougher House sound with elements of Techno. Around this time he began to pick up plaudits from a wider range of DJs, from John Digweed to Hot Since 82, from Adam Beyer to Anja Schneider, from Skream to Richy Ahmed. His music then started to feature heavily on BBC Radio 1 and his rise to prominence became meteoric. DJ dates around the UK progressed to Europe and then onto a global scale.

As we moved through 2017, Montel’s urge to push new boundaries with his production sound and DJ sets shifted to a focus on Techno and building a new brand with his Misfit Music label and MNTL alter-ego of Montel.

With 3 stand out releases on his Misfit Music over 2018, he went onto developing a new label project in Miles From Mars.  His initial 2 releases on the label helped to establish it quickly with heavy rotation from Adam Beyer and Joseph Capriati in their sets. 2019 sees Montel’s MNTL project break new ground with his labels Misfit Music and Miles From Mars, upcoming EPs on both, set the Belfast player’s stall out for the summer season and further on throughout the year.