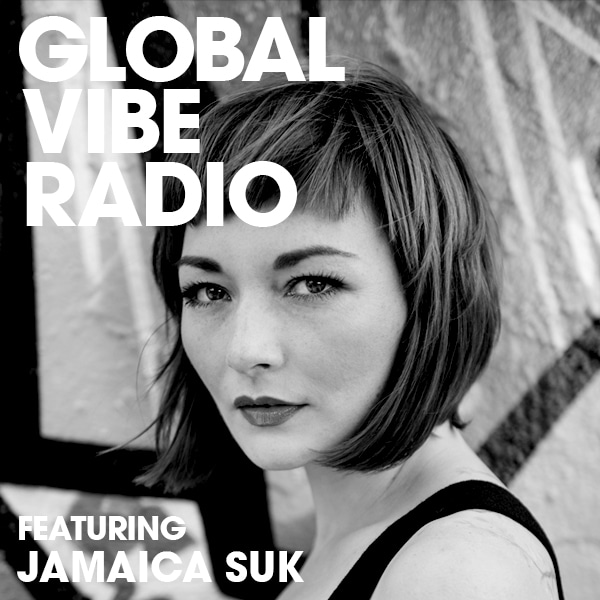 DJ/producer Jamaica Suk steps up for this week’s Global Vibe Radio episode, providing a two-hour recording of her October 20th set at Blitz Club Munich where she played alongside Luke Slater and Rupcy.

A lifelong musician and experimenter, Jamaica Suk has fused her jazz and metal roots from the Bay Area California with a feel for soulful techno, a combination that makes her at home leading driving dancefloor workouts across Europe. With her own vinyl label Gradient and accompanying event series, atop extensive activity as DJ and producer, she has found in Berlin a platform for the breadth of her musical versatility.

In her signature distorted melodies and hints of melancholic bass guitar, you might hear where Jamaica started – studying bass guitar in her teens, play-ing in jazz and grindcore, math rock and shoegaze bands, before getting deep into the Bay Area’s house and techno underground. Jazz musician by day, DJ by night, she quickly became established throwing monthly parties at 222 Hyde Street and in grimy area warehouses. Technology was an early passion, too, including completing an Audio Engineering program at San Francisco’s respected Pyramind. That combination of technology and musi-cal chops, meeting with an intuition for minimalism and repetition from Reich and Pan Sonic to techno classics, set the tone for landing in Berlin.

Based in the German capital since 2012, Jamaica has honed her production language, working in a studio tucked above the hedonistic dance labyrinths of the Wilden Renate club. And with equal parts German and Pacific, her music has earned a following for its postmodern, melodic narratives, soul and industrial sounds in balance.