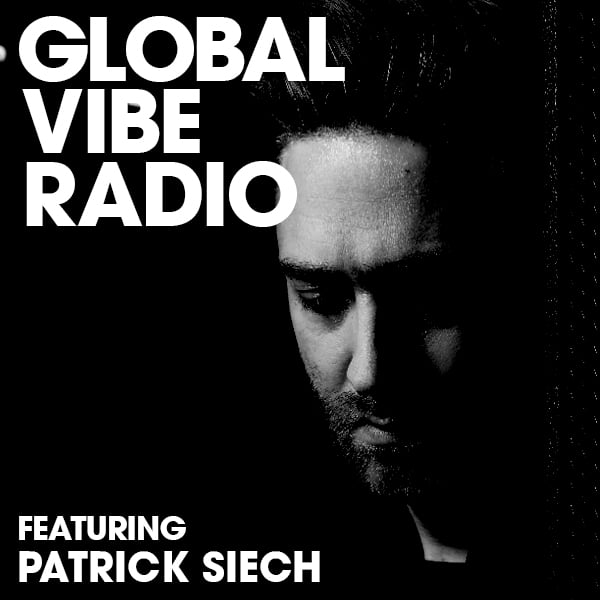 For this week’s episode of Global Vibe Radio, we invite veteran DJ/producer Patrick Siech to deliver a powerful mix filled with some of his current techno favorites.

Patrick began spinning records in Southern Sweden back in the late ’90s, making a name for himself as a club promoter and skilled DJ. 20 years later and this close connection and avid respect for the dance floor and its multitude of inhabitants is still at the very core of Patrick’s enterprise both as a DJ and a producer.

Enjoy his mix below and read on for full track listing.

To connect with the crowd at an almost primal tribal level, to create a vibe of togetherness and exclusiveness, to hypnotize and unite all the individuals in the dance floor into one single collective mind. These are the goals of Patrick Siech. Witnesses from countless secluded after-hours parties in Stockholm or Malmö can testify to his success, as can thousands of Berlin dancers. Once the connection is made, the capacity or prestige of the venue is nothing – the vibe is everything.

Patrick Siech released his first record in 2010 on the classic Drumcode label, which he has returned to several times since. Four years and three releases later he and Sebastian Mullaert of Minilogue joined forces, releasing Genome I on the even more legendary M_nus label. While Patrick Siech’s sound certainly has evolved even further since, the combination of minimalistic M_nus and hard-hitting Drumcode states something profound about his music: It’s aimed at the body and the mind at the same time. Focus and release.

After re-joining Sebastian Mullaert on a very special Drumcode Limited release in 2016, Patrick Siech released his third record on Parabel in 2018, the label and crew to which he’s now primarily connected. This past year has seen him perform key dates throughout Europe, playing coveted gigs at Tresor and Berghain in Berlin, Sugar Factory in Amsterdam, Kompass Klub in Belgium and of course several dates in his home country of Sweden.