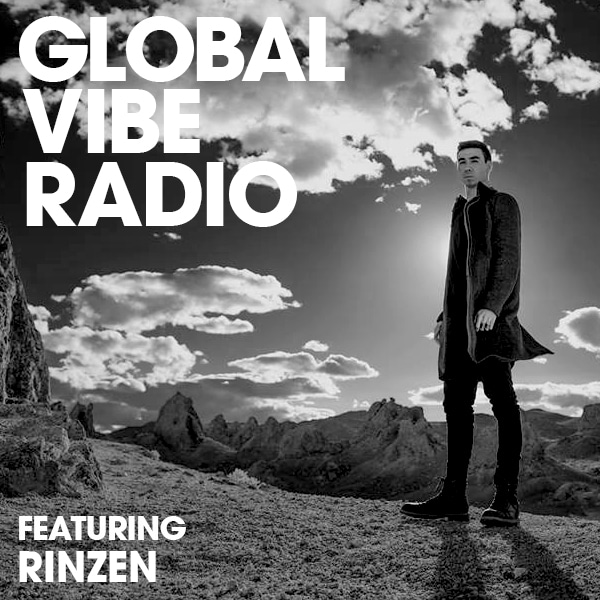 For this week’s Global Vibe Radio episode we welcome Rinzen, one of the most exciting new talents to emerge out of the United States.

Signed to mau5trap, Rinzen combines cinematic sound design with forward-thinking house and techno production to create something that is downright awe-inspiring.

Rinzen began in January 2017 with an official remix of Giorgio Moroder for Casablanca Records. The song received praised from Moroder himself, who stated: “This is Rinzen’s first official release, and I am so honored to be a part of it.” The remix was ultimately picked up by SiriusXM, who would go on to support it on BPM for three consecutive months.

In March, Rinzen joined deadmau5’s iconic mau5trap imprint with his first original, ‘Renegade,’ before following up with his debut EP, Forbidden City, in October. The three-track concept EP marked the first iteration of Rinzen’s true vision — to build entire worlds — and was lauded by Billboard as “a sonic exploration of human depth.” It was followed by several contribution to mau5trap V/A compilations, as well as his recently released Exoplanet EP.

Rinzen has recently been selected for Mixmag’s coveted Impact series, as well as been named one of EDMTunes’ “Breakout Artists of 2017.” Having recently performed alongside Eric Prydz, deadmau5, Matador, Cristoph and more, Rinzen shows no signs of slowing down anytime soon.