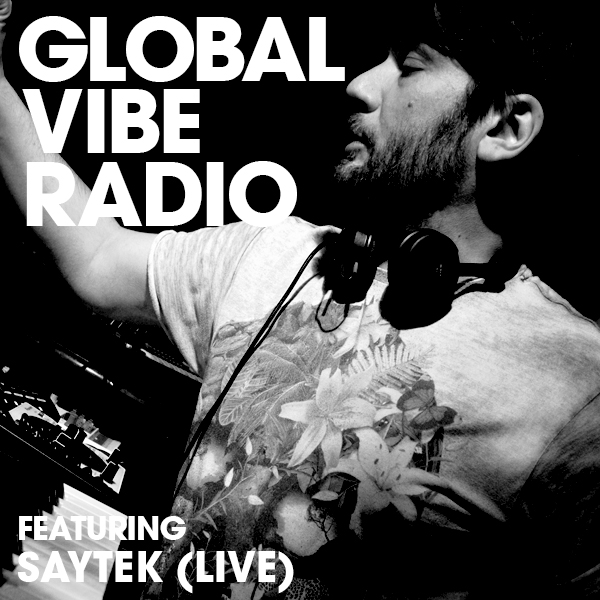 This week’s GVR is a two-hour LIVE recording by London-based producer and live act Saytek.

He was a special guest on our Facebook page this past Sunday, where he jammed out LIVE from his studio in London for two hours, all music and sounds created by Saytek himself. The North London-based producer is renowned for his unique ability to bring his widely acclaimed studio productions – which feature a unique blend of deep techno & tough house grooves and dubby, acidic hues – into the live arena. This ability is exemplified by his Facebook Live Jams which have received views well in excess of one million; and views for individual videos often running into the hundreds of thousands. He writes produces and performs everything live, using a variety of equipment including Elektron Analog 4 & Analog Rtym, Ableton, Korg: Monotron Delay, Kaos Pad & Volca: Bass, Sample, Keys, Novation Impulse 25, Native Instruments Maschine and lots more.

Saytek’s musical output is prolific and includes EPs and live albums on his own Cubism label, along with 12″ and digital releases on labels such as Liebe*Detail, Soma, Bedrock, My Favorite Robot Records, Wiggle, Monique Musique, Fabric (London Club), Golden Gate Club Records, My Favourite Freaks, KMS and many more. His work has graced the playlists of the world’s most elite and eminent DJs including Carl Cox, Laurent Garnier, Steve Lawler and Marcel Dettman, among many. Saytek was nominated for 2013 Best Live Act by DJ Mag; with Mixmag awarding Album Of The Month in the same year.

You can also enjoy Saytek’s two-hour live stream via video below, and download the audio for FREE here.