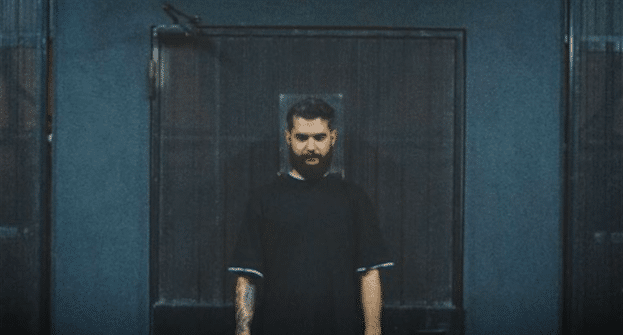 The fact that movement is equivalent to existence and energy is a stringent factor to Giordanø as well as an essential support to lean on for this new release. Although, the Italian producer limits his inspiration to the disproportionate strength exercised by a core to materialize relentlessly the continuous rotatory displacement of a body. Nothing is more penetrating and robust than the magnitude displayed by the most deeper part of an incessant circular flow.

Axis of Rotation hoards all that dynamism that is distributed from only a physical point. Giordanø sets his principal piece in a state of incessant excitement with a development that pulls off full of vigor and evolves methodically to implode towards its progressive extinction. Of this original track is important to mention an uninterrupted cadenced line that serves low frequencies, carrying all the weight of the piece with delicates modulations. But as a second plane, and not less important than the rest, we have to highlight a great work of composition with treble harmonic motifs, on the percussive elements as well as the atmospheres.

The first one is elaborated by Kastil with a more accurate version of the original track but with more resounding style, thus achieving more intensity for the bass delimited cycles. In charge of the second remix is Kalter Ende who adopts a more lysergic character with a hotchpotch of piercings pads that fluctuate as a permanent cycle. And finally, Mike Parker adapts his interpretation to his usual swaying style with a fixed line of immutable fluctuation.

In addition to being published on vinyl, Axis Of Rotation will also be available in digital, and for that purpose, Giordano releases the reference with two more tracks that will only be available in this format, “Drift” and “Storm”. With the first one he maintains the same dynamic attitude used in “Axis Of Rotation”, in contrast, Storm starts with a syncopated cadence and its essence lies on the melodic execution.