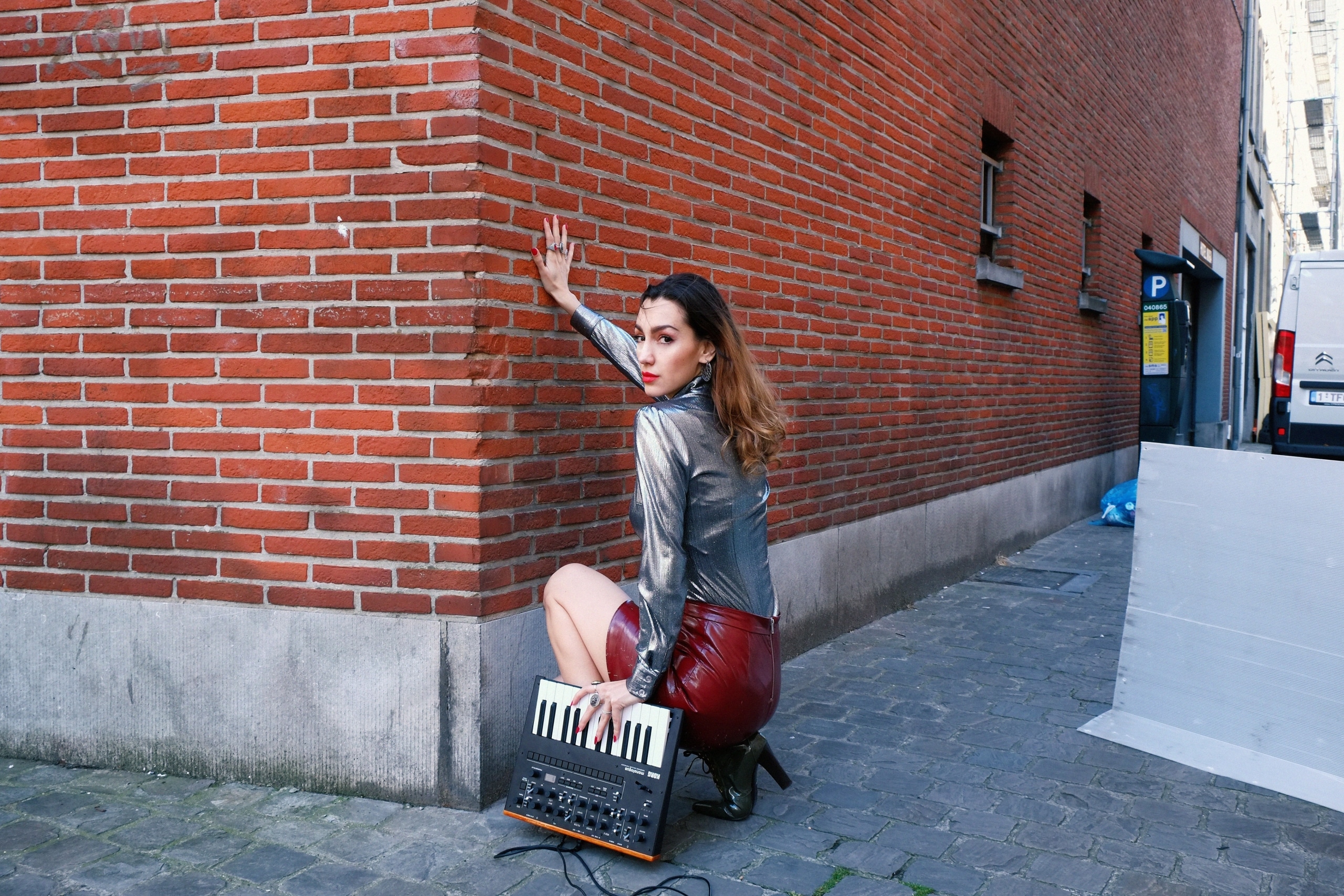 “The Freak Show” remains minimalistic while giving a heavy nod to Chicago with massive 808 kicks and claps. “I Feel Peace” doubles down on the techno vibe, serving up the hypnosis and groove you’d normally expect from an Enemy release.

Meanwhile, “High Octane” finishes off the EP in peak-hour form. The rolling basslines and arpeggiated leads pair perfectly with her vocals for what is easily the funkiest track on the release.

Across three tracks, Gabriella demonstrates it’s still possible to present moody dance records that flirt with the darkness rather than succumbing to it entirely.

You can listen to the title trak of the EP below!

Gabriella Vergilov is one of Bulgaria’s newer techno talents, and one of its biggest promises.

Brussels-based producer, DJ and a singer with an idiosyncratic take on electronic music and extraordinary energy on the stage, Gabriella Vergilov’s sound behind the decks blends synth-infused basslines, cinematic atmospheres and sensual vocals, wowing audiences at clubs like Shelter Amsterdam, Arena Berlin, her former residency at Antwerp’s Ampere, Dimensions festival, and Boiler Room, where she became the first Female from Bulgaria to play for that prime dance music institution, and second Bulgarian artist after Kink, at all. Gabriella’s energy as a DJ is also embodied in her distinctive and deeply personal productions, where her unique and pulsating style results from immense talent, systematic piano training and contemporary ballet, fine-tuned technique, and the ever-present influence of her homeland’s folklore.

Hailing from the small town of Tutrakan, Gabriella grew up far away from dark dancefloors and big festival stages. A classically-trained pianist and a contemporary dancer, Gabriella fell in love with music after the fall of communism, while listening to her father’s favourite records in his studio in the Danube City of Ruse. There, under the sounds of classical music, rock, pop, disco, hip-hop and early electronic from Vangelis and Jean Michel Jarre, her dream of becoming a singer was born.

Moving to Sofia to study art she worked as a stylist and editor by day, and immersed herself in club culture by night. She became a vital part of famed Yalta Club party “Blame,” where she’d act as a hostess.
Once the door to the nightlife opened, a move to Copenhagen showed her the way to DJing and music production and her next relocation, this time to Berlin, helped her refine her tastes and hone her sound by introducing her to the city’s forward-thinking underground scene.

Just seven months after starting with studio production, Gabriella’s debut release, “Her Beginning,” on THEMA Recordings came out, testifying to her promise in the studio. Following the success of the release, tested as well by Ben Klock at the infamous Berghain floor; one of the tracks from the EP- “Filedium,” was featured in Belgium’s Oscar-entry film “Le Fidèle”, as well as in the movie’s international trailer and official soundtrack.

Gabriella’s 2018 release, “Termosfera” via THEMA, grabbed the attention of her all-time favourite artist and mentor DVS1, who opened his Fabric mix with her track “Boring Shit” months before its official release. Berghain’s own Ben Klock and BBC Radio 1’s B.Traits also showed support for Gabriella, putting her tracks on heavy rotation throughout 2018. The EP received high praise from Mixmag and was featured in Resident Advisor’s prestigious New Tracks series. It was also one of the reasons DJ Mag included the Bulgarian producer in their 6 Artists To Watch series in November 2018 and Pulse Radio called her “A Game Changer”.

Gabriella’s unique and groovy production style is further underpinned by her seductive yet eerie vocals, a deeply personal element that’s present in all of her work and in her collaborations with other artists. This is exemplified by her recent collaboration with Marco Shuttle, in the title track from “The Moon Chant” EP, which was released on The Bunker New York in November 2018. The track received support by many renown artists, including Ben Klock, who featured it in his DGTL x Resident Advisor Live Series set.

Off the dancefloor, one of Gabriella’s previous tracks on Enemy Records was picked up by fashion giant PRADA for a 2018 promo campaign together with two unreleased break-beat songs, showing the multi- faceted artist’s determination to keep working on new and exciting projects that bridge different art forms.

This was followed by remix for the Chicago techno legend DJ Hyperactive, a successful debut US tour that included a Red Bull Radio appearance at their main office in Manhattan, and an ever-growing touring schedule.

Enemy Records is curated by Dustin Zahn. The label specializes in music geared toward the twilight hours. We are currently not accepting demos.

1. The Freak Show
2. I Feel Peace When You’re Not Around
3. High Octane