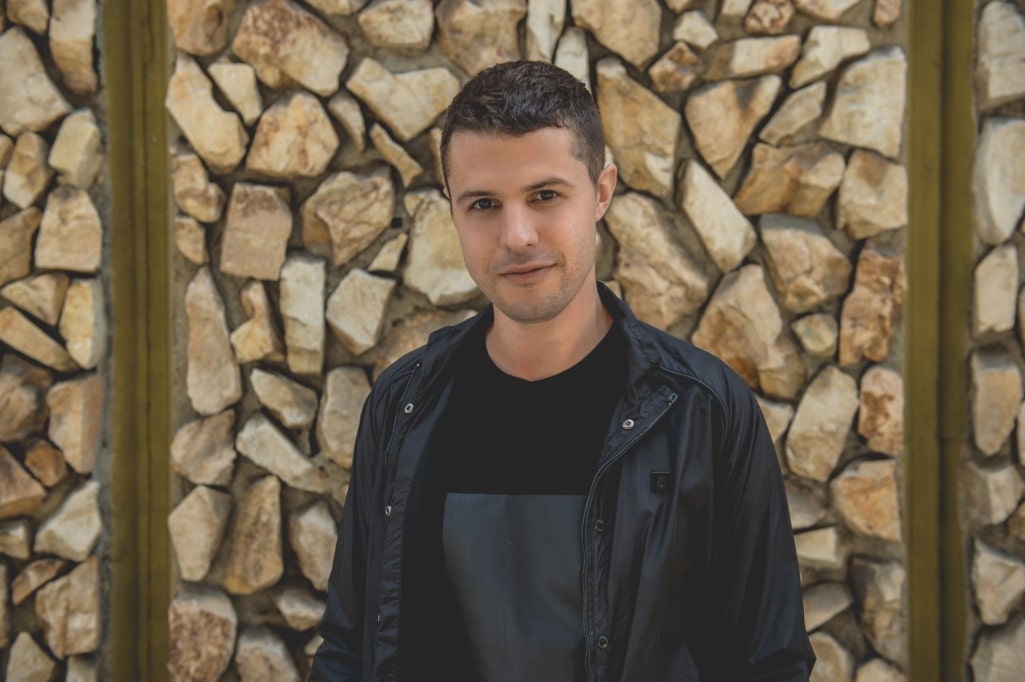 A musician, a DJ, a teacher, an inventor, and a visionary, Mike Henderson aka ENDO has been touching various aspects of the music industry for more than 20 years. From managing tours for Sasha, Nicole Moudaber, Pete Tong, and Dubfire to being one of the most sought out music techies training industry heavyweights including Carl Cox and Grandmaster Flash on Traktor, ENDO’s curiosity has been the driving force to his musical abilities.

Listen – 6AM In Interview: ENDO

ENDO has had an important hand at shaping the electronic music scene. He not only created the world’s first online DJ course at Dubspot, but he’s also created a DJ course at Berklee, the institution has only recently started integrating electronic music as part of its course offerings. He’s been the “first” on many fronts but this didn’t happen overnight. He’s had to do his fair share of leg work and repeatedly knocked on doors to get a shot at chasing his passion for music. He shares how he chased Native Instruments for about a year for a full-time opportunity. His persistence ultimately paid off. In 2004, the company ended up hiring him, and he became the go-to for all things Traktor. He trained artists on the digital DJ software as many were starting to transition from vinyl. “It was an interesting time,” says ENDO as DJs shifted into the digital age. “It was kind of me against the world. Everyone was kind of like ‘Oh, that’s not DJing.'” His challenge was showing artists–both established and newcomers–the abundant opportunities the software created to enhance a DJ’s craft. Where vinyl had limitations, the digital world could push musical exploration forward.

“You’re just another person who loves music like I do. I can learn from you, you can learn from me. It doesn’t matter how famous or not famous either one of us, we share the same love.”

ENDO on teaching and working with dance music legends

Having focus is good; to a certain extent. Too much focus can create tunnel vision and potentially make you miss opportunities. ENDO reassures DJing will never take a backseat to his career, but being open to other paths has helped his career grow. “Tour managing, that’s just something I kind of fell into with Dubfire” explains ENDO. “I was training him on Traktor. He brought me in as a tour manager. It wasn’t something I really envisioned….it was incredible. I got to see the world, different electronic music cultures” Touring with Dubfire gave him a platform to open on occasion for some of his shows, specifically afterhours. While he was never officially put on a bill as an opener, he learned how everyone has a part to play. He balanced his role as a tour manager and a DJ admitting it was an amazing opportunity that gave him practice time behind the decks in front of a crowd. 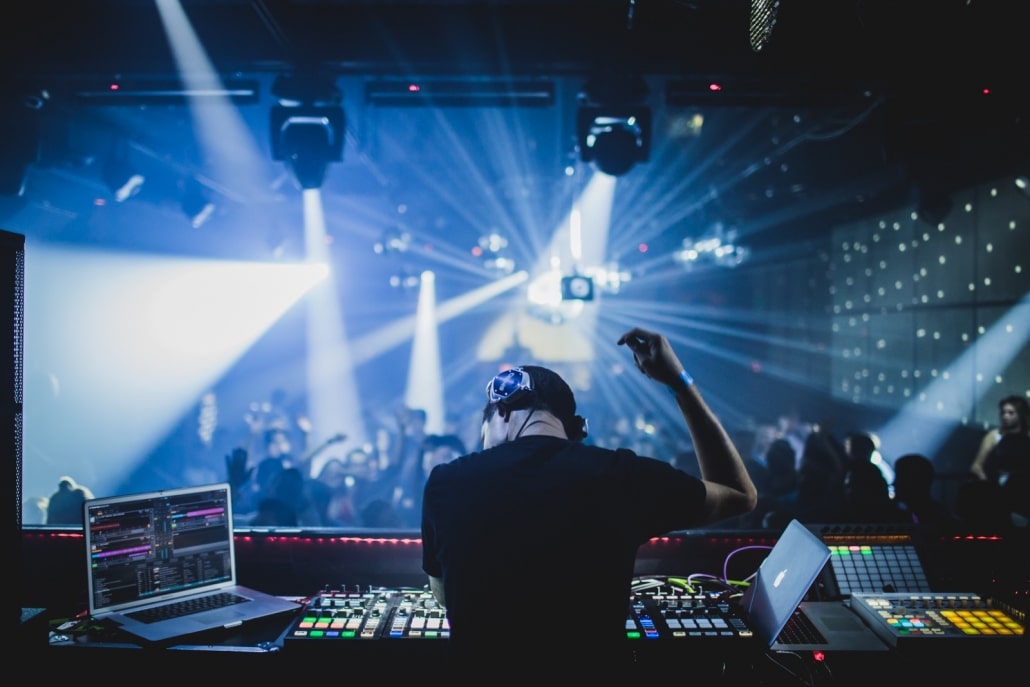 Greatness Takes Time and Practice, Lots of It

“Master your craft. Whether it’s producing or DJing. I feel a lot of artists are losing track of what it’s really all about these days,” says ENDO. “We have so much pressure to be constantly posting on social media, and I get it. We do have to do that but focus on [mastering] your craft.” He credits his radio gig in Vermont as pushing him to immerse himself in the world of music. “My time slot was 12 am to 3 am on the radio, but the DJ after would never come in, so I’d play until six. Sometimes the DJ after him wouldn’t come in, so I’d play until like eight in the morning,” says ENDO. “I was doing like six to eight-hour sets every week with all vinyl. It was awesome.”

“My favorite part is finding new music. That’s what I spend about 40 hours a week doing. Trying to find the next artist, the next label, the next sound.”

He’s worked with 300 artists helping them learn their software and gear inside and out, “that’s a lot of fun just seeing the results and helping an artist. Maceo Plex, Sasha…giving them the tools they need to take their sound to the next level, and hearing the results is awesome for me.” Aside from helping artists master their craft he also keeps a close pulse on the latest music coming out (as every DJ should) so that his sets feature the freshest sounds. “Every Friday at midnight all the new releases come out on Beatport. I’m waiting for midnight like Christmas. I use this site called Crates.co which feeds off Beatport…I copy and paste every single release into Spotify. It only takes me about 45 minutes, and then I have about 400 songs on Spotify that I can listen to on my phone or in my car.” In addition to his Beatport hack, he combs through artists’ playlists and his personal Shazams to help him keep ahead of musical trends. All in all, he goes through about 1,400 tracks per week.

“Everything I do is an experiment, so everything is going to have a different feeling.”

ENDO’s sets take you on a musical journey

Digging Deep into the DJ and Production Worlds: iZotope and Denon DJ

A couple of years ago, he started working at iZotope, a company based in Cambridge, Massachusetts. “They are an incredible company which I’ve always heard good things about but never realized what it was all about until I started working there,” shares the DJ. The company’s focus is simple: to make innovative tools that inspire and enable artists to be creative. Many of their programs use machine learning technology and smart DSP to assist with a lot of the “techy” monotonous tasks to save artists time in the studio. Artists save time but also learn during the process from the plug-ins since everything isn’t black-boxed.

Originally starting with iZotope as a Product Specialist for iZotope RX (RX is the industry standard for audio repair), he got RX certified. Before he knew it, he was training post-production houses all over Los Angeles. Sony, Warner Brothers, Universal, you name it. He was also training their entire sound teams on RX so they could use it on a lot of the movies to restore noisy and damaged audio to pristine condition. The amount of knowledge he soaked up to learn literally multiple artforms (mixing and mastering) is an experience he credits for opening several doors in his journey.

“Throughout the entire pandemic, I have supported over 400 household electronic music artists. Getting them all up and running with iZotope software, educating them, and keeping them creative during this whole time period. There have been countless albums and tracks made from all of those artists, and a lot of artists who were usually too busy to produce since they were touring were going at it full on. It feels amazing to be able to help fuel the music that’s coming out. That’s the win for me.”

About a year ago, he was introduced to the Denon SC6000 by his good friend Stu (Who is Hush), who works with Denon DJ. He instantly fell in love with the decks. They struck so much inspiration in him, and since they have WiFi built into them, he’s able to stream literally any track that’s on TIDAL, Beatport Pro, or Soundcloud on them. “What really got me is that TIDAL is lossless, and a lot of the tracks are even the Stereo Masters, so you get the best quality audio streamed right to the deck not to mention the entire Beatport catalog via Beatport LINK,” explains ENDO. “So, of course, the first set I did of them was of 50s and 60s music. This then got the attention of Beatport, who, after seeing that set, gave me a weekly residency on their Twitch (LINK LA).” Since he was using the Denon decks every week and playing all new music, the inevitable happened. Denon DJ brought him on board to do artist relations. Lesson here? Let things develop naturally without pushing or pulling just make sure you’re doing your best.

Be Honest with Yourself to Keep Moving Forward

“You do have to know how to say ‘no,'” says ENDO when it comes to growing as an artist. Maintaining a clear mindset to help with priorities is crucial to keep moving forward. Organizing and differentiating between what needs to get done versus what would be “nice” to “check off” your to-do list. “I prioritize and use programs like Trello, Asana, the Pomodoro technique [to know] what’s important. Sometimes if things don’t align with those goals you just have to say ‘no.'” Understanding the difference between tasks will only help you, in the long run, to create a sustainable workflow getting you one step closer to achieving your goals.

“Find songs that tell your story that tell what you have inside and the message that you want to send to the world.”

ENDO’s advice for creating connections and meaning through music

“Pete Tong [and] Sasha have this gift of finding what the next sound is and living in the future. I try to do that as much as possible.” ENDO has worn several hats throughout his 25-year career, but ultimately his aim is to be a tastemaker in the world of dance music. For someone who would have no trouble playing eight-hour sets with only new tracks, he’s well on his way to owning that title.

I hope that promoters have been paying attention to DJs who are pushing the boundaries and not just going back to generic DJs you were booking before…I want to hear fresh sounds when I go out–don’t want to hear the same thing.

Want to optimize your DJ set-up? Grab some time with the pro. ENDO offers one-on-one lessons with DJs around the world via Zoom.