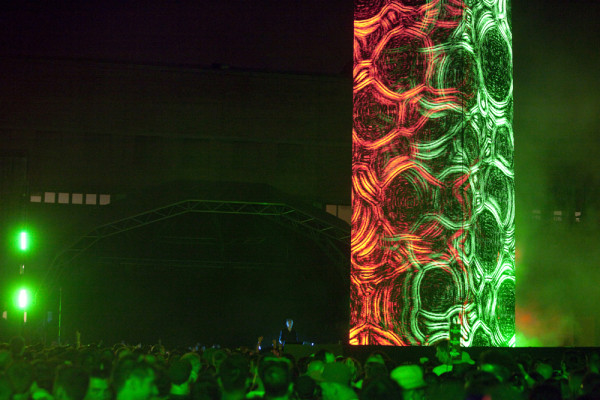 Richie Hawtin will go down as one of the most influential visionaries of our generation. While there are many prolific artists that helped establish the scene, Richie Hawtin has played a major role in shaping the cultural and musical landscape that we live and breathe every day. From showcases at the Guggenheim to marathon sets world-wide, nothing is off limits for Mr. Hawtin.

His most recent endeavor manifests in the form of the CNTRL Tour in which he and fellow esteemed artists travel through the United States visiting college campuses spreading the good word about technology and techno culture. Tomorrow night marks the grand finale of the CNTRL 2015 Tour, and to honor this day we’re sharing the free download of his Plastikman EXhale recording live from Sonar 2014. EXhale is a truly minimal gem encompassing abstract sounds and textures, coming together to form one cohesive piece of electronic music.

The official CNTRL Closing Party will be taking place at the Hollywood Palladium with special guests Chris Liebing, Victor Calderone, Ean Golden, and Lee K. After a long tour across the United States we expect this one to end in grand fashion.