For The Saunderson Brothers Music Has Always Been In Their DNA 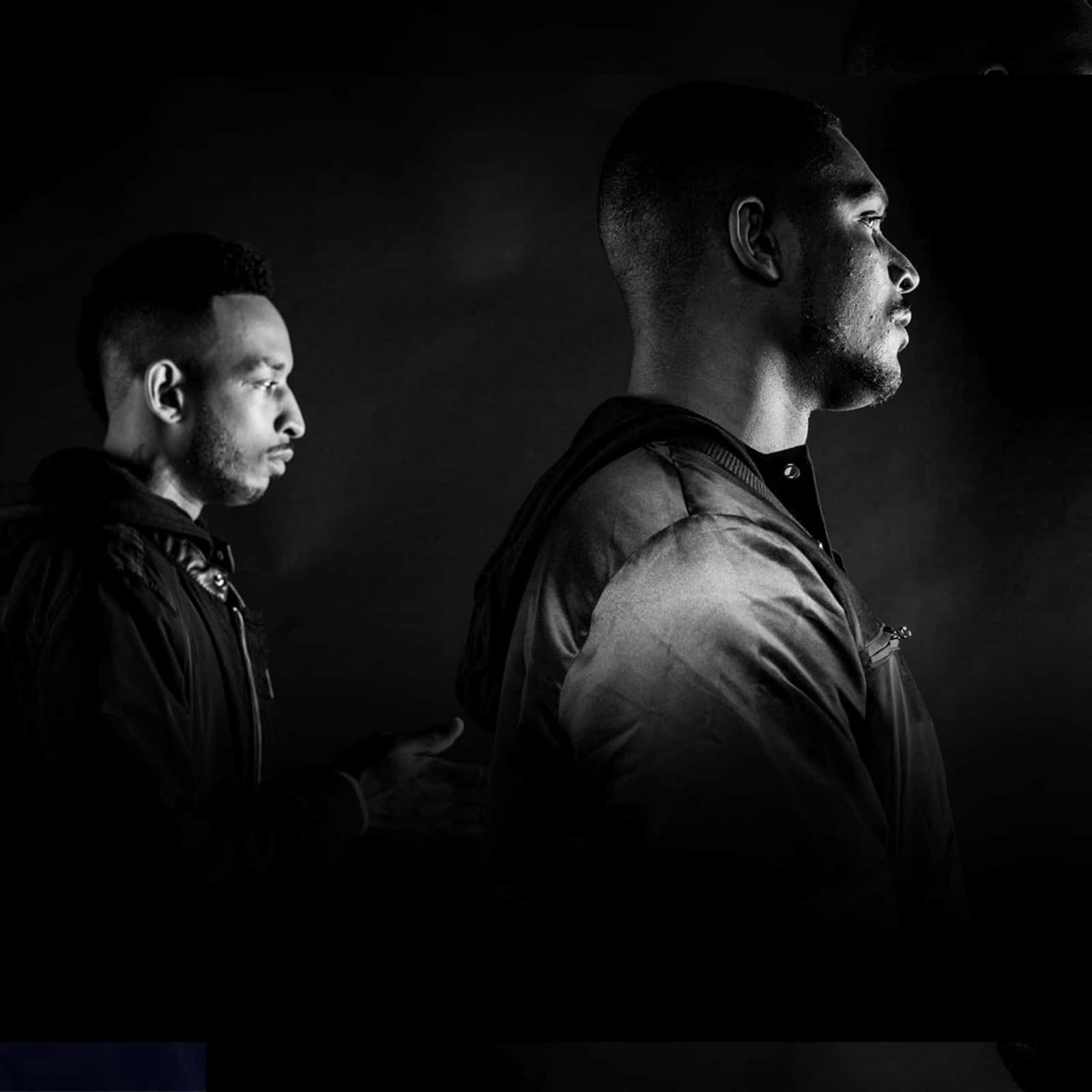 For The Saunderson Brothers Music Has Always Been In Their DNA

Music runs deep in the City of Detroit from Motown to Techno, and for The Motor City natives, The Saunderson Brothers music also runs in their blood. Sons of legendary Techno creator Kevin Saunderson, Dantiez and Damarii would have probably been joining thousands of others at the only place to be during the month of May: Movement Electronic Music Festival.

Every year since the house and techno music festival started in 2000, it has welcomed music lovers from all over the world to dance to some of the most well-known and upcoming artists of the genres.

This year Hart Plaza in Detroit will be quieter due to COVID-19’s wrath, but The Saunderson Brothers are keeping the music alive. There’s opportunity in adversity, and The Saunderson Brothers are taking advantage of the pandemic’s lockdown to spend more time in the studio. With an upcoming release titled Sasamat on Detroit label Moteur Ville Musique (available on Beatport here), they share what it was like growing up around music, the importance of balancing mental health and social media, and how Movement holds a special place in their heart.

Thank you for spending some time with 6AM during such surreal times. What are you most excited about once quarantine lifts?

Of course, we are very excited to get back to going to and performing shows and events. Also, excited to sit down at our favorite restaurants again, and share a meal with friends and family.

What’s been inspiring you these days, or have you opted to spend the extra free time in other ways?

We tend to take inspiration from everywhere. Lately, it’s been all the DJs and artist live-streaming from home while all this madness is going on. They are really helping to keep the culture alive. They are remind[ing] us that we can still connect from a distance and that there are better times ahead.

Congrats on your remix for Poor Pay Rich’s Sasamat EP. How’d this come about, and what makes you come on board to remix another artist’s work?

Hey thanks a lot, it was quite simple how this came about actually. We were contacted by Emilio Hernandez via Facebook. He had said he and his partners were in the process of making a Detroit based label. When he described what kind [of] music he wanted on the label and sent us the original track to listen to we were on board right away!

You’re no strangers to music. In fact, for those who don’t know your dad is Kevin Saunderson; an influential figure in the Detroit music scene. Have you felt certain expectations of being your father’s sons within this industry? Is it a gift and a curse?

I think being the sons of our dad definitely come[s] with certain expectations. It’s definitely a gift and a curse because on one hand we certainly have access to people and platforms we would not have had otherwise to send tracks to ect…On the other hand, it feels like that as we are his sons people expect much more from us which is fair, but sometimes it’s nice to go at our own pace and not have to feel like we have to rush so much music out.

Last year at Movement you played alongside your dad. What’s it like playing with him as opposed to doing any other b2b?

It’s always very special doing a B2B set with our dad but this one was extra special because it was the first time to do a full b2b in our hometown at the biggest festival here, just pure vibes.

We’re sure that you both were exposed to techno at a very early age. What are your earliest music memories? Being that music is in your DNA, did you ever think about doing something other than music?

We were definitely exposed to the music scene at an early age even if we didn’t know what it was quite yet. I think the first time Dantiez and I really had music memories was the first Movement that we ever went to way back when it first started. We just remember loud music and running through that fountain in the middle continuously haha.

Speaking of Movement, Detroit and techno go hand-in-hand. Mike Huckaby, a prominent artist in the underground, passed away in April and had also tested positive for COVID-19.

Yes this is very sad and we think all of Detroit felt this. Mike was a very inspiring influential person in the Detroit community and scene alike. We still remember Mike giving us our first production lessons on Maschine seven years ago, and we’ve been close ever since. RIP to the legend.

May is mental health awareness month and this is an issue that plagues millions of people in this country. Social media often shows a curated image highlighting only the best moments in life. Lifting the artist veil, how do you (Dantiez and Damarii) navigate the social waters on a personal level?

Social media can definitely be a powerful tool in the world today especially as an artist. [W]e also think it’s important to know there is a difference between actual reality and social media reality. The best way for us to navigate is to try not to set unreal expectations based on social media. [We] take frequent breaks from it as well [even] if it’s for a few hours, a couple of days, [or] a week.

Do you find social media as a means to an end? Is it possible to have a successful musical career without putting much effort into being social?

To be honest, we think social media is just something we all have to get used to and we think it’s here to stay. Is it possible to have a successful musical career without putting much effort into being social? Sure, but it will be a lot harder compared to the person who makes good music and promotes themselves well over social media.

What’s your favorite part about playing in front of a crowd? 2020 might have put touring on hold but how are you guys pivoting and adjusting? Any upcoming projects you’re particularly keen about?

Hands down our favorite part about playing in front of a crowd would have to be seeing the reactions to a tune we are testing out and getting feedback from the crowd. Yes, 2020 has put touring on hold for us but the music never stops! We are working on a few projects that we are excited about and have been able to get much more studio time with us being stuck inside for months, so be on the lookout.

Any words to fans right now?

Stay home, keep social distancing, support your favorite DJs by tuning in to their live streams. Let’s kick this viruses ass, so we can get back to the music and parties and dance together again ASAP