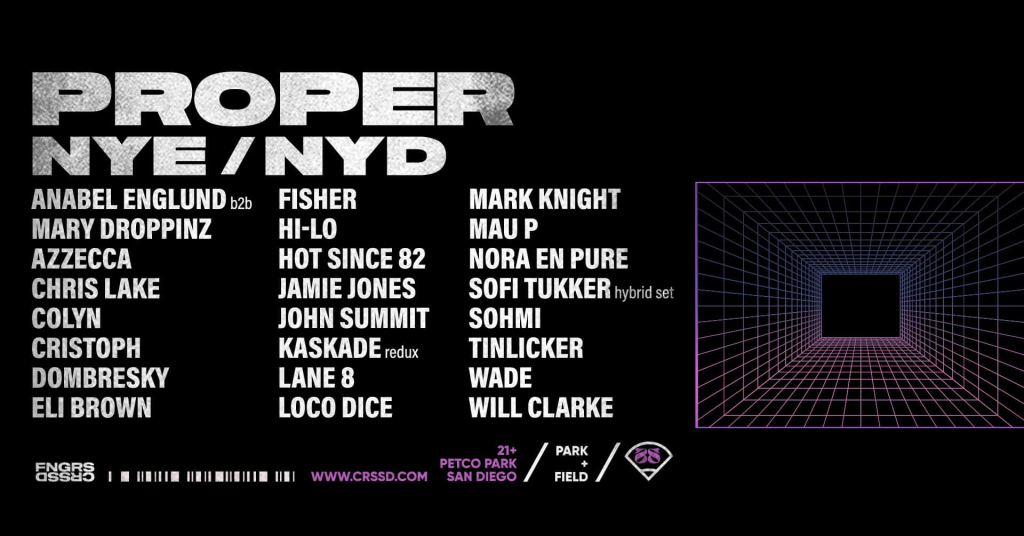 FNGRS CRSSD has announced the lineup for its newest event PROPER NYE, a two-day, two-stage event set to ring in the new year in San Diego. On the heels of a sold-out Fall edition of CRSSD Festival this past weekend, PROPER NYE brings over 20 of electronic music’s biggest and most in-demand names to Gallagher Square and the field at Petco Park for a dual New Year’s Eve and New Year’s Day celebration. The event will deliver the same forward-thinking, top-tier house and techno curation the FNGRS CRSSD brand is known for. 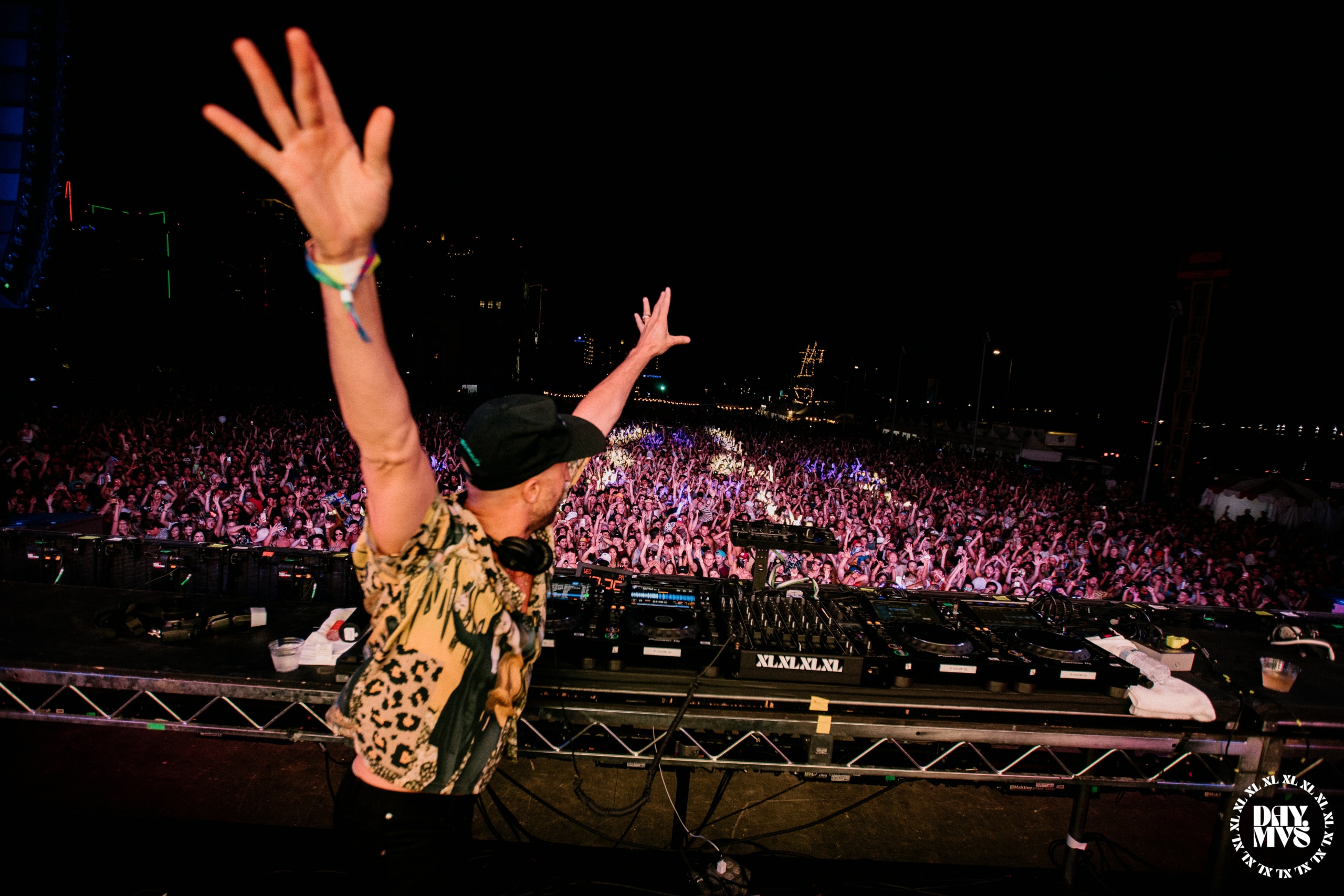 The venue of Petco Park remains one of Southern California’s most idyllic venues, offering electronic music fans unobstructed views of Downtown San Diego and grassy, spacious lawns in the heart of the city.

PROPER NYE is presented by FNGRS CRSSD, the team behind the groundbreaking CRSSD Festival. The event will cap off another massive year from FNGRS CRSSD, who have delivered successful Spring and Fall editions of their flagship CRSSD Festival, their summer DAY.MVS XL festival, a NGHT.MVS in the Park hosted ‘Carl Cox Invites’, and a slew of other standalone shows in the market.

GA and VIP ticket sales will begin on Friday, October 7. Pre-Sale for Alumni + SMS Community will begin at 10AM PST and is available to all purchasers from CRSSD Waterfront and Petco Park events in 2022 including Opening Day, DAY.MVS XL, CRSSD Spring and Fall 2022, DAY.MVS In The Park, and NGHT.MVS. General public on-sale will begin at 1PM PST. GA tickets will also have a layaway option available.