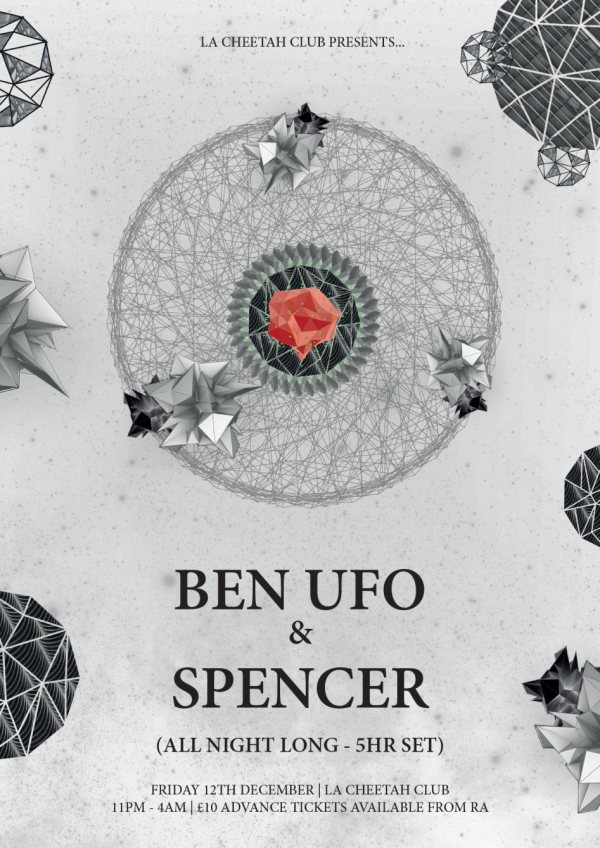 For this weeks edition of the Field Trip Series we rally the troops and imagine ourselves on the next flight out to Scotland, and no…this time it’s not for an epic round of golf. Roam around Queen Street in Glasgow and you may stumble upon a very small basement like bar, known as La Cheetah Club. What it lacks in capacity, it makes up for in atmosphere and booking policy. This Friday is no exception.

This Friday December 12th, La Cheetah Club will host Ben UFO (who just came in at #7 on the Top 100 poll of 2014) alongside Spencer for a marathon night between the two. Ben UFO’s eclectic style of techno and his ability to program the entire evening should make for an incredible party in an intimate venue like this. As mentioned before, La Cheetah Club is no chump when it comes to booking serious talent for the venue. In the past they’ve hosted artists such as Mathew Jonson, Theo Parish, Moodyman, and with Ben UFO making an appearance that list keeps on growing for the small Scottish club.

We know that there are amazing parties every week, but something about an end of the year party just feels so right; especially with a proper venue such as La Cheetah. Ben UFO and Spencer taking control of the console for a marathon set in a intimate venue? Sign me up. This would be a most memorable techno field trip.