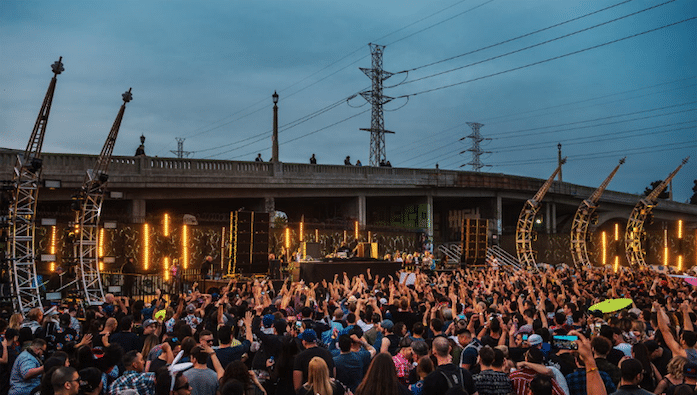 Secret Project will be soundtracked by the worlds best left-of-center DJs and live acts. It is a first of its kind festival in LA, dedicated to presenting the avant-garde, indie leaning and esoteric strains of electronic music, in a unique outdoor daytime setting. Secret Project will house two main stages in the industrial core of Chinatown – an incredible location for a genre of music that has often been associated with urban centers like Berlin and Detroit. In line with events like Movement and Sonar, Secret Project will takeover venues throughout downtown LA for a range of after-parties with details and lineups soon to be announced. 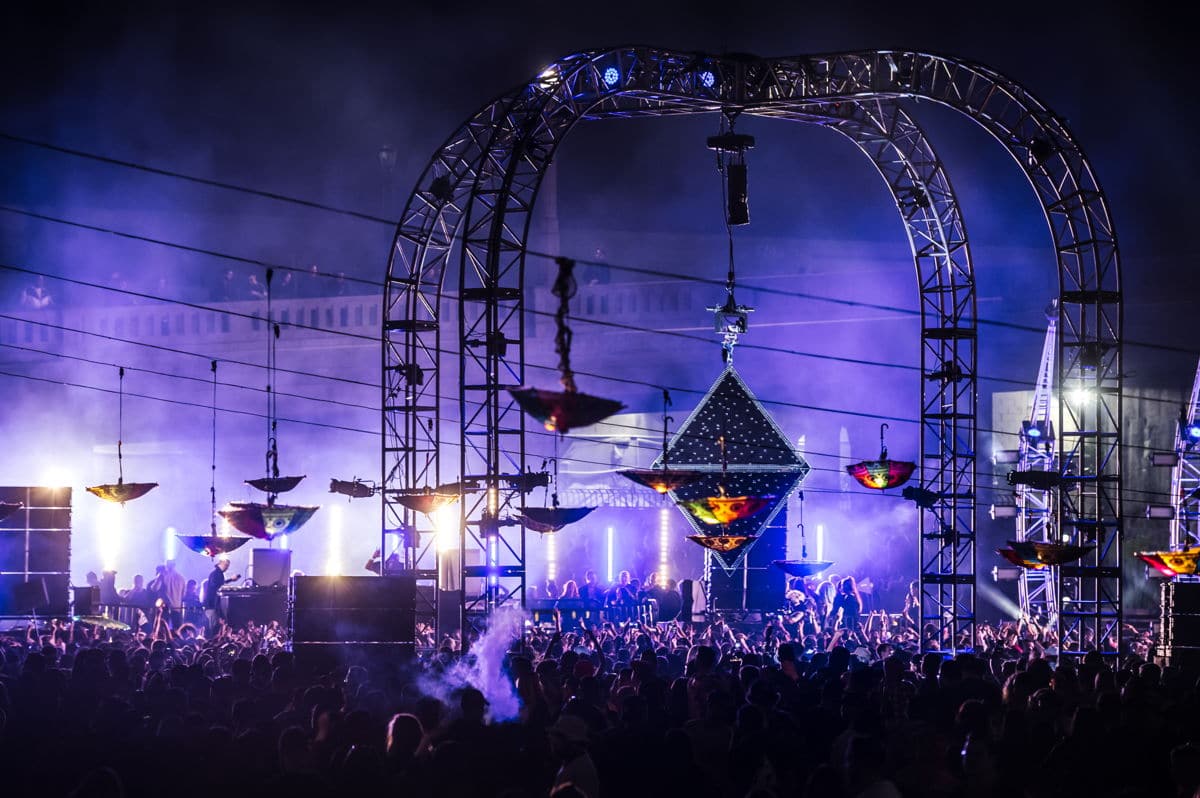 Attendees will have the option to purchase VIP access to experience the world renowned cuisine of David Chang and dine at his Majordōmo restaurant, which Eater called ‘the most exciting restaurant to open in America in

2018’ and has earned top nods from GQ, The New Yorker, LA Magazine and more. While LA’s A Club Called Rhonda will bring their poly-sexual dance party to Apotheke, which has earned nationwide praise for its unique mixology program. Secret Project will bring in an array of art offerings to compliment Naud Street’s extensive murals.

Secret Project is presented by Factory 93, who have a long-standing commitment to showcasing forward thinking music and culture at large-scale shows in Los Angeles, and uniquely programmed stages at some of the world’s best festivals. Factory 93 was a pioneer in this neighborhood, having produced events in the area since 2016. 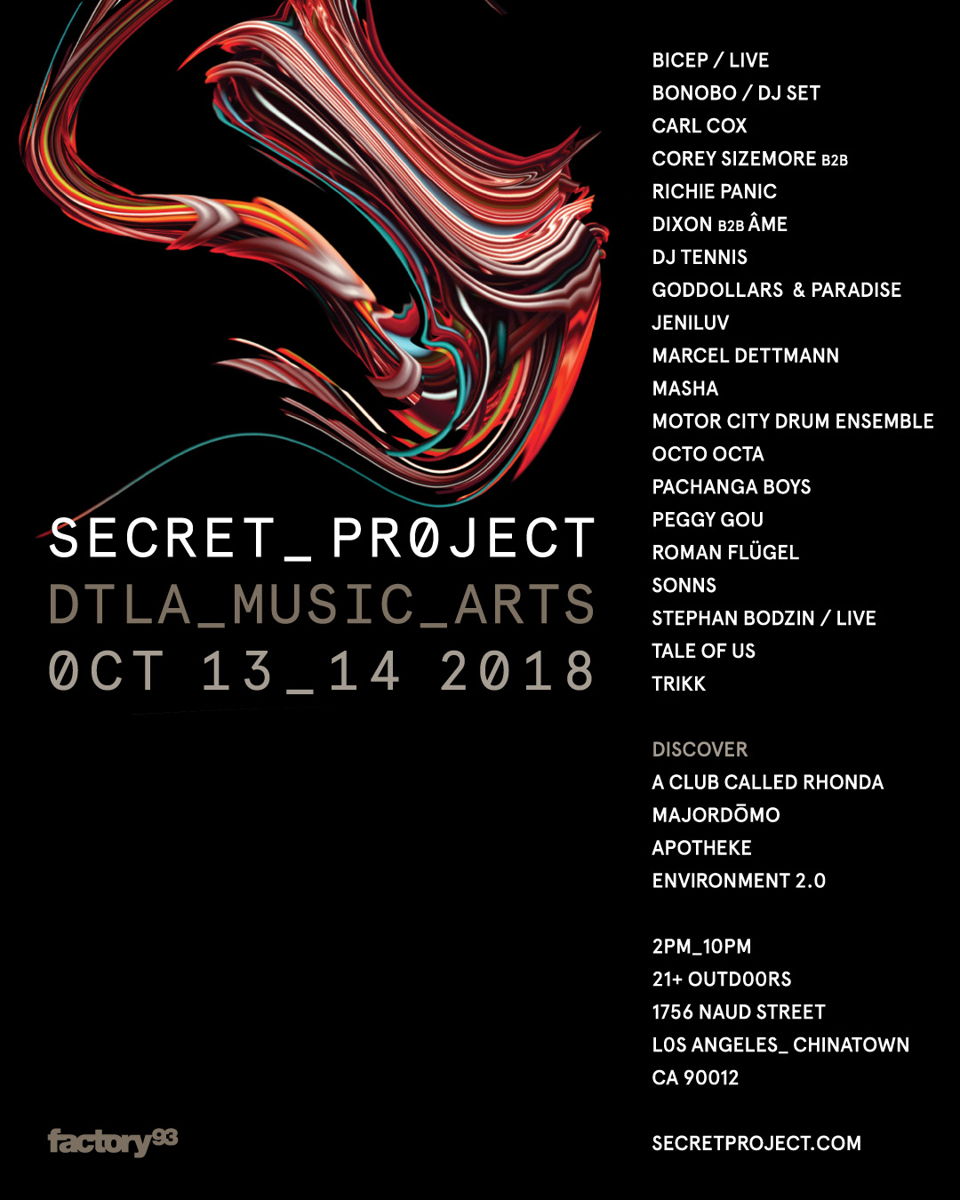