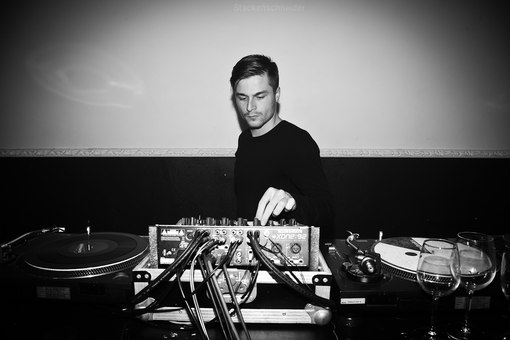 Etapp Kyle shows how it’s done with a sleek new release on Ben Klock’s coveted Klockworks imprint. The Ukrainian-born, Berlin-bred producer is making waves in the scene through consistent show of merit. From bedroom music lover to master on the decks, Etapp Kyle has risen to stardom with recognition of his studio work by some of techno’s key players. The young producer is currently signed to Germany’s respected Ostgut Ton team.

Coming in at Klockworks #16, the four-track press features a mix of smooth umbral techno melodies and ambient aural journeys, a rousing conversation between organic elements and avant-garde pursuit. The A-side includes two tracks, Axiom and Sakura. Axiom is a cup of dark brewed bassy techno for the sophisticate, while Sakura elicits the dreamy sequence of petals falling from the blossom tree it is named after. The B-side ventures toward the deep end with the intermittent airy strings and glassy percussion of Lyrae and nebular refrains in Luna. Etapp Kyle has a unique way with producing imagery and mental landscapes through sound.

KW16 can be purchased on Klockworks.