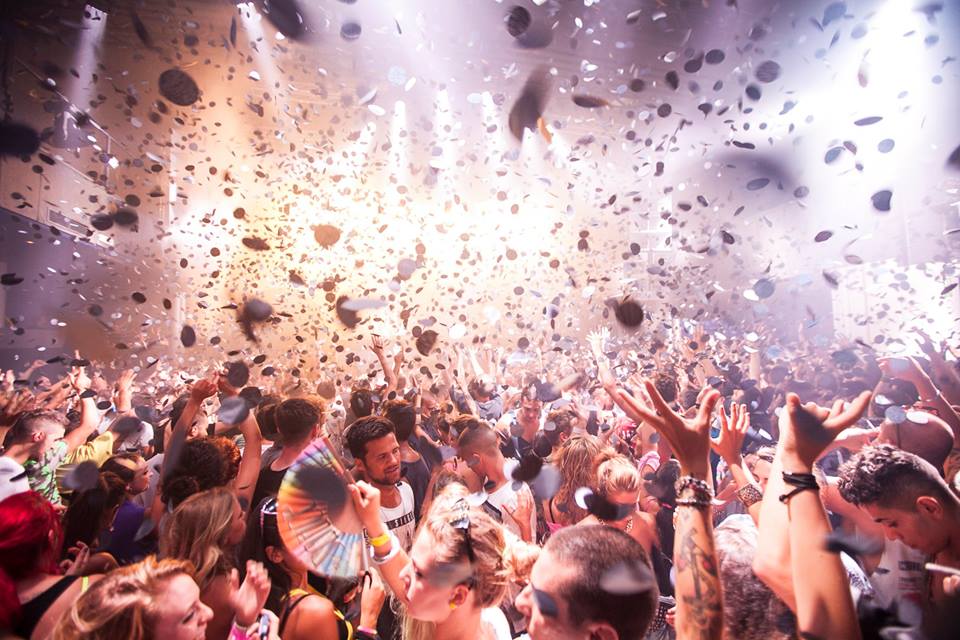 This morning we were hit with the news that as of this season, Richie Hawtin’s ENTER is leaving Space Ibiza and the island. This means that Space, which has already seen Carl Cox announce its departure after the coming season, will most likely be hosting a new concept party on Thursdays as of summer 2016.

The real motives behind the decision are not entirely evident from Hawtin’s Facebook post where he announced the move, but speculation has it that it may be due to Space being bought out by the group that owns Ushuaïa across the street. Space Ibiza’s long-time owners and manager, in particular Pepe Rosello, had built strong ties of friendship with many of the club’s residents over the years and it’s unclear whether this has any bearing on the party moves for both ENTER and Cox’s Revolution.

Hawtin does clarify that ENTER is not ending, but rather the project “will continue to explore site specific events around the world based upon our core principles: Music. Sake. Technology. Experience.” 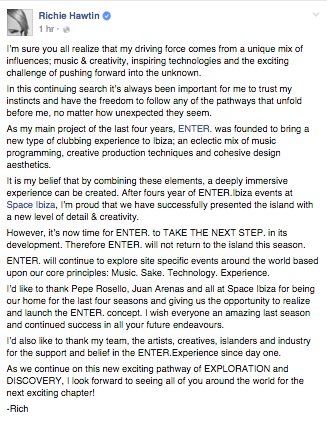