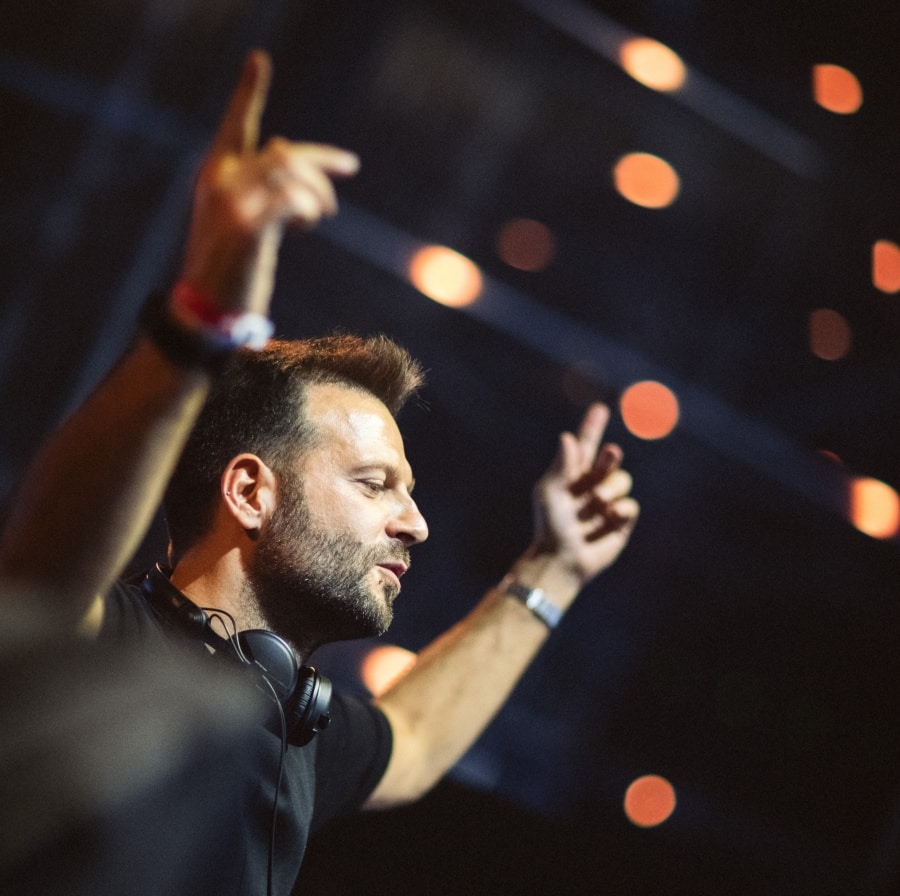 Enrico Sangiuliano debuts his release of Silence EP on his imprint NINETOZERO. Released today, Silence EP is a four-track package with the aim of concentrated and refined techno compositions.

A luminary of anthemic and melodic-driven techno, Enrico Sangiuliano’s path to the upper echelon of dance music has been a rapid, yet authentic one. Taking us on his newest exploration into the world of sound design and story-telling, the Emilia-native unveils the first chapter in a series of opuses under his time-limited NINETOZERO record label. The highly-anticipated countdown of releases begins today with number 9; the 4-track “Silence” EP – out now across all streaming platforms.

The extended-player opens with the reserved ‘inner mix’ of “Silence”; a cinematic masterpiece that challenges the format and flow of techno cuts and instead, radiates a measured and reflective spirit. Bright, twinkling synthwork ebbs and flows between its crisp percussion and distorted bassline, creating a push and pull effect that allows each element its moment in the spotlight. The second offering, “Future Dust”, is teased with the sound of a ticking clock that morphs effortlessly into a strong percussive line, commanded by the raw hollow sensibilities of its kick. The distinct ticking returns to welcome in the break, bringing with it a hypercharged melodic sequence and pitch-bending rave stabs. The components soon flurry together in preparation for the monumental drop, which is succeeded by an unrelenting peak-time worthy drive to the finish.

“New Expression Of Love” is the next to play; a quirky cut with plenty of intrigue and unpredictable twists and turns. Laced with offbeat synth hits that ooze a nostalgic timbre, the tune’s intro airs a subtle swing groove. As it reaches its all-important core, we’re cloaked in an intoxicating melody that serves as pure rapture for the ears, and will no doubt satiate the modern audience’s craving for euphoric sequences. Entering the break, Enrico flares his experimental capabilities, providing us with a moment of break-beat bliss that’s fuelled by acid goodness. A ‘vocal mix’ of “Silence” rounds out the EP with the distinct mantra, ‘we live in silence’, whilst its modular ‘beeps’ signal a countdown clock in reference to the project’s embedded concept of time.

Championing music on a deeper conceptual level, Enrico’s NINETOZERO output is a reflection of his tenacious appetite for evolution and refinement. Producing with a level of finesse well beyond his years, his artistic vibrancy has ensured quick elevation to the top, all the while maintaining a sound that is discernibly his own. Now standing as one of the circuit’s most cherished visionaries, and with an unrivalled back catalogue of Beatport No.1’s to his name, the contemporary sound designer’s first and forthcoming bodies of work under the NINETOZERO umbrella are further proof of his impending rise to dance music royalty.

Enrico Sangiuliano aims to craft a series of art with NINETOZERO and as he quotes:  “As with everything in the universe, the only constant is change,” says Sangiuliano in speaking about his new label. “I’ll go through this evolutionary path for three years, from the beginning to the end — from 9 to 0. Let’s embrace it and grab it while it exists! Nothing lasts forever.”