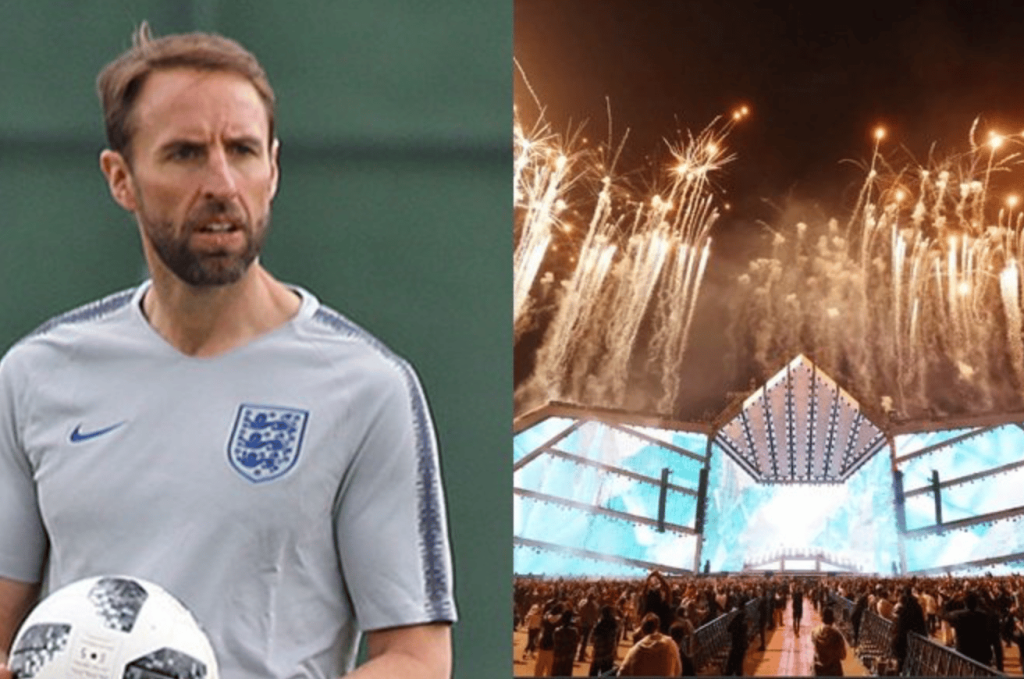 The England squad hotel for the 2022 world cup will be situated close to a “rave” festival — featuring sets from Fatboy Slim, Calvin Harris, Tinie Tempah and Jorja Smith.

The Aravia Music Festival, which runs alongside the Qatar 2022 World Cup from November 21 – December 18, is run by the controversial Saudi-backed festival brand MDLBeast.

With this year’s slogan, “step off the pitch and onto the dancefloor”, the festival has been dubbed by The New Arab as the “largest music festival in the Middle East” with 5,500 festival-goers set to attend.

Reportedly staying at Souq Al Wakra in Al Wakrah, Gareth Southgate’s team will be just two miles of the event.

According to The Telegraph, the England team will be too far away from the festival to be impacted by noise as well as added factors of high walls and lots of privacy.

Last year, DJs were heavily criticised for performing at MDLBEAST’s Riyadh “Soundstorm” festival due to allegations of “culture-washing” from the Saudi government to cover up perceived human rights abuses.

Human Rights Watch said at the time: “Since launching in 2019, MDL Beast has used influencers and music-industry celebrities to rehabilitate the country’s image.

“While the Saudi Public Investment Fund, headed by the abusive Crown Prince Mohammed Bin Salman, doubles down on these efforts to bring bigger and better events to the country, the government has intensified a crackdown on peaceful dissent.

The 2019 edition of the festival came under fire for inviting female influencers – but no female artists to perform.

Speaking on the hotel’s proximity to the music event, the former England captain David Beckham told the podcast The Overlap: “It feels it is in the middle of nowhere and it’s on the beach. What more do you want?”

He continued: “What you look for is tranquillity more than anything. As much as you want a little bit of atmosphere around the hotel, at a tournament, all you care about is the games and it is the perfect set-up.”

David Beckham caused controversy earlier this year after signing a 10-year deal with the Qatari Tourist Board said to be worth £150 million — becoming a culture and tourism ambassador for Qatar.

Human rights organisations have called on celebrities and public figures to “call out” the Qatari government over its treatment of migrant workers in the run up to the World Cup.

Amnesty has dubbed the 2022 tournament “The World Cup of Shame” — due to the alleged mistreatment and forced labour of migrants. Including in the construction of the Khalifa Stadium — which reportedly saw the deaths of more than 6,500 workers.

Qatar’s record on the treatment of LGBTQI+ people and women has also raised concerns for human rights organisations over the safety of fans travelling to the tournament from overseas.

England LGBTQI+ supporters group Three Lions Pride has called upon the FA to “prove” fans will be safe. Qatari official Major General Abdulaziz Abdullah Al Ansari told AP in April that though LGBTQ couples will be “welcomed” to Qatar — they may have rainbow flags and other memorabilia taken away for “their own safety.”