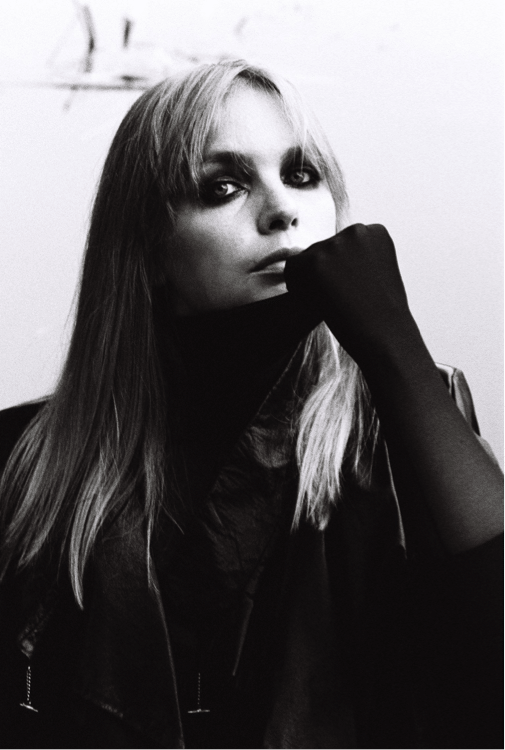 Emika is celebrating 10 years since the release of her debut self-titled album with a trilogy release under the name Vega, including our exclusive premiere of ‘The Anti Universe,’ the first single from this milestone outing.

A new body of work titled ‘Vega’ will be unveiled throughout the year, comprising a trilogy of three collections of songs. This will feature some reimagined versions of classic tracks from her Ninja Tune catalogue, including ‘Professional Loving’ (which was sampled by The Weeknd on his track ‘Professional’). ‘Vega’ will also showcase new material including collaborations with Horace Andy (Massive Attack), Leila Moss (The Duke Spirit), and techno behemoth Rødhåd.

“The Anti Universe is a story of a civilisation on the edge of a new transhuman era, where the need for growing up spiritually was never so important as now.”

Each of the three parts of Vega will have a different theme and sound, demonstrating and celebrating the diversity of Emika’s career to date. Where Part One explores her electronica heritage, Part Two will bring in elements of her two piano albums: Klavirni and Klavirni Temna. Part Three will move away from electronic sounds and explore the neo classic side of Emika’s work, featuring a string quartet. Together, the three parts will form one brand new body of work. The complete project is funded by Initiative Musik Germany.

2021 signifies Emika’s 10th year in the music industry and with that comes time for reflection. Emika says:

“The challenges that lay in front of any career artist are unchanging yet simple. Self-doubt can shatter any artistic vision and the universal illusion that something’s good because it’s got big numbers attached to it. I’ve always managed to find a way past these trials, listen to my heart and push myself hard to make the most outstanding music I possibly can while having faith in my ability to sell it myself. My career path continues to be an incredibly colourful one – I‘ve made many friendships through music and I’m grateful for everyone who has joined my journey so far.”

‘The Anti Universe’ is released across all platforms on February 19. Listen to the exclusive premiere  now:

6AM · Premiere: Emika “The Anti Universe