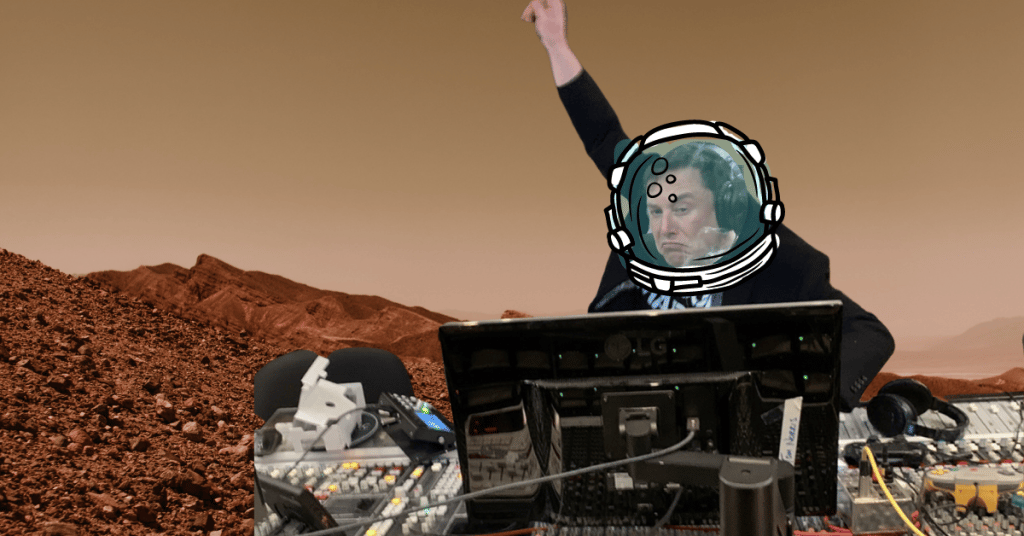 Entrepreneur, CEO, and DJ Elon Musk is set to be the first person to play music at a venue that isn’t Earth this coming fall. The SpaceX chief engineer, having already shown off his brilliant dance moves on multiple occasions, now aims to exhibit his genius on the decks… on the planet Mars.

Musk has proclaimed that his mixing skills are “out of this world,” so much so that he literally needs to display them on a completely different planet. A huge fan of electronic dance music himself, the brainiac has already dabbled into the world of music production in 2020 when he released a techno track titled ‘Don’t Doubt Ur Vibe’. The track was received well from the techno community, and even garnered a remix from the likes of techno legend Sven Vath. Since then, Vath has been tutoring Musk on how to refine his music production, as well as his mixing capabilities.

“I want to play space noises in space,” Musk says, when asked about his inspiration for the upcoming interstellar adventure. “We have always had the techno to give us other worldly experiences, but now we have the technology to do it literally. So I want to facilitate an experience that incorporates both.”

Having only months ago just completed the assembly of “Starship,” allegedly the most powerful rocket ever created in human history, Musk aims to display his new technology while also displaying his love for techno. The vessel was created with intent to set up the first ever self-sustaining colony on Mars, but will be used firstly to set up the first ever DJ set on the planet for now.

Musk says in anticipation of the show.

Read Next: Dance Music Yearbook: Snapshots of Techno & House DJs Before Their Glow Up

The event will take place this fall and will be livestreamed and available for all of those that have subscribed to the SpaceX mailing list. To subscribe and ensure your viewing spot for the astronomical event, click here.