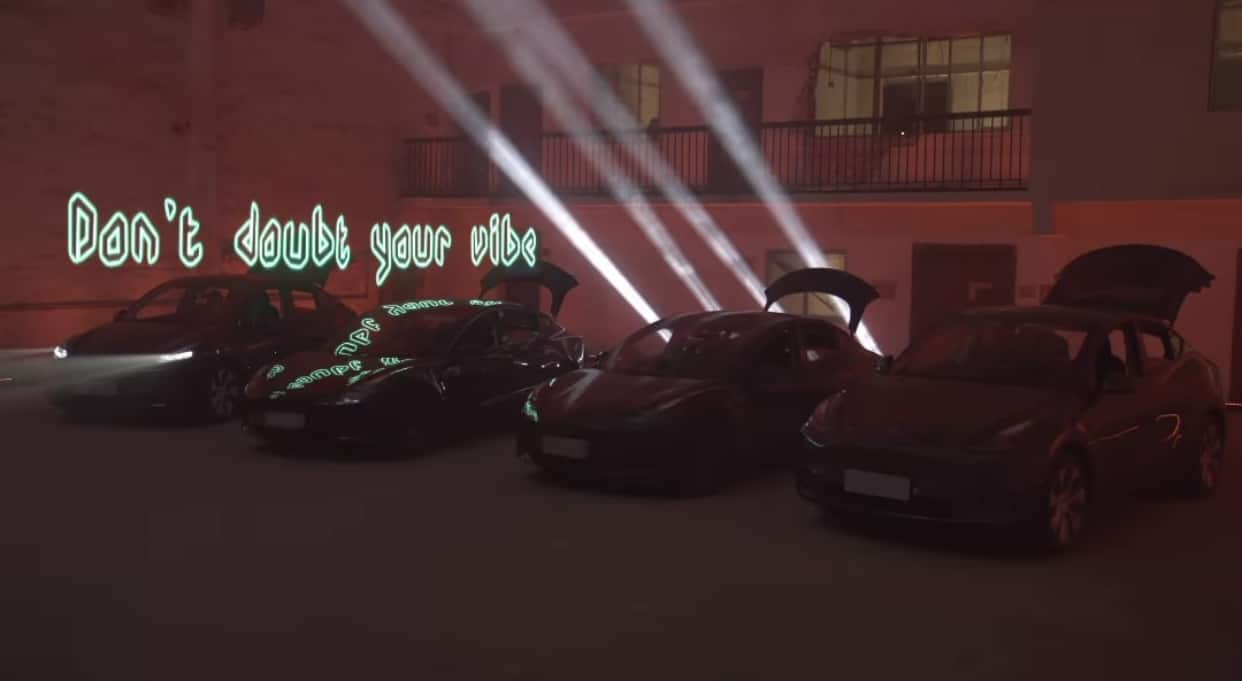 Elon Musk has dropped a music video for his 2020-released vocal house track ‘”Don’t Doubt Your Vibe”. The video also doubles up as an advert for the entrepreneur’s Tesla business, soundtracked by Musk’s progressive house cut, featuring the latest car models Y and 3.

The video was produced by Tesla’s China team who prepped the cars and taught them to program their own lighting to put on a light display. The cars put on a mini rave in what appears to be an old warehouse alongside the track’s lyrics which appear behind the Teslas in bright, LED lettering.

The Tesla CEO first created the progressive house number in 2019, dropping in early 2020 as his production debut via L.A.’s Emo G Records. The track even featured vocals from the billionaire himself. The new music video was quite plainly captioned “vibes“, and gave no hints at any new features or updates. However, fans are now speculating whether new lighting features are on their way.

Read Next: Even Elon Musk Gets Turned Down At Berghain?

In 2020, following the track’s release, Elon Musk was awarded the Axel-Springer Award for “outstanding personalities who are particularly innovative”. At the ceremony, Sven Väth gifted the businessman with a special one-off compilation serving as a “soundtrack for space travel”, according to the Cocoon label boss. The compilation featured two remixes of Musk’s “Don’t Doubt Your Vibe”.

Two years on, Elon Musk and Sven Väth teamed back up at the opening of the Tesla gigafactory in Berlin. “I played some techno beats for his opening of the really gigantic GIGAFACTORY!!!” Väth explained after the show, where he performed in front of thousands.