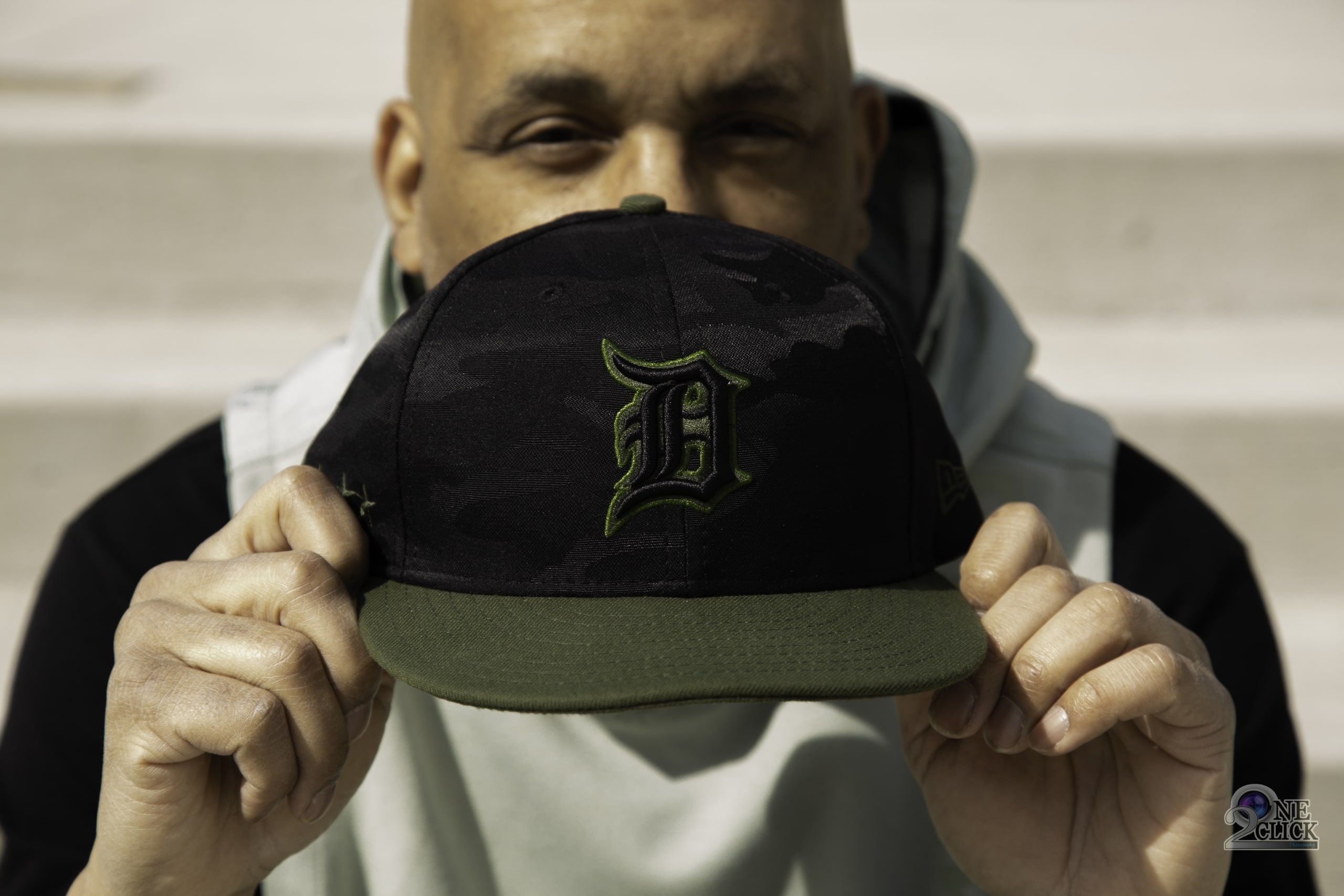 Racism in Techno exists and it has, unfortunately, been around for decades. Eddie Fowlkes certainly agrees, and if you take a look at any of Jeff Mills’ Facebook posts from the last 3-4 months you will find plenty of evidence of it.

Eddie Fowlkes is the history of Detroit Techno and not just because his handprints are cemented in the Detroit Historical Museum’s “Legends Plaza.” His 30+ years of moving a dancefloor and his 150+ deep catalog of soulful classics speak for themselves. So when he speaks, we listen.

I don’t think racism is something you can have a take on, you are either actively against racism or complicit with racism and the racists in power. – Eddie Fowlkes

In a year plagued (pun intended) by both a pandemic and civil unrest we, lovers of techno, have had to come to terms with some stark realities. Not only have all music events and parties come to a screeching halt, but important issues of racism in our scene and industry have come to the forefront of the conversation and are finally being confronted after years of being swept under the rug.

So where does this leave a legend of Techno like Eddie Fowlkes?

Last week he joined the Global Vibe Radio family last week with one hour of soul-filled techno cuts that had us grooving from start to finish. Today, we listen to his words and share them with you.

Hi Eddie, thank you so much for the live stream and mix you did with us! I know this is a loaded question but… how have you been?

You’re Detroit through and through. Did you spend these lockdown months there?

Yes, no travelling—strictly in Detroit.

How did you keep busy? Did you devote time to any new activities or hobbies?

Yes, I picked up golfing and spent a lot of time at the beach during the day, spending my nights in my studio.

You’ve been DJing for three decades now. Did you miss being able to play in front of a crowd?

Of course, I miss it every day. Right now, you don’t have a crowd to test out your new music or the music selection you choose to play — you know, to keep your ear trained to what takes the crowd to the next level.

You’ve always been known for seamlessly going from techno to house, and back. And of course that is your Techno Soul signature sound. What do you feel your main inspiration is as an artist in producing and playing this sound?

I feel as a DJ you should be able to do two different genres and being one of the originators of techno and the genre of technosoul, I know how to affect two different groups of listeners at the same time. As I grew up in Detroit, I’m not going to suppress the soul in me nor the techno music we created as kids. And of course, it has to be funky!

As long as I receive my respect in Detroit I couldn’t care less about what a magazine labels me as they weren’t there and might not have even been born back then. – Eddie Fowlkes

In your long career you’ve gotten to know, play alongside of, and collaborate with a long series of fantastic artists. Are there any artists still today you’d like to collaborate with?

Yes, I would like to work with Moritz von Oswald — we did two projects together (I started the 3MB series with him, as well as Thomas Feldman) and we created some good projects.

In the past you’ve had your say regarding “The Belleville Three” and the separation you feel that label brings to Detroit Techno as a genre and as a movement. I also know that, similarly with Chicago and House pioneers there, there are various “adjectives” and descriptors used for DJs in these two cities, such as “Godfather,” “Originator,” “Innovator” and so on. Of course I know that you use the “Originator” monicker and I see why. Do you feel the use of these terms can also cause division, or confusion, in claiming who is responsible for what aspect of the history of the genre in question, whether it be house or techno?

No, I don’t think it’s confusing or divisive because everything you do and have done has been time-stamped by musical releases (vinyl). I’m not going to let a magazine tell me where I stand, I tell them where I stand, like hey, I’m the Godfather of this… there is no competition with anybody in Detroit.

As long as I receive my respect in Detroit I couldn’t care less about what a magazine labels me as they weren’t there and might not have even been born back then.

Do you feel you and Derrick May will ever have a proper clarification and squash things?

No, he knows how history stands and if he relinquishes what went down, then maybe he can mend with himself and accept the truth. 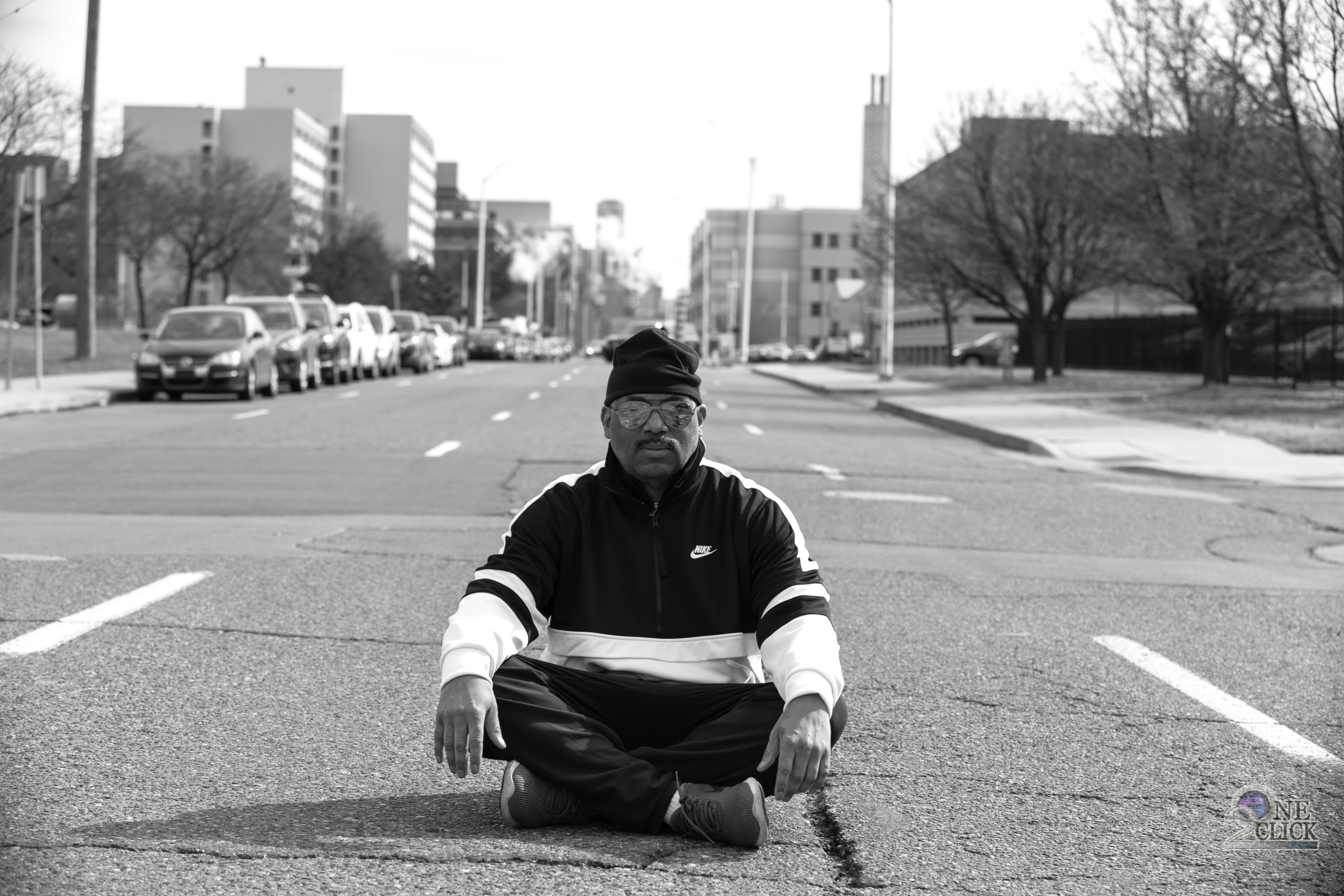 Let’s look at the present: are there any younger or up-and-coming Detroit producers/DJs that you are keeping an eye and ear on?

The issue of racism has once more taken center stage up in conversations around this country and abroad… and rightly so. I saw a video you posted recently where you were being racially profiled/targeted on 4th of July weekend for firing fireworks on your own property. What is your take on this issue and what we are facing in the U.S.?

Racism has always been around, whether it be systemic or blatant, and I am glad that the Black Lives Matter movement has been growing — as it has been around for years now.

I don’t think racism is something you can have a take on, you are either actively against racism or complicit with racism and the racists in power.

Do you feel the issue of racism ever improved, or was it just hidden/ignored until it resurfaced recently?

As previously stated, racism has always been around. It was never hidden, people just did not—and frankly, many still do not—care. With that being said, there are a lot of people and companies putting out statements saying they stand with Black Lives Matter—while engaging in anti-blackness and racism.

Additionally, in America, I have noticed that people do not care unless things affect them directly, i.e. being for Donald Trump but then only being against him when certain policies directly affect them—but not when they affect minorities and are discriminatory.

Have you experienced racism in techno in any way?

Yes, but I feel it more in America than in Europe.

One of the hot topics in our industry/scene has been the lack of education and resultant racism on behalf of techno “fans” who refuse or at best simply do not acknowledge Detroit’s role in the existence of techno, and how essential (for lack of a better word) black artists have been to the foundation of techno as well as many other musical genres. Why do you think this is happening?

When you have big clubs in cities like LA, Vegas, and NYC, those who run the music scene have nieces, nephews, and children who don’t know anything about the music and ask their friends to DJ for techno and they play it—knowing nothing about the proper history of it.

This then perpetuates the idea that, “hey I can do this because Billy can, because he got a shot,” knowing their music collection is horrible. When they are from Utah or Wyoming, they don’t know anything about Detroit techno, only what is presented to them. This creates a lack of education, so when somebody says, “hey this came from Detroit,” they disagree because they were fed European techno. It’s akin to the ’50s and ’60s in America where Black people made all the good music yet they were not given the recognition.

What do you think are some constructive ways we can combat this issue of racism in the world of techno?

More press, simple as that, because you can DJ all the parties you want and at all the festivals you want, but most of these kids don’t know nor care about who is on stage.

And last question, what are some pieces of advice you’d give young, aspiring black electronic music artists today?

I say this to all young aspiring electronic music artists, regardless of race: Study your history, of who came before you, black or white. There are a lot of young European producers out there who I tell the same thing, to put in work!