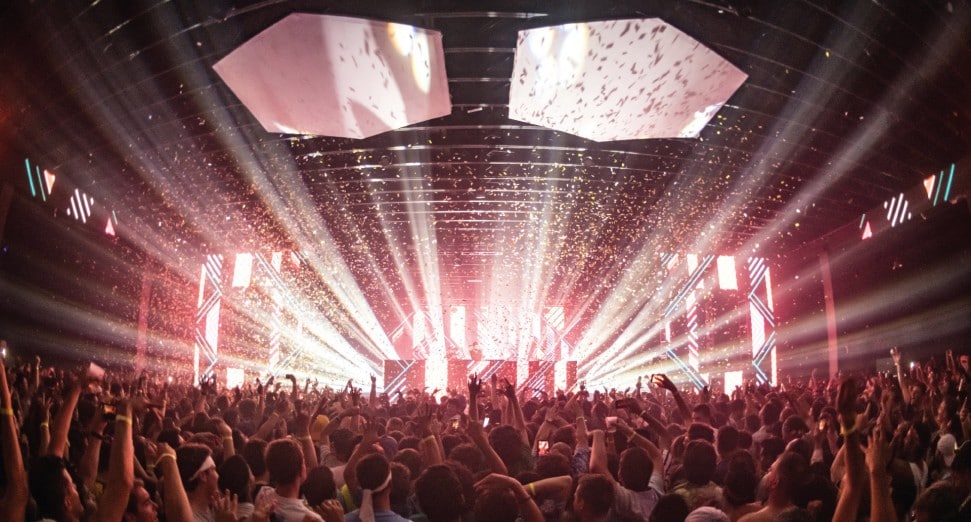 Clubs have had a rather quiet 16 months, and some have even sadly shut down their doors permanently. Even as clubs around the world have announced plans to stay closed until November, thanks to nightlife’s solidarity some stages have been able to survive the economic slumber. Venues have turned to outdoor dining spaces while others have opened their doors to epic live streams. While ravers look forward to the return of clubbing, these clubs are ready to have you.  Where to go first? Why not Echostage? It was voted as No.1 World’s Best Club via DJ Mag.

Follow this link to support nightlife organizations during this period.

According to DJ Mag, the Stateside music venue located in Washington, D.C. ranks as the world’s best club for its spacious set-up and luscious sound:

Taking up over 30,000 square feet, Echostage has all the trappings you’d expect of a No.1 venue. The soundsystem is a d&b audiotechnik V-Series with D80 amplifiers, pumping out 48,000 watts of superior sound, while the senses are further stimulated by dazzling lasers, confetti cannons and cryo-jets. The capacious, warehouse-inspired space is flanked by 60-foot bars, while a VIP mezzanine perches above the dancefloor, kitted out with a plethora of bottle-service tables. This attention to detail complements the artists that Echostage showcases: household names from across the dance music spectrum. REZZ, Armin van Buuren, Eric Prydz, Black Coffee and Claude VonStroke all played before the pandemic hit, indicating the venue’s skilful bookings across house, techno, trance, progressive and EDM styles, while the club has also hosted gigs from famous pop and hip-hop artists such as Lorde, Miley Cyrus and Cardi B.

This is the first time Echostage ranks in the readers’ poll of the world’s best clubs. It’s welcomed a variety of musical talent flavors from pop to hip-hop and everything in between. Its impressive hybrid stage has hosted both live shows and DJ sets across all spectrums of dance music.

Looking at who rounds out the Top 5 Clubs in the poll, it’s no surprise Spain holds its ground:

If you’re wondering where the infamous Berlin nightclub Berghain stands. Well, it sits pretty at No. 6.  Check out the other 99 clubs who ranked in the Top 100 Clubs Poll.