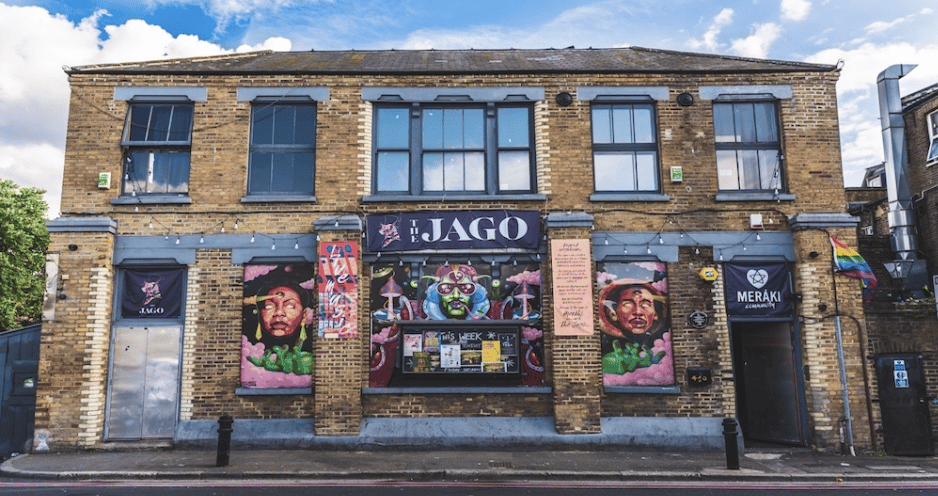 The future of venues in Dalston, East London, could be at risk due to noise complaints.

The Jago, FKA Passing Clouds, escaped re-development when Hackney Council designated the space an Asset of Community Value so it could continue under The Jago’s management. But the venue was recently issued with a noise abatement notice, which included a list of protocols to follow alongside a looming threat of further action.

The Jago also spent £10,000 on an acoustics company to carry out a sound check “next to the window of the person who complained about us,” venue manager, Kwame Otiende, told Resident Advisor.

Multiple complaints from a single resident can cause huge problems for Dalston’s venues, even for those who have already had their late licenses revoked. “Every complaint goes on record against you,” Otiende said. “It could mean you get a warning or fine, get your equipment taken away or be summoned to court and pay up to £20,000 in fees—not everyone can afford this.”

While venues have soundproofing, it’s difficult to know whether noise levels will lead to complaints. “No one’s told us ‘you can’t go louder than 85 decibels,'” Otiende added. “So we’re constantly stressing if the levels are too high. The worst thing is the uncertainty of not knowing when a council officer will turn up to tell us ‘it’s too loud you have to close early.’ Their opinion on the matter is subjective because they don’t actually measure sound. They need to tell us what levels to keep music at.”

This uncertainty creates an environment unconducive to business. “We can’t stop the council making money from handing out planning permissions to developers, but they need to understand they can’t sell Hackney as a vibrant cultural space and restrict opening hours of venues at the same time,” he said.

Read Next: Recording Studios could Face Closure due to Rocketing Energy Prices

According to Clara Cullen, spokesperson at the Music Venues Trust, “venues are often accused of being a noise nuisance without substantive evidence. There needs to be a set process that Environmental Health Officers follow if they receive a noise complaint, including taking noise measurements and involving venues in that process.”

Also, she added, venues under “intense scrutiny” face a “very oppressive environment” while residents are prioritised over existing businesses.

Nearby pub The Haggerston was also affected when its late-night license was revoked. As a result, the venue’s legendary Jam Sessions event, which has been running for 25 years, ground to a halt.

Speaking to RA, the pub’s general manager, LJ Lowe, said the revocation was related to a different incident. But previous noise complaints had strained the venue’s business and put livelihoods in jeopardy.

“We strongly support The Jago’s campaign to protect music venues from noise complaints,” he said. “Without music venues like ours, other businesses in the areas wouldn’t exist. Hopefully this petition will help keep this borough and the city’s vibrant cultural hub alive for many more years to come.”

Though venues are currently in talks with locals and Hackney Council, Lowe said they also live in fear that residents with “no interest in our rich cultural history would rather see important cultural places closed.”

“This is a professional judgment that can be appealed in a magistrates court if a venue feels it is unjustified,” she said.

Read Next: Festicket Pursues “Rescue Deal” as it Enters Moratorium

Fajana-Thomas added that Hackney council is “extremely proud” of the borough’s reputation as a thriving cultural hub, but also tries to balance this with residents’ concerns. “Noise regulations aren’t new, if it’s after 11 PM, venues must present noise from disturbing neighbouring properties.”

Cllr Fajana-Thomas and the Mayor of Hackney, Philip Glanville, have arranged to meet with The Jago to discuss the issues raised. We’ll report more on this story as it unfolds.