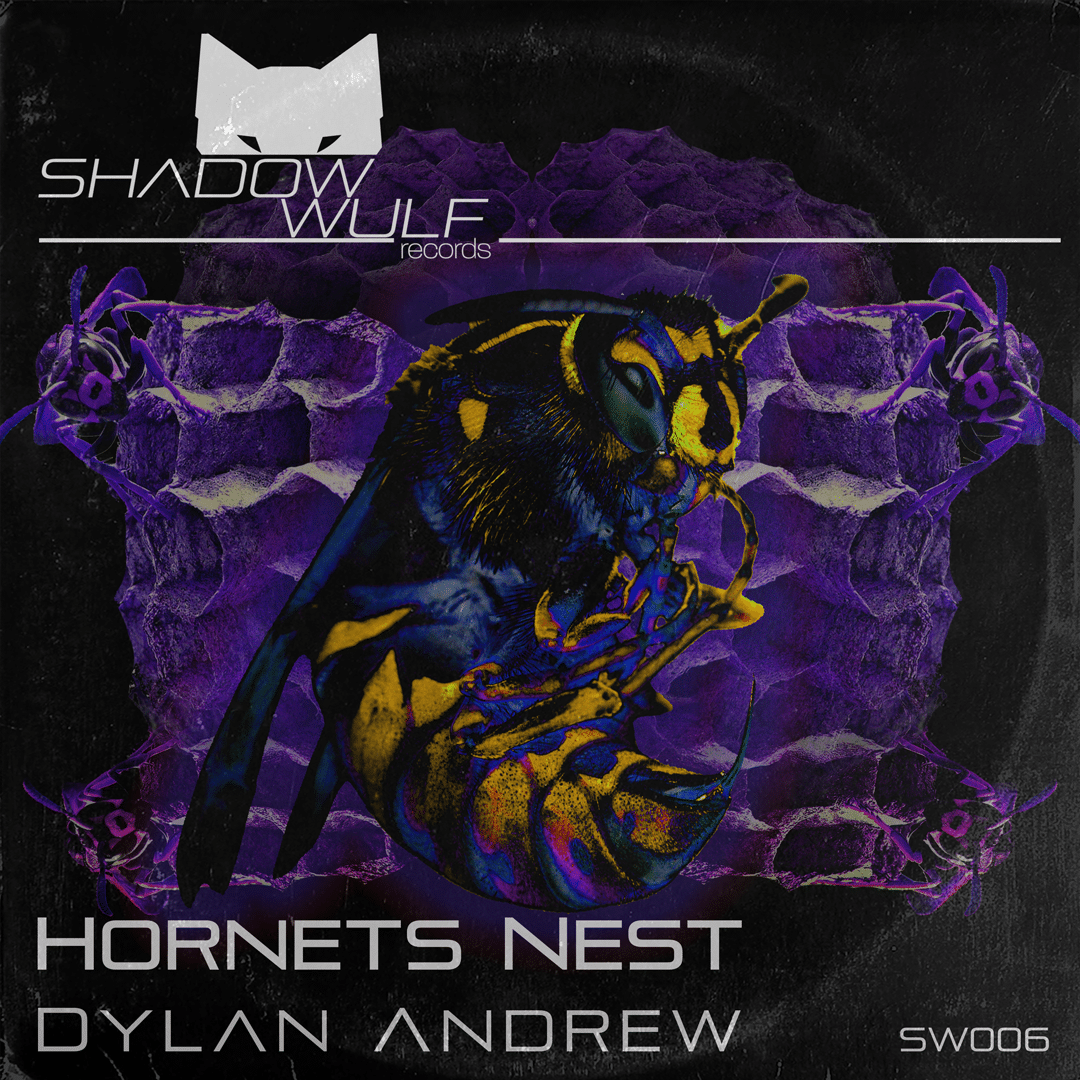 The second track on the EP, “Orbit,” is a collaborative effort with fellow San Diego producer Memo Rex. Orbit thrills in its unique minimal and funky weirdness, a solid techno weapon filled with gritty and sinister sounds, cosmic arps, acid deviations, clever sequences, and tempo changes keep this track evolving from start to finish, enticing in its otherworldly journey, and keeping listeners guessing along the way.

On remix duties are Maksim Dark and Shadow Wulf label boss Crescendoll. Maksim Dark’s remix features a deep, dark and rolling bassline. It’s multi-layered swelling in and out with expert precision. He’s introduced saucy little effects and synths along with bold drums and a stomping groove. Crescendoll brings a heavier sound to this minimal groover. Her remix flirts with the original stems while adding a swinging mid-bass, playful percussion and massive synths. Her signature twisted psychedelic effects give the track a unique psytech feel.

I made the title track, Hornet’s Nest, specifically for Shadow Wulf, taking a slightly more minimal approach to my production. Orbit is a track Memo and I made, and we always knew we wanted to find a special home for it.

If I am totally transparent, no artist has shaped my sound over the past two years more than Maksim Dark. I’ve downloaded every track he’s ever released and beat half of them to death on the DJ circuit. The track is so different from the original, and while so typical of his sound and style, those wet bass stabs are not something I’ve ever heard him incorporate in his music… it’s so rad. As for Crescendoll, I know her music pretty well and I know what she is capable of as an artist, and I knew she was going to crush this remix. I hope everyone enjoys them at least half as much as I do. Thanks so very much to the Shadow Wulf team

Currently based in Southern California, Dylan has the passion stereotypical of his Argentinian blood and a sound that is deeply rooted in Berlin. Focused on techno, minimal, and progressive, Dylan Andrew has quickly established himself as a house and techno DJ in the Southern California underground circuit. He’s become known for his dark, sultry and epic stories told through two channels of a mixer. Having played at music festivals and nightclubs across the US, as well as Mexico, Costa Rica, Iceland, and Ireland, as an artist, he is hell-bent to continue combining his obsessions of music, world travel, and connecting with new faces.