Dustin Zahn: A Career Carved Out of Hard Work, Tenacity and Persistence 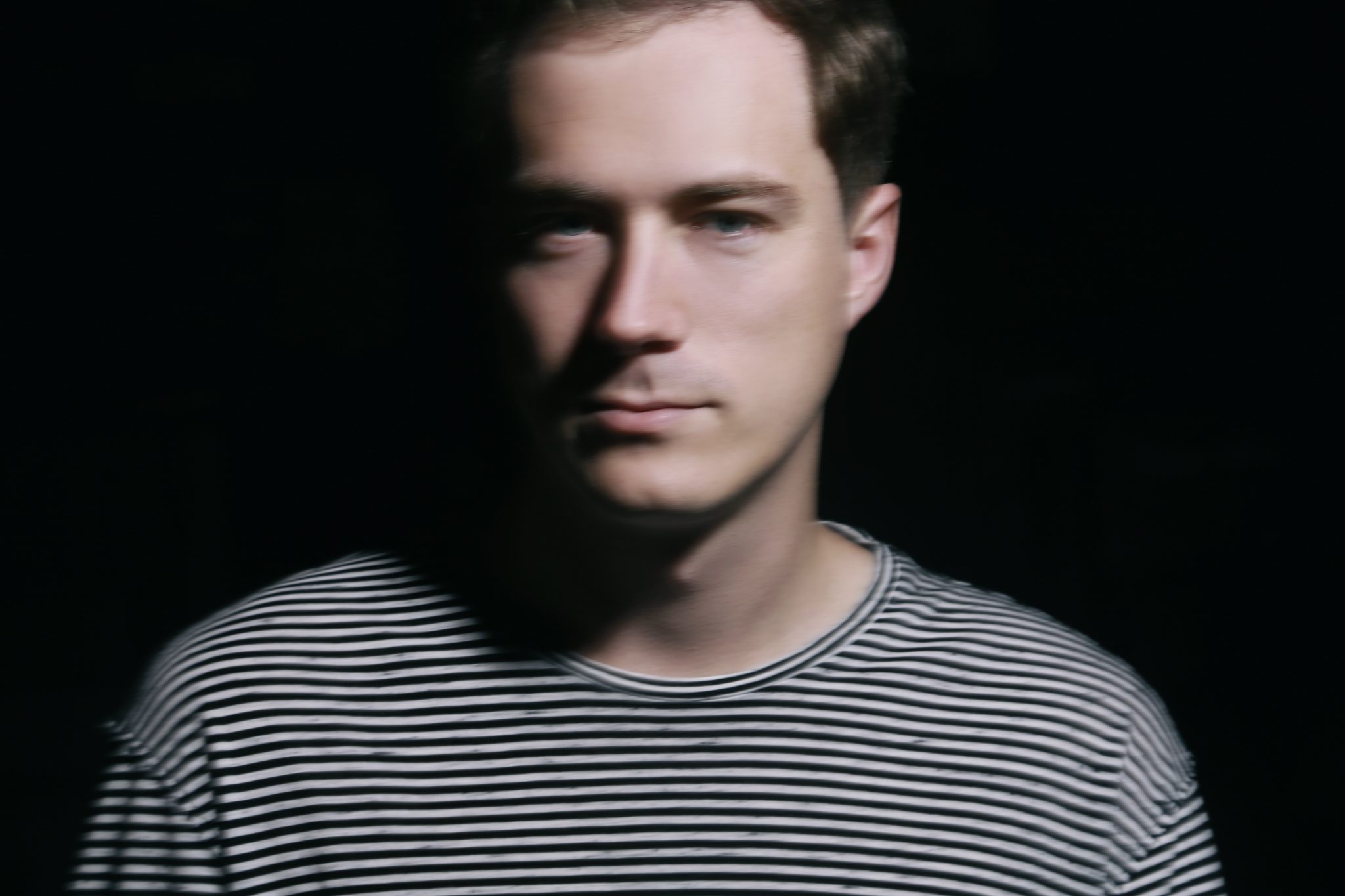 Dustin Zahn: A Career Carved Out of Hard Work, Tenacity and Persistence

Dustin Zahn’s various biographies on the internet do not contain any particularly alluring or exciting background stories, leaving me to wonder if it’s out of choice or simply because, as one particular bio states, “there are no breakthrough moments or mentors who have taken him under their wing.”

It does not take me long though, to realize that perhaps Dustin’s story is one that simply mirrors his Midwestern upbringing: a career carved out by nearly two decades of hard work, tenacity and persistence. There is no denying that since 1998 his output in the studio and behind the decks have gained him international notoriety and respect within the techno scene and beyond, all thanks to a sound that embodies diversity and quality as its primary attributes.

Born in Wisconsin, Dustin first discovered electronic music and his love for techno in Minneapolis, where he grew up after moving as a child. Although Minneapolis’ techno history is rich, Dustin relocated to Berlin after the turn of the century to further his goals as a producer, DJ and to head his own Enemy Records imprint. He has been performing regularly at some of the most reputable clubs and festivals in the world since, with a few dark warehouses and beach parties sprinkled in between. On top of releasing on his own label he has had tracks come out on Drumcode, REK’D, CLR, Mindshake, Truesoul and more, always striving to produce and play music that is both dark and groovy, seamlessly blurring genres to create a signature, hypnotic sound that isn’t common amongst other artists. He has also launched the fantastic Train Wreck podcast, a talk-show series that sees him chat with house and techno artists from all over the world over a glass or two, discussing music industry related topics as well as more personal stories, opinions and daily-life anecdotes from the DJs and producers themselves.

On March 11th Dustin is returning to the Los Angeles underground for WORK‘s first collaboration of the year with Incognito, a warehouse affair that sees him billed with Smartbar Chicago and Oktave resident Jeff Derringer, as well as LA’s very own JIA and Gerard Not Gerald. We had a chat with him ahead of his visit to talk about what he has been up to and what lays ahead in the years to come.

Not that you need any introductions, but you aren’t a man too fond of descriptive biographies and in fact, I had a laugh or too reading yours on Facebook. Is there a reason for this?

Not really. They’re just hard to write. These days I can’t find anyone who has nice things to say about me so there’s no new biography!

You’re originally from Wisconsin, grew up in Minneapolis but now live in Berlin. Do you ever miss being back in the Midwest?

No. I’m in the Midwest quite a bit actually… maybe 2-3 months total per year between various trips and tours.

In a recent article about the techno scene in the States you mention the long travel times as one of the focal reason why artists choose to live in Europe rather than the US. With that said, do you think the States will at any point have such a thriving techno scene where that won’t matter?

No. But I swore Trump would never be president either and look how that turned out! The ’90s rave scene was pretty cool so it could happen I guess. Man, that would be so cool if it happened though.

Perhaps you have already answered this but would you consider ever moving back to the States and Minneapolis in particular?

Totally. To be honest, I partially moved back in 2014 for family reasons but that didn’t last long. I’m still a massive fan of Minneapolis for a variety of reasons. That being said… aside from a couple nice venues, it’s devoid of culture outside of white people stuff. It’s just tons of Under Armour and microbreweries. That is strange considering how many great musicians and artists are living there. 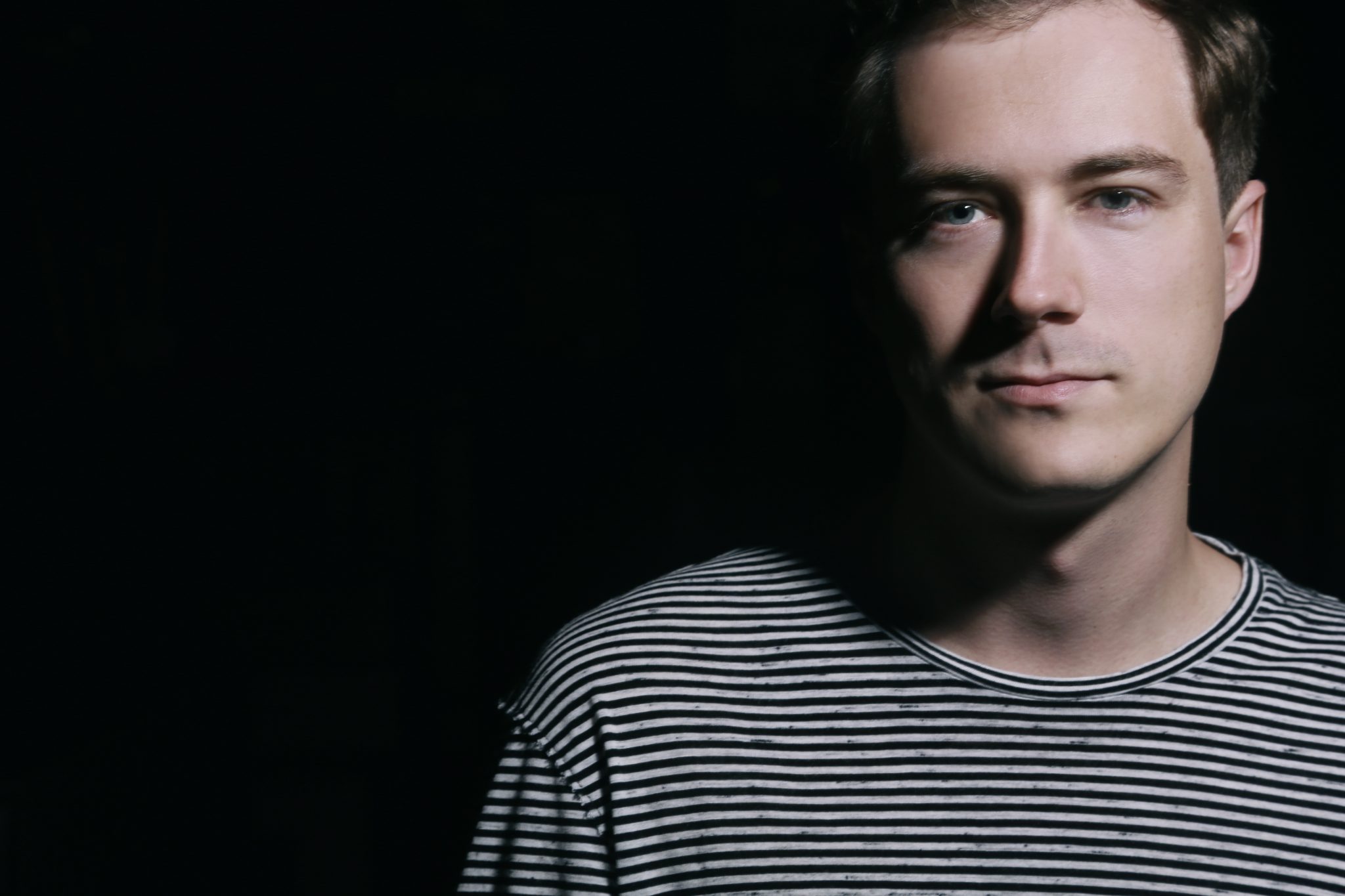 What’s colder, the Midwest or Berlin?

The Midwest by far.

Which of the two cities has the best food, Minneapolis or Berlin?

Your train wrecks podcast series are both insightful and hilarious! How did the idea to produce them first come to you?

I’ve been into the podcast ‘thing’ since iTunes released support for it in 2004. Of course it was more common with music at first I think… but once comedians jumped on board, I knew it was the future. Terrestrial radio isn’t dead like most people claim, but it’s too controlled. Satellite radio is great, but it’s delegated to a select few like Howard Stern. Podcasting opens up all of this potential to everybody.

I actually had the idea for the podcast a long time ago, long before people like Joe Rogan started his podcast. I suggested it to friends and unless they were clued into comedians, they didn’t get it yet. Instead, it was just something I talked about very occasionally for years. I even bought the equipment, which sat in a box for well over a year before I opened any of it. I wasn’t and I’m still not a fan of being in the spotlight so the idea of hosting it was unappealing.

As people came to visit in Berlin, I expected them to say the best part of their trip was getting wasted at clubs or something. Instead, they said it was actually the following days where they were hanging out with a few DJs at the bar sharing war stories. It justified my idea for the podcast since this was exactly what I had in mind.

Finally, I just decided to do it because nobody else was going to. A few have popped up since Train Wrecks, but not many. Rave Curious is the only other one I am aware of that is more conversational-based. The other podcasts seem more academic like a standard interview. Regardless of how someone chooses to approach their podcast, I firmly believe that in the future, new podcasts like mine will be a big part of the scene.

Are there one or two episodes that remain your favorite to this day?

The first one, because I rarely ever see Moe (drumcell) drunk. Honestly, it’s exactly the same way things go when the microphones are off, so it was just a recording of us fucking around and having a good time.

You’ve released on esteemed labels such as Drumcode, Mindshake, CLR, Droid and your own Enemy Records and Abiotic. Can we expect any releases from you in 2017?

Definitely. I have a remix for Ambivalent coming up on my own label, Enemy, in March. I think there will be a single on Enemy before the summer as well. I’m notorious for having tons of unreleased music so it just comes down to being in the right mood to pick tracks out for a release.

Your last DJ Chart on RA contains some fantastic tracks by the likes of Cassegrain, Mike Parker & Donato Dozzy, Prince of Denmark and Tessela. Are there any particular artist you think is killing it in the studio right now?

Truncate always has good stuff, and he is really diversifying. Eduardo de la Calle is better than ever. Same for Mike Parker. DJ Sottofett is one of the most diverse and underrated producers out there right now. Convextion’s recent output is on fleek, as the kids say.

Is Berghain/Panorama Bar still your favorite club? How much has it changed (if at all) since you moved to Berlin in 2011?

It’s cool I suppose. I don’t go so often anymore. It has changed a lot in the past 6 years. I’ve been going since the beginning so it has changed drastically. I’m not implying a ‘good’ or ‘bad’ connotation. It’s just different.

In 2011 you said that you hoped that by 2021 we would find you on a boat somewhere just off the coast of somewhere warm and sunny with a beautiful wife and some kids. You also hoped we wouldn’t find you in a club. How is that trajectory looking in 2017?

Haha, where did I say that? That sounds like a good time. A dream like that will always be outside of the techno pay grade. I think I’ll probably be performing music in some limited capacity forever. I don’t like to travel for gigs very much anymore, but I need to play otherwise I get depressed. I guess I’ve become the cliché musician! 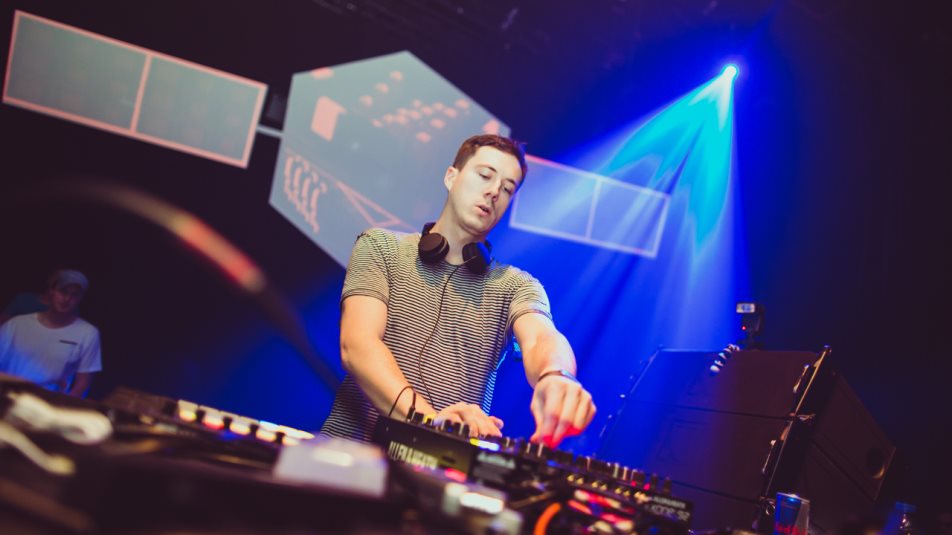 Do you feel your goals for the coming years have changed since?

I’ve actually never had any major goals to be honest. There were never expectations. It was simply just for fun and maybe a few extra bucks if I was lucky. When I bought my first records people said, “Come play at my house party.” Yeah, ok! Then it was “Wouldn’t it be cool to see our logo spinning around on a platter?” So we started a record label for shits and giggles. It just kept building up to things like “You’re going to pay me money to come play in Japan?!”

I’m moving into what I consider to be the third phase of my career and I’ve accomplished most of what I set out to do. So, my current goals are simply focused on studio efforts.

I built a badass studio and now I have the technical knowledge so its time to see what else I’m capable of. On top of making more techno EPs, I also want to explore other genres and work with session musicians. This is a long-term goal so don’t expect to hear those results any time soon.

We are excited to have you in Los Angeles with Jeff Derringer next month. You’ve played in LA before… any memories from past visits you’d like to share with us?

I don’t have any crazy LA stories to be honest, but I’m constantly impressed by LA when I’m there. Everyone loves to talk so much shit about LA, and maybe at times its rightfully so… but the sheer amount of options and potential for so many walks of life is incredible. I don’t really know of anywhere else that can offer something like that in such multitude.

Any favorite spots you hit up in LA when you visit?

I just like to go to the ocean. It’s just something I try to do any time I’m near one. I grew up in the Midwest and I live in land-locked Berlin, so you have to take those chances when you get them. Also, tacos.