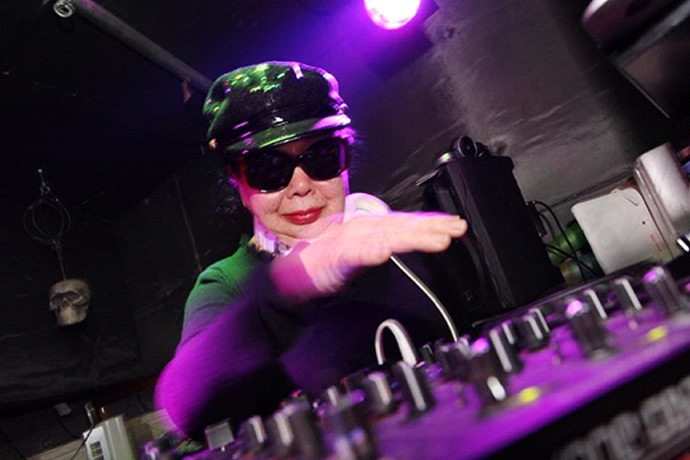 Normally, people in the 60-and-above age group are the last people one would think would have even a remote interest in electronic music. However, 82-year old Sumiko Iwamuro of Tokyo, Japan is a huge exemption in this case.

Not only does she have an interest in electronic music, she actually plays such music as a DJ in the DecaBarZ nightclub in Tokyo’s Shinjuku district.

Known in the scene as DJ Sumirock, Sumiko performs in said nightclub once a month. Age aside, she is also known for her unique take on techno music, mixing it with unlikely elements such as jazz, French chanson, and even classical music, delighting club-goers the process.

Sumiko has only been performing as a DJ for the past 12 years, having first started at the age of 70. Aside from being a DJ at night, she works in the day running a dumpling restaurant along with her brother.

Though she has been doing the DJ gig for a while now, DJ Sumirock is getting more recognition since she was featured in AlJazeera recently. And it is well deserved!