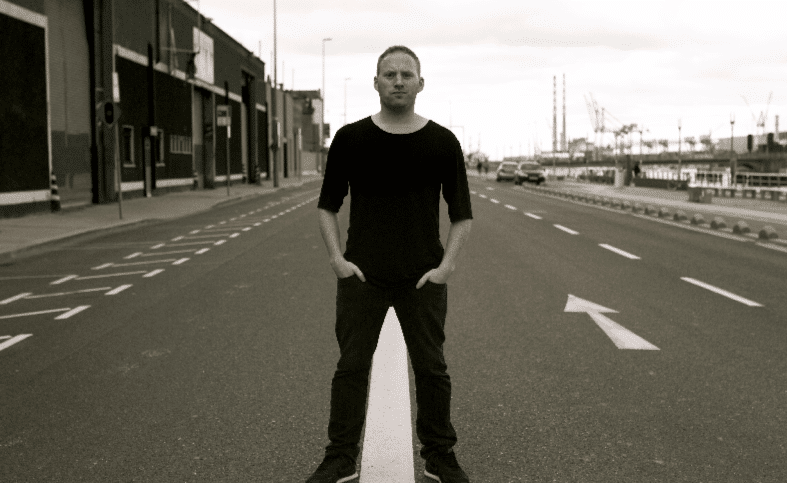 He might have followed a familiar path to Berlin, but Hybrasil is very much a Dublin man at heart. An individual who seems to be enjoying a fine time of it of late, he has enjoyed a particularly prolific summer, with gigs alongside the likes of Carl Cox, Sam Pagagnini and Len Faki (all in Ibiza) among those worthy of note.

As well as being a DJ and label owner, Hybrasil is a also a prolific producer and live act — and it’s within this domain where his talents really shine through. His latest release for Gregor Tresher’s Break New Soil, the ‘Ascended’ EP is a fine indication of where this man is at sound-wise right now and is the sort of release that’s indicative of Hybrasil’s long stint in the production game.

Recently Hybrail released his Ascended EP on Break New Soil, which you can find here.

For the latest in our City Guide feature, we got in touch with Hybrasil, as he gave us the lowdown on his favorite restaurants, pubs, clubs and record stores that Dublin has to offer. 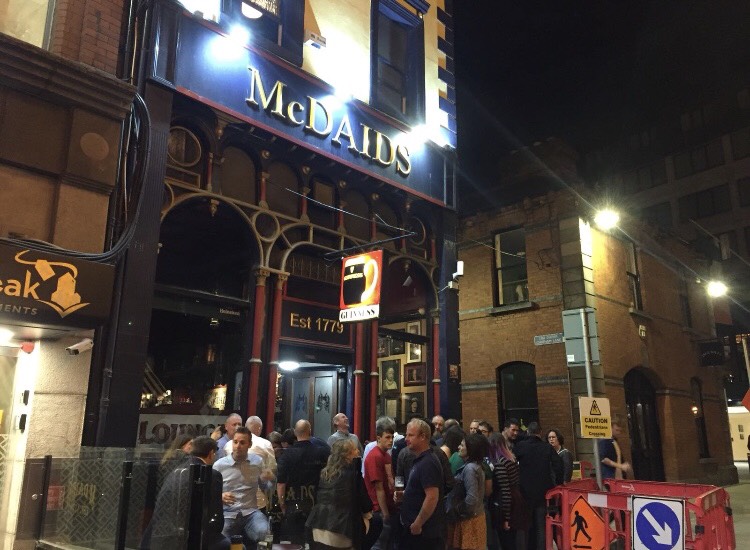 McDaids opened its doors in 1779, while Ireland went through massive political upheaval, the taps flowed and the doors were open. Famed as a favourite of famous Irish novelist Brendan Behan. Also Phil Lynnott, lead singer of Thin Lizzy used to frequent there regularly before playing shows around the city. It’s a time capsule of old Dublin. It’s a safe haven in the centre of town.

I first discovered it when working as a studio assistant down in Grouse Lodge studios for an album by a famous Irish folk singer-songwriter called Jimmy McCarthy. Jimmy is an incredible story teller, one of the tracks on the album was about McDaids and the men who drank their in the 60’s and 70’s, ‘great drinkers and thinkers’. From then on I made a habit of going there, especially after studio work and it serves top notch Guinness.

The Hybrasil Live concept was conceived upstairs in that bar in September 2015. If you meet me for a pint in Dublin, this is where we will go. McDaids serves as a reminder of how far this journey has taken me. 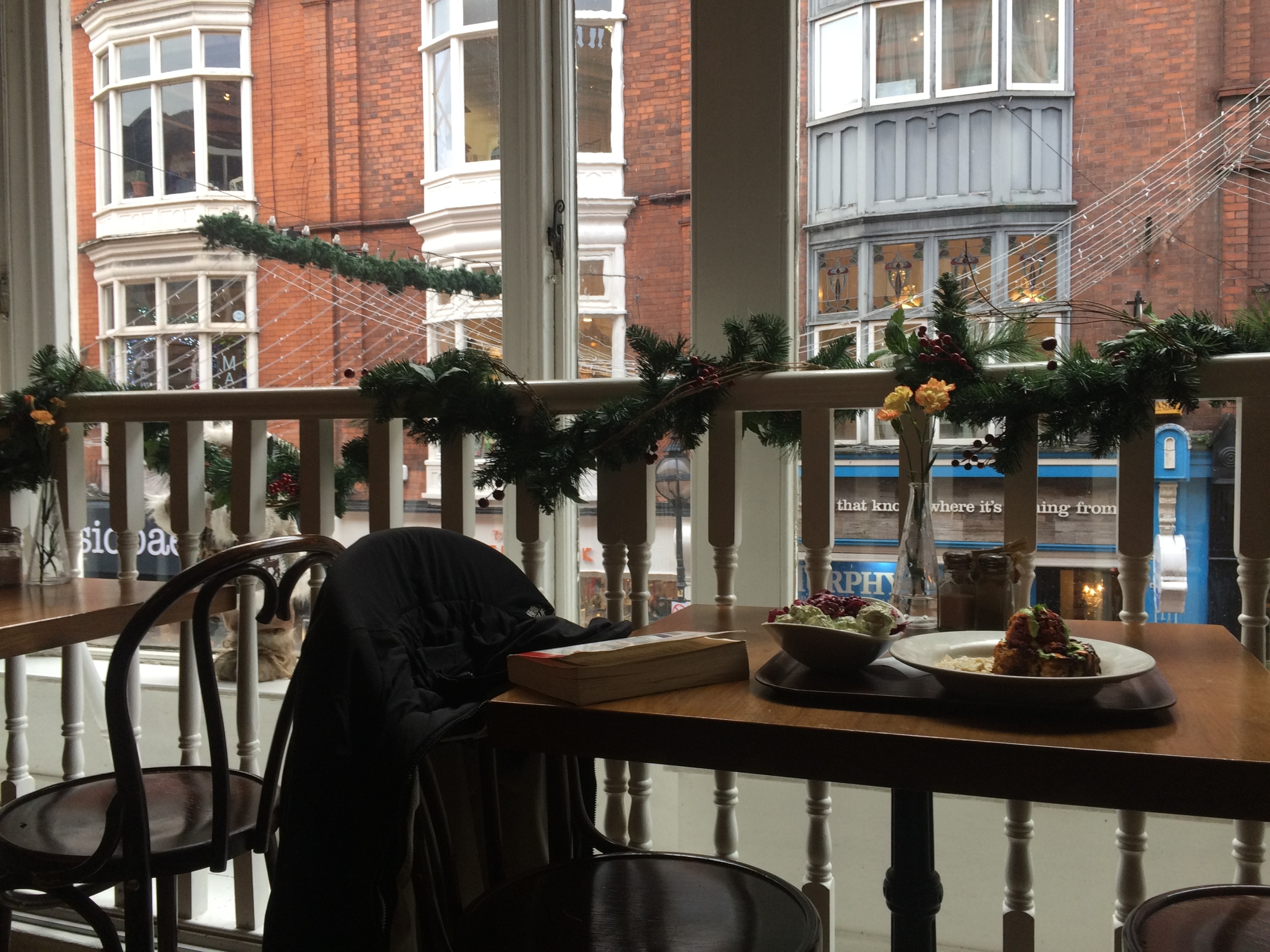 Cornucopia is a vegetarian restaurant in the heart of Dublin city, founded in 1986. Dublin like any major European city can be noisy, frantic and congested. Cornucopia serves as a little sanctuary in the epicentre of all this madness. They serve amazing food and they play acoustic music on Friday evenings. If you sit upstairs its really nice place to read and a good place to meet people. 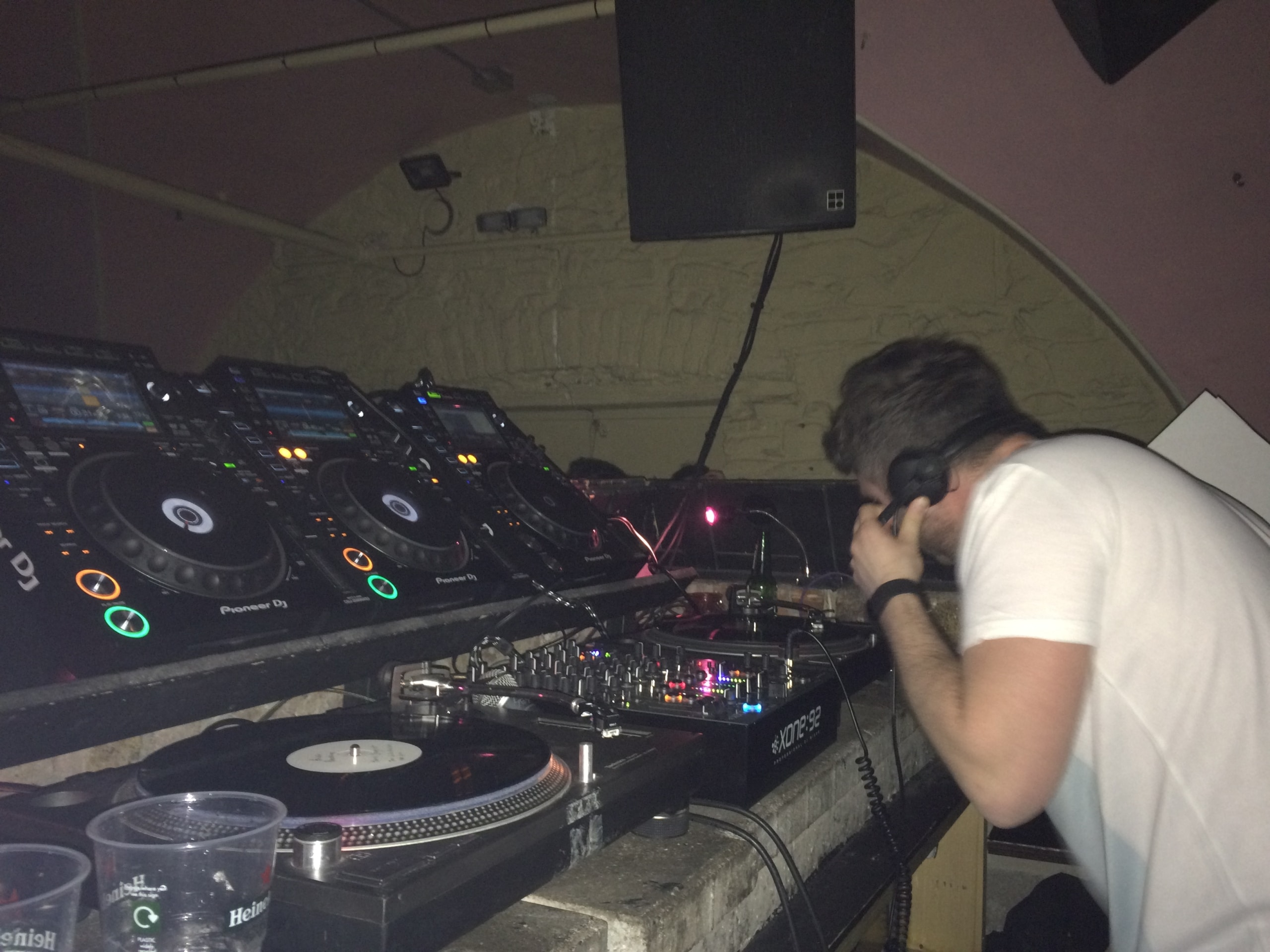 Pygmalion opened it’s doors on Paddy’s Day in 2009, during that time it has become one of Dublin’s most successful clubs. The music policy there has always been progressive and underground. It’s most famous for its cavernous vaults, D&B sound system and its terrace is one of the most popular spots in Dublin.

I have been DJing there under different names since doors opened and I have been curating their Saturday nights for the past four years under my DiVISION brand. We book people like Radio Slave, Enzo Siragusa, Rossko, Reset Robot, Steffi, Nd_baumacher, Tama Sumo, Ryan Elliot, Marcel Fengler.

My first Hybrasil Live performances were on the ‘Pygmalion Live’ shows in the Powerscourt Centre, for the Sven Vath World Tour and Space Ibiza Tour with Enzo Siragusa, Marc Houle, Hito and San Proper. They’ve been incredibly supportive of me over the years. 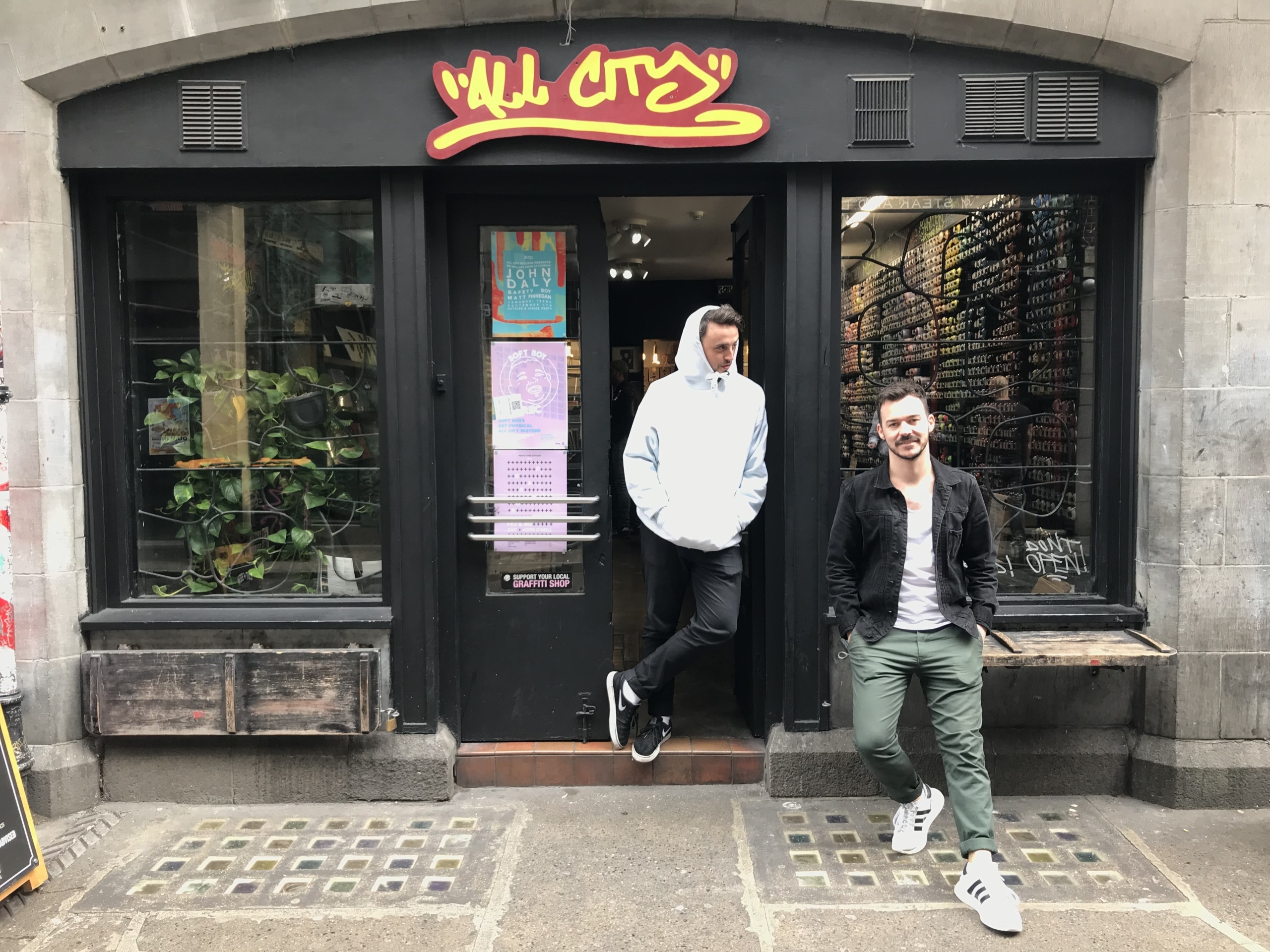 All City is a small record shop in the centre of Dublin’s Tourist district, Temple Bar. It is one of Dublin’s most important institutions. Besides a great selection of records from across Europe, they stock from pretty much every Irish producer who is putting out records. It’s very much a melting pot of Irish talent, if you visit there you are likely to meet someone who is either running a label, crate digging for that weekend or making tracks.

A couple of months ago DeFeKT and myself spent an afternoon listening to Techno records on the shop PA from Irish artists and labels, there were some incredible releases in there from people like Doug Cooney and Vision Collector. You can’t plan that kind of stuff, it just happens. All City also run their own label and promote parties around the city. 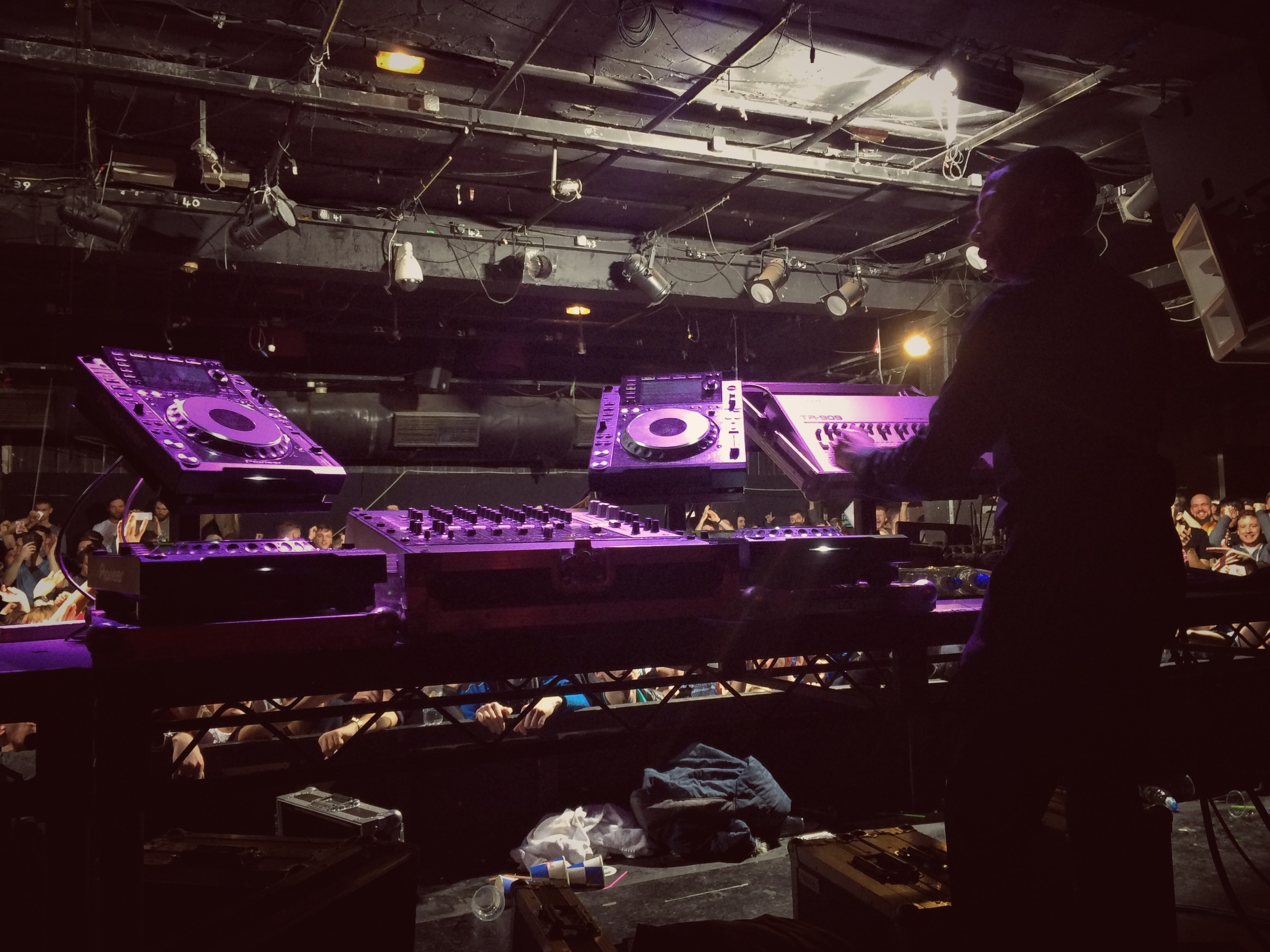 District 8 is hands down the most successful big room club in the city. The vibe and the crowd that go there reminds me of when my mates and I started clubbing at the Old Redbox on Harcourt Street, Dublin. Those were life changing intense musical experiences, I have found very few venues who have recreated that magic since the Redbox closed for its first renovation. They also run festival stages at Boxed Off, Life Festival and Electric Picnic.

As a live act, District 8 has become my home away from home. I have collaborated with them for festival and club shows, they put me on line ups with people like Jeff Mills, Len Faki, Adam Beyer, Alan Fitzpatrick, Joseph Capriati, Dense & Pika, Amelie Lens and Nicole Moudaber. Every time Jeff Mills plays with them they use my Roland 909 drum machine. I really enjoy playing to the D8 crowd, I always take a lot of inspiration away from it.

Hybrasil’s Ascended EP is out now via Break New Soil on vinyl here and on digital here
Connect with with Hybrasil: Facebook | Soundcloud | Resident Advisor