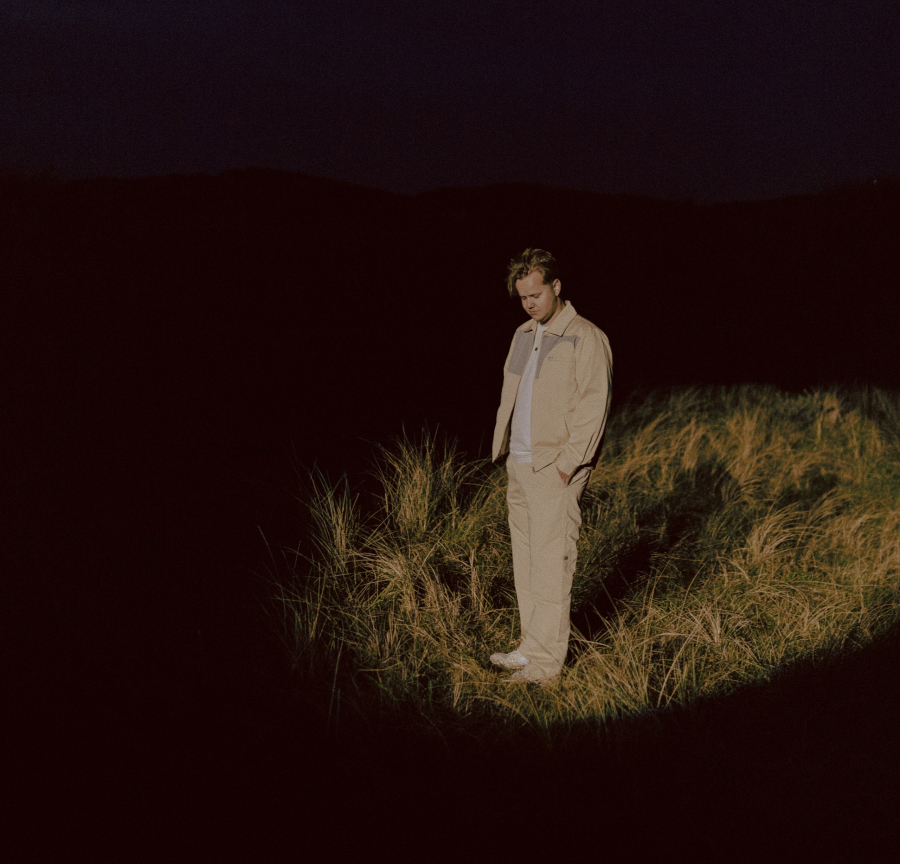 Bringing life to Amsterdam’s nightlife scene is Holland DJ Luuk van Dijk, the international DJ that always brings his infectious take on spirited house music inside and outside the studio. Since culminating his craft for countless hours at the age of 15, attending the Herman Brood Academy to further his musical vision and skills, and having artistic parents that pushed him to follow his dreams, Luuk has continued to be relentless in all of his musical endeavors — as such, this relentless side of him has earned him the prospect of becoming one of the most in-demand DJs in Holland.

After releasing on some of the world’s leading tech-house labels such as Hot Creations, Cuttin’ Headz, Solid Grooves Records, and Eastenderz with his forged basslines and tight grooves, as well as having key performances at Circoloco, Paradise, DGTL, Awakenings, Fabric London, E1 London, Elrow, STRAF_WERK, along with a BBC Radio 1 Essential Mix, it’s no surprise that eventually Luuk would find himself on his next journey of launching his own label Dark Side of the Sun. After launching his label in 2020, the label has resulted in a series of superb releases by artists like Ben Sterling, Sidney Charles, Boris Werner, and even Luuk himself.

Now sharing with 6AM, Luuk dives into releasing his album First Contact on his label Dark Side of the Sun with featured artists Dawn Richard, Oneofmanysteves (aka Steve Burton), and Kid Enigma. Luuk also details weaving through music at a young age supported by his artistic parents and musical schooling environment, broadening his signature house sound on Dark Side of the Sun, his perspective of being Holland’s most in-demand DJ in the scene, and what’s to come on his America Tour. His album First Contact is now available for full purchase.

Welcome to 6AM Luuk van Dijk, thanks for joining us. We’re excited to get to know more about your journey into house music, your upcoming album First Contact, the launching of your label Dark Side of the Sun in 2020, and many more of your endeavors. Tell us how you were first introduced to house music. What drew you in?

I was always listening to the radio since a very young age and I was very into the energy of dance music — especially the DJ sets on Friday and Saturday nights where there was clubbing and a dance department with all the hot DJs doing guest mixes. I was always listening closely to what the DJs were doing — I already knew some of the tracks (because other DJs also played them), and I could hear how they mix, etc. So, when I got my first DJ set I could manage to play quite soon. Just listening to what they were doing taught me mainly how to DJ. After that, it was just practice, practice, and practice.

“I was always listening closely to what the DJs were doing and was always listening to the radio from a very young age. I was very into the energy of dance music, especially the DJ sets on Friday and Saturday nights. When I got my first DJ set I could manage to play quite soon — and after that, it was just practice, practice, and practice.”

Music found Luuk at a young age, and since then, it’s never left him. 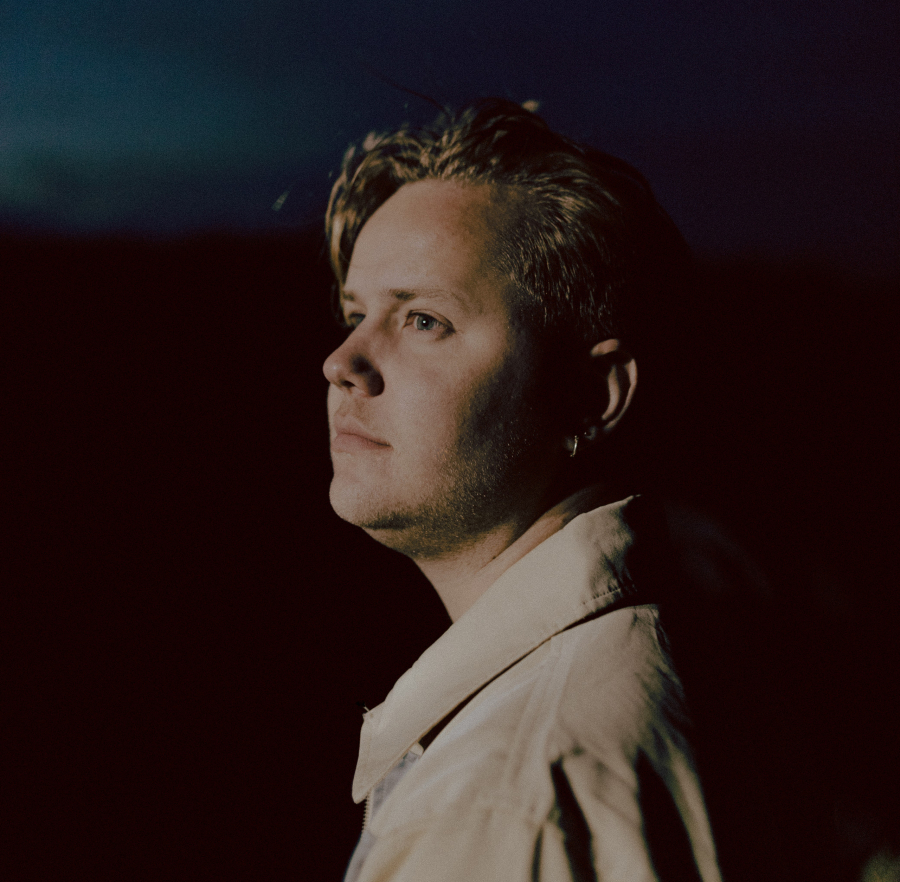 Since the age of 15, you’ve been creating music in the studio, and you eventually began to attend the Herman Brood Academy where your music skills were further developed. It’s fortunate that you had a strong upbringing with music and creativity in your home and school environments. With your dad a now retired music teacher, and your mom an opera singer, what advice did they teach and preach to you throughout your adolescence that kept you on the road to following your dreams in music?

Well, the biggest lesson they taught me is to always follow your heart and do what you love — especially school-wise. It didn’t really matter what I chose as long as I knew this could really help me — so that’s why I decided to go to a school that helped me and supported me in doing music. I’m so happy that I ended up going to the Herman Brood Academy because I could work on my dreams day and night. Not so many can say they really loved going to school hahah. Being in a classroom with 27 other kids that want to have a career in music can be very motivational!

“I’m so happy that I ended up going to the Herman Brood Academy because I could work on my dreams day and night. The biggest lesson they [Luuk’s parents] taught me is to always follow your heart and do what you love — especially school-wise.”

Luuk was shrowded in familal and scholastic support when it came to his music aspirations.

Read Next: The Days Are Long But The Years Are Short, You Will Make It Through

Speaking of creating music in the studio, let’s talk about your upbeat album First Contact which was recently released on November 11, 2022. The album also features fellow artists Dawn Richard, Kid Enigma, and Oneofmanysteves (aka Steve Burton). Walk us through the creative process that went into this album, and what it was like collaborating with these artists.

I really wanted to have a couple of songs on the album with vocalists as well, as I do love some lyrics in a track — it can really bring something special to the track, especially when the vocalist is singing; then, it can really bring more harmony to melodies and chords. It’s so cool when you’ve made a track, get the vocals back, and hear the track for the first time from a totally different perspective. To be honest, these artists just nailed it very easily haha.

“I really wanted to have a couple of songs on the album with vocalists as well, as I do love some lyrics in a track — it can really bring something special to the track like more harmony to melodies and chords. To be honest, these artists just nailed it very easily.”

Vocalists bring certain depth into music — depth that Luuk was looking for on the album. 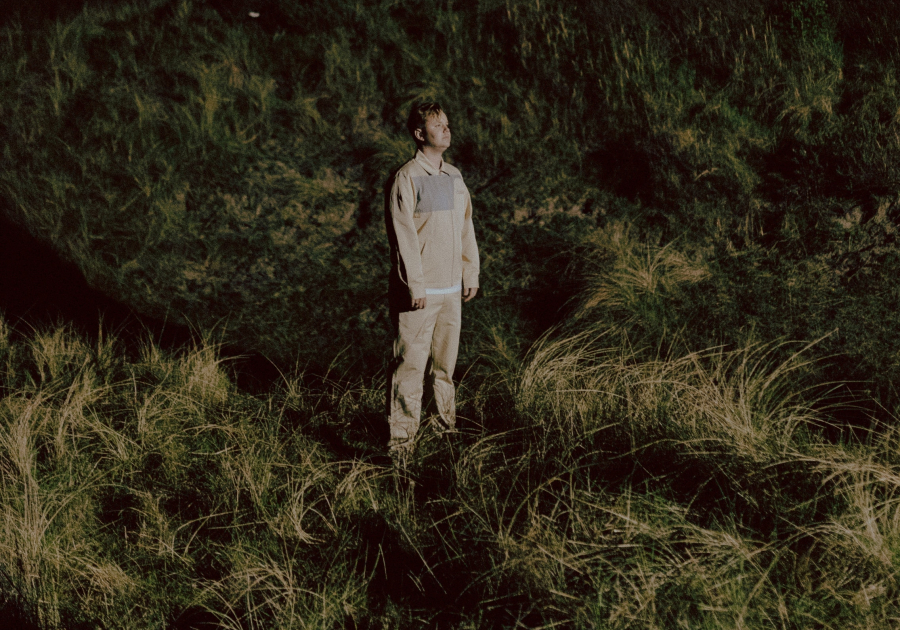 Read Next: The Daily Show highlights Frankie Knuckles in a Segment on House Music

This album of yours was also released on your label Dark Side of the Sun. The label’s focus is to explore a broader approach to your signature house style — and regarding you and the label’s intent, you’ve expressed: “I enjoy the freedom to release the music I believe in. The sound is a bit rougher than people have come to expect; even the sun has a dark side to it.” How did you come to the realization that you wanted your label to explore more styles? What elements do you look for in an artist or project for it to be a great match for the label?

I felt like I needed a platform where I could release music I love without any restrictions. Dark Side of The Sun has been around for nearly 3 years now, and I’m so proud of all the releases done so far. First Contact felt like the perfect fit for my label as it’s a true expression of my own creativity and broad style. I think it’s also what I look for in releases, just that special touch and unique feeling to an EP that makes you want to put it on repeat.

“I felt like I needed a platform where I could release music I love without any restrictions.”

The best way to maneuver around creative restraints is to mold your own lane.

Read Next: Behind Bars on the Freedom of Techno

As you’ve become one of the most in-demand DJs in Holland and internationally, what are some upcoming tours and gigs that you’re most excited to perform at?

America tour coming up this week! Very happy to be back in the states again. Kicking off the tour with the album release party in Sound LA, which is an amazing and special way to start these two weeks.

We look forward to seeing your career prosper even further. Is there anything else you’d like to share?

Thank you for this chat! Go check out First Contact — out on all platforms ❤️.