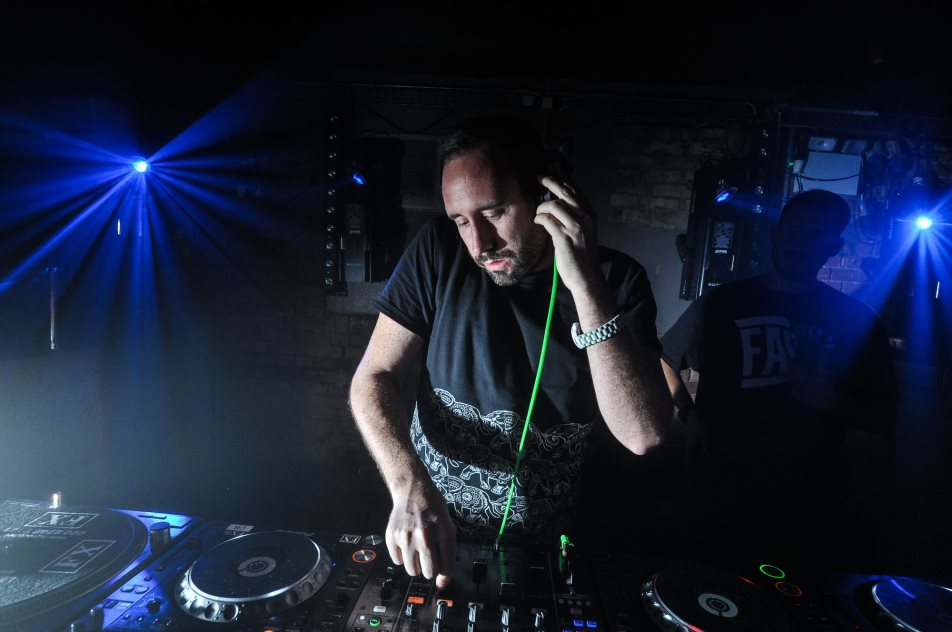 This coming Saturday, 18th of March, DJ, producer and label-owner Doorly is bringing his Doorly & Friends tour back to Los Angeles for a special night at Avalon Hollywood.

The mega-club will host an entire line-up featuring Doorly’s curated guests for the occasion: Tensnake, Solardo, DJ Yoda and Tan Dem. You can purchase tickets via Seetickets as well as enter our contest for 2 free tickets on our website here.

There is no denying that Doorly is a man on the constant move. The British-born artist relocated to the States and lived in Los Angeles for years before moving back to Europe last year, where he continues pushing forward on a career that has seen him tour the world, release on labels such as Cajual, Dirtybird and Hot Creations, become an event curator and now start off his own imprint called Reptile Dysfunction.

We exchanged a few words with the busy man to discuss his love relationship with Los Angeles, the new label and the structure of his Doorly & Friends parties.

It’s good to have you have back in Los Angeles! Have you missed the city at all since you’ve been gone?

Yeah I’ve missed LA a lot. I loved living here so much and will most certainly be back in a couple of years, I’m in the middle of buying a villa and setting up a studio in Ibiza so that’s going to take a little while to get settled into but I’ll probably come and stay at the very least for a couple of months this winter to get my fix!

What have you missed the most?

My crew, I’ve always felt so welcome here since I very first came over around 6 or 7 years ago and my LA friends are probably now my closest.

What’s your must-do thing every time you’re in LA?

Eat great vegan food, it’s the best place on earth for it and also just generally spend a lot of time outdoors. I always feel quite giddy being out in the sunshine in LA, it’s such a great city and so much outdoor stuff to do. I really like the outdoor workout gym things everywhere so I like to go and find them.

A restaurant called My Vegan Gold In Silver Lake, what they do there is witchcraft! Also we don’t have Whole Foods in Europe so I spend a lot of time lurking around in there as well! Oh and Dim Tai Fung in Glendale does the most amazing soup dumplings!

You’re heading back to play Avalon. As a DJ that was based in the city, can you explain how it feels to play the massive main room at Avalon?

I’ve been lucky enough to play Avalon several times in the past, and it was actually the first club to book me in the States. It’s such a grand spectacle of a venue so it always makes me want to bring lots of drama to my sets. The team running it are all absolute legends as well so I’m excited to just be there on Saturday!

This is part of a massive Doorly & Friends tour, not the first one that you’ve done and these seem to get bigger and bigger. How did this concept first start?

It started in Ibiza at Pikes Hotel as a bit of an intimate gathering of my friends and it just made me realize what a difference it makes when the entire lineup is a group of friends, it creates a different and more united energy and better musical flow. I love to be there start to finish to catch every moment and support my crew. And yeah those parties always sold out so naturally I started to take them elsewhere hosting festival stages and bespoke venues in Berlin, London (Ministry Of Sound), Amsterdam, SXSW in Austin, Miami for WMC, LA, Australia and all over the world really. This is the first time that I’ve put together and curated a full world tour with it and it’s been really fun and the shows are crazy so I’m already booking the next run as we speak!

How do you select which friends get to join you behind the decks?

It’s all based on the venue really, I work closely with the local promoter to decide a list of headliner acts from my group of friends that would be suitable for them and book a couple of them. Then I tend to fill the other slots with local friends that will fit the vibe perfectly. I’m so lucky to have been around the globe to pretty much every city several time so I have loads of mates everywhere I go so it’s easy to find great local talent to really add to the party. I like to throw a curveball or two in there as well to spice things up and I usually play the opening set myself whilst the room fills up to give my friends a better slot then play again properly later on.

In LA you will have Tensnake, Solardo, DJ Yoda and Tan Dem with you. What can we expect from the night?

This will be a real melting pot of a night musically and it will be loads of fun to see it develop. Tan Dem is the first signing to my record label “Reptile Dysfunction” and also my best mate. He inspires me more than anyone else right now musically and always blows me away with his set, make sure you guys get down early to watch him play. He’ll be followed by the legendary DJ Yoda. I grew up listening to his cut and paste mixtapes, he’s a regular at the Do Over so you can expect golden-era Hip-Hop, Funk, Disco and the most incredible turntablism. I will follow him with my usual cross section of everything between Disco and House to bridge the gap into Tensnake. It’s a real pleasure to have him play, he’s always dope and he’s gonna take us on a nice melodic journey I’m sure. The Solardo boys will close the party: it’s their debut show in the USA, they play a high energy bass-heavy house music sound with releases on Hot Creations and Relief. They are killing it all over the world and this will be a MASSIVE year for them in the States, definitely ones to watch for… you heard them here first! 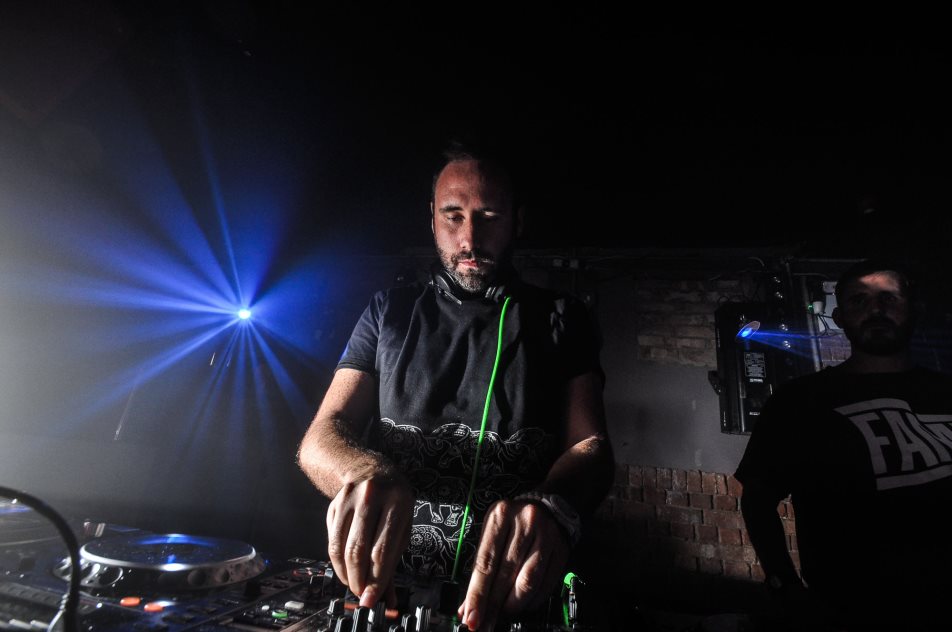 Since we last spoke to you last year you launched your own label, Reptile Dysfunction. Where does the name come from?

Myself and Tan Dem were in the desert working on an album project we are writing with another artist called Trooko (you will hear more from that project soon!) and whilst working on music, partying and generally having a lovely time this lizard ran into the studio and started running around in circles lost, obviously we found this hilarious and Tan Dem shouted out “Reptile Dysfunction!”. I had been trying to think of a name for my label for months and it was just like a bell going off, it perfectly sums up the vibe I’m going for with my label, music, crew and parties so there you have it! Reptile Dysfunction was born!

Do you plan to host label nights/parties in the coming future or will this be solely an outlet for music?

Yep, The Doorly & Friends parties all happened kind of by accident and got really big and international really quickly but the name itself always bothered me. Its not like me at all as an artist, it’s lazy and feel egotistical to have my name so big on a flyer plus it doesn’t leave much room for creativity artistically and stylistically on the flyers or on the night itself. So moving forwards The Doorly & Friends events will gradually morph into the Reptile Dysfunction branded events as my label crew grows and people start to understand the label a bit better as a concept. Then the parties will become much more immersive and themed as we grow and feel much more special and unique to anything else!

With this tour, and Ibiza on the horizon, you will be on the road (and on planes) arguably more than ever in your career. What are your top three tips on staying sane while touring extensively?

One vital thing I bring on tour with me it a full size pillow from my bed at home. Those shitty neck pillows are useless and the ones on planes are too small and fall through the gaps. Often when on tour, the plane is literally the only chance I get to sleep so I have to make it count. Bringing that big pillow means I can comfortably sleep anywhere whether it’s a plane, or an airport bench or a dressing room at a festival. Every hour counts cumulatively so I grab them where I can along the way!

If I’m drinking its so important to avoid a hangover, as often my runs go over a week at a time without a day off, so a hangover can take days to recover from with no rest. So I’ve had to become a professional drinker and drink vodka and soda so that way for every shot of vodka I drink I’m drinking 5 times as much water, so I’m hydrated and that always seems to keep me out of pain in the morning!

Also I’ve started taking a shit load of vitamins on the road, like 10 different pills a day, and it really does make a difference. I rarely get ill and my energy levels are still decent event when I’ve given my body a pounding on the road.

One last question: if you could choose a DJ to feature on your Doorly and Friends lineup that you haven’t had on yet, who would it be?

I’d love to book Q Tip, I’ve tried loads of time and almost got him and I definitely will one day! He’s not my friend yet but he will love me he just doesn’t know it yet! (laughs)

See you at Avalon!