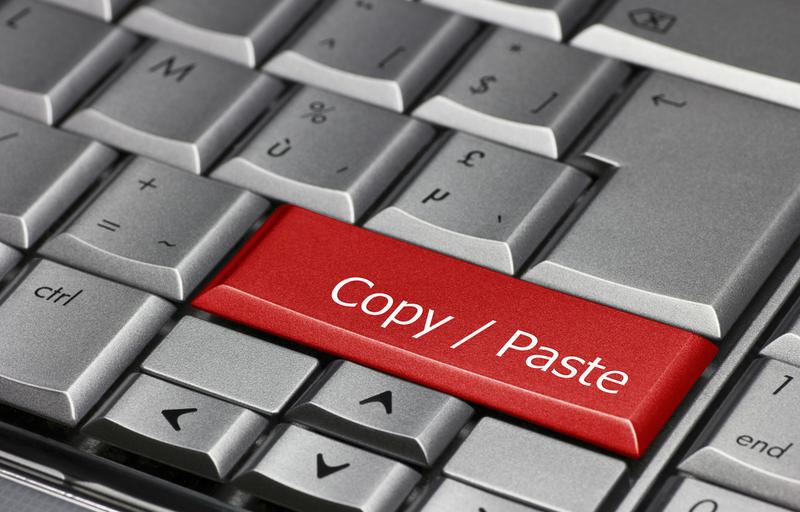 The Spanish painter Pablo Picasso once said, “good artists borrow, great artists steal.” Artists have always “borrowed” (consciously and unconsciously) each other’s works. Picasso’s quote references the fine line between imitating and emulating. A good artist creates a copy of an existing work while a great artist selectively takes elements and re-works them into their own sound and/or style to create something new. When it comes to music, plagiarism happens, particularly in electronic music. Remixes, edits, covers, and bootlegs have been a huge driver of dance music and have been a great way for artists to make a name for themselves. Oftentimes, these versions aren’t authorized by the original artist. So knowing that art, music, in this case, is to some extent borrowed,  what’s fair use, and when does it cross the line into music plagiarism? What makes music original?

With all things creative there is a line, and sometimes that line gets crossed. Other times it’s pushed into this weird unknown gray area. Artists often create remixes using acapellas from a track and will generally give credit to that artist. As long as musicians are getting their due credit, this type of use however is not very dubious. How often though are listeners doing their due diligence and learning about the samples used and if they don’t, do they end up thinking the sample was created by the remixer, and does it really matter?

Many artists use samples to use an already created idea and bring their own originality to it.  Artists love to take samples from a completely unrelated genre and transform it into something new. Whether it be an R&B vocal into a thumping techno track or groovy vocal chop into a house tune. The Avalanches for their breakout debut album Since I Left You was created solely using samples. It is estimated the album has over 3,500 samples were used in the making of the album.

Sadly no, we tried to license the samples but they denied us sample clearance :/

Sometimes that line is crossed, in 2015 ARTS label boss Emmanuel had an EP dropped from Tresor after it was found to have plagiarized material from other producers. The EP in question was released under the name Confucio, the track”Where The Logic Ends” had striking similarities to Stanislav Tolkachev’s 2006 cut “Blue Mood.” It was also revealed that the track “The Present Is The Future,” bore similarities to 2011’s “Self Control” by Alexey Volkov.

“Sampling, remixing, reworking and re-editing are techniques that find themselves at the core of electronic music. With the perspective Tresor has acquired over the last 25 years, controversies of this nature have always existed around the technique and have both positively and negatively affected the industry.”

Resident Advisor reported that while Tresor did contact the original releases labels, and offered that the proceeds go to the original authors, they eventually decided to recall all physical copies and remove the EP from digital stores.

And while sometimes mistakes are made and samples might not have gotten clearance, other times artists claim plagiarism or even theft. In 2018, Maceo Plex accused Ukrainian duo ARTBAT of stealing an unreleased track of his. The track in question “Planeta” was released on Solomun’s imprint Diynamic.

In a since been deleted tweet Maceo Plex commented “Finally, I’m releasing an old track from 2014 that is on many of my sets and was copied by Artbat for his track ‘Planeta’,” Maceo Plex never confirmed which specific production of his was the one that was stolen.

ARTBAT did respond, saying that they did not copy from Maceo Plex but that they are inspired by many artists and their productions

In this day and age, finding that true original sound can be hard. Artists are inspired by others and use those sounds to create something for themselves. Art continues building upon previously created art. Being able to use previously created work, and turn it into something new is a spark of creative originality in and of itself. One example being Jimi Hendrix’s version of “All Along The Watchtower”. When Bob Dylan was asked about Jimi’s version he said “It overwhelmed me, really. He had such talent, he could find things inside a song and vigorously develop them. He found things that other people wouldn’t think of finding in there. He probably improved upon it by the spaces he was using. I took license with the song from his version, actually, and continue to do it to this day”

So is there truly originality in music if there are reinterpretations? The simple answer is, yes and no. Originality is like a wave. It fluctuates with age and time and flows with whatever new sounds are (re)forming.