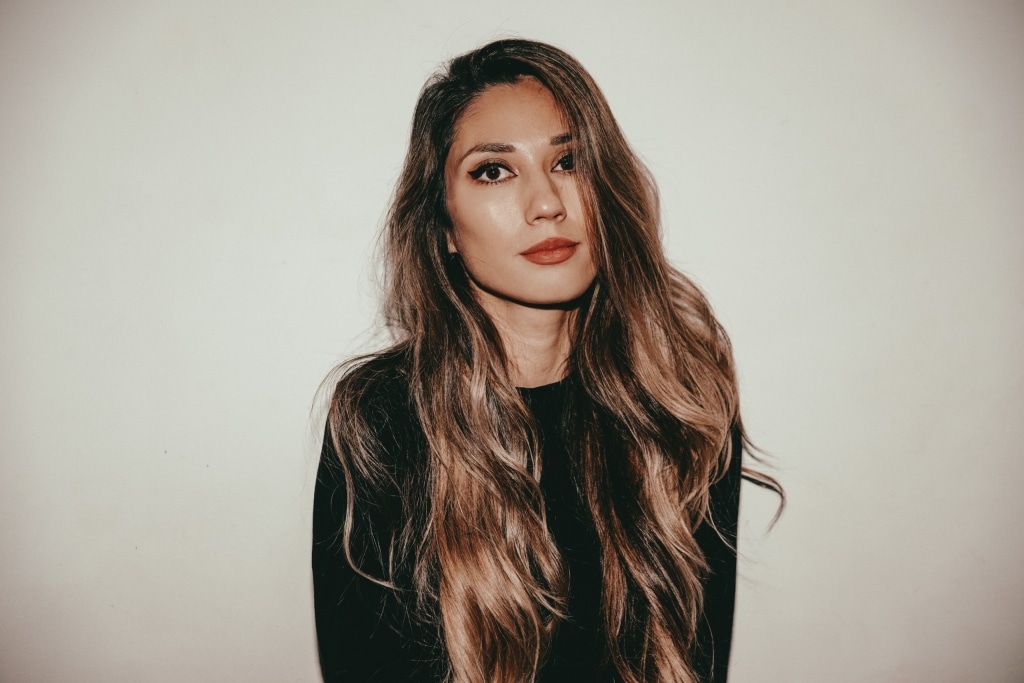 Based in Paris, Danish/Filipino producer-dj Manda Moor creates driving tech-infused sets that are a cross between House, Techno, groove, and elements influenced by the House of Chicago from the 80s and 90s. Her name has been affiliated with the biggest lineups such as: Amnesia Ibiza, The BPM Festival, The Warehouse Project, LWE, Elrow, Kaluki, as well as radio shows such as: Circoloco, Ibiza Global, Beatport, DJ Mag, FG.

Hi Manda, it’s great to have you on and to hear what’s been going on with you and your music since the pandemic. During the whole lockdown, you’ve been invested in a lot of live-streaming for brands like: Dirtybird, Beatport, DJ Mag, LWE, D-Edge/Kaluki, and others. Was there any hesitancy at first playing in front of a camera without a crowd?

Hey, thanks for having me, it’s a pleasure. When the lockdown was announced, I knew I had to step up my live-streaming game. On top of the studio setup, I invested a lot in my sets by digging a lot of vinyl for instance. Playing in front of a camera never bothered me, especially when it’s real live streaming and I can interact with people with the mic, and they can respond in the chatroom.

I really enjoy doing video sets in the comfort of my own studio because I play some music that I don’t usually play in front of a crowd, as the club vibe and the sound system are very different. It’s kind of an afterparty mood in terms of track selection. The best live-streaming reference for me is DJ Sneak, who is still doing live streams every day with different themes, he is a true inspiration.

I really enjoy doing video sets in the comfort of my own studio because I play some music that I don’t usually play in front of a crowd, as the club vibe and the sound system are very different. It’s kind of an afterparty mood in terms of track selection.

Manda’s artistic self comes out when she’s vibing in her own space. 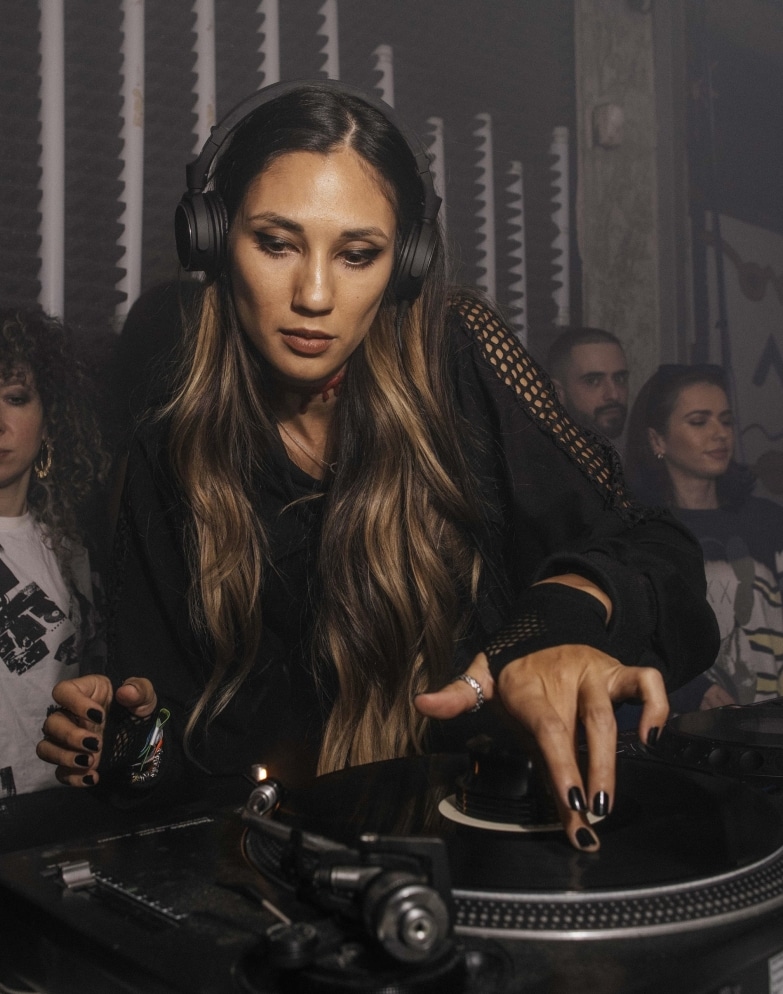 Speaking of working with others, you released your ‘Fantasy Girl Reboot EP’ on DJ Pierre’s label, Afro Acid. Can you share What inspired you to create the EP? Were these all new projects or do you have a bank of projects you keep and come back to?

That EP is a fun story actually. I was learning how to produce, and I was searching for acapellas and practicing on Ableton. I came across DJ Pierre‘s acapella called “Fantasy Girl – Pierre’s Pfantasy Club 1987“, and did a track with it.

I never realized it was his at the time, and then Sirus Hood played the track in Miami Music Week during his party while Pierre and I were in the booth. He was confused at first because he was like “this is familiar, but it ain’t my track” haha, but he was enjoying it! I made a couple of other versions of it, then Pierre decided to make it as an EP on his label Afro Acid. What an honor to release on the Acid legend’s label.

Because of the over-saturation of music to this day due to mass streaming, how does MOOD EDITS tackle this issue? What was the inspiration behind MOOD EDITS that you and Sirus Hood created?

We created MOOD EDITS when the pandemic started, with the inspiration of how House Music began: Disco Edits. The idea was to give value to music by making it rare, and limited, as people enjoy much more a track if they know it’s scarce. We recomposed entirely RnB, Disco, HipHop songs with our own spice, to also reach people that may not be familiar with our genre. MOOD EDITS is easy listening tracks that you can listen to everywhere with any sound system, it’s good vibes, and the intent here was to make people happy, reminiscing the good times pre-covid.

MOOD EDITS has garnered a lot of support and attention from artists such as Martinez brothers and Loco dice. Individually, you’ve also gotten support from Chicago House legends such as Paul Johnson, Deeon, Sneak, K Alexi, and others. Can you pinpoint the moment in your career when you felt as though you shifted from music as a fun hobby toward a more professional career?

It’s the best feeling when the artists you look up to the most support your work. Things started to get serious for my career back in 2019 when I had my first key bookings, and especially when I released my first EP on Kaluki in 2020 which hit #1 on Beatport Minimal Deep Tech and was the first #1 of the label. The success of MOOD EDITS followed and the support from the big names in the scene really pushed my name forward.

I’m buzzing to announce soon my EP on my dream label, other upcoming releases, and all the amazing shows I have this year.  I’m also working on my label. Sending love and high vibrations to all, I can’t wait to meet everyone on the dance floor and to have a moment of unity through music.

I’m buzzing to announce soon my EP on my dream label, other upcoming releases, and all the amazing shows I have this year. I’m also working on my label.