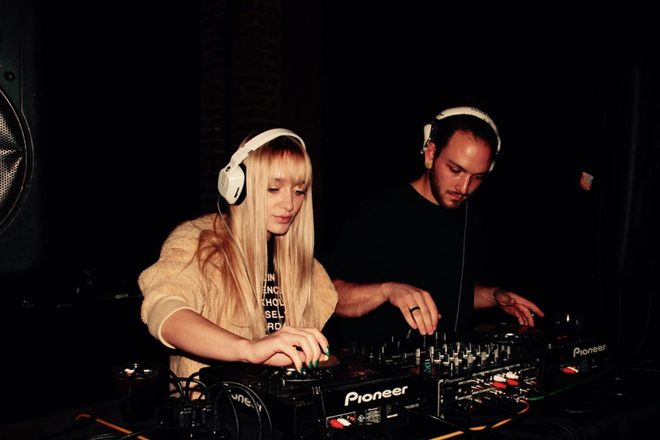 Are they having a laugh?

DJ couple Amberly and Matt are among those with a grand dream that they hope to realize through Kickstarter: to go on a year-long world tour, with stops at places like Ibiza (in Amnesia to be precise), Berlin (in Berghain of all places), Zurich, Rome, Abu Dhabi, Tokyo, Miami, and New York City.

Pretty ambitious goal indeed. What’s even more crazy is the fact that the couple concerned are not even close to the professional level required to realize those goals as artists. At best, they’re amateur artists who do not have a respectable portfolio to show, save perhaps for the music in their Kickstarter video.

The couple, known collectively as LYTT (after the final two letters of each of their names) wish to raise a total of $108,500 for this planned world tour. In return, they are providing rewards for their backers, depending on the amount they pledge. For instance, a $100 gives backers a download card, t-shirt, sticker, and a signed photo. $500 for a “Greeting Goodie Bag”  which may be the same as the $100 reward plus a keychain and CD, and $7,500 for DJ equipment & lesson, which is more of a video lesson rather than a personal one.

The interesting part of this crowdfunding project can be seen in the “risk and challenges” which states: “LYTT has connections and can be booked in many places around the world. The problem they are facing is they need to build their following and grow more of a fan base to start pulling in big money.” That part surely raises a lot of eyebrows. It would seem LYTT is trying to take the shortcut route to success, with lofty dreams of a world tour before even building some sort of a fanbase as most artists do when they start out.

Truth be told, the absurdity of this Kickstarter is in the way the two artists in question expect people to finance a career that takes hard work, dedication and talent to achieve. Those who have made it have sacrificed and worked their way to where they are (or at least most have), and expecting to be handed out this kind of help rather than put in the work is contrary to the ethos of this industry and a slap in the face to all artists out there who put in hard work day in, day out, to break through in their respective genres and fields.

At this time of writing, they have raised $64.13 in their crowdfunding campaign with 9 days left in the campaign. No further comments on that one…