DJ Anna Reusch Reveals Music’s Secret and What Inspires Her 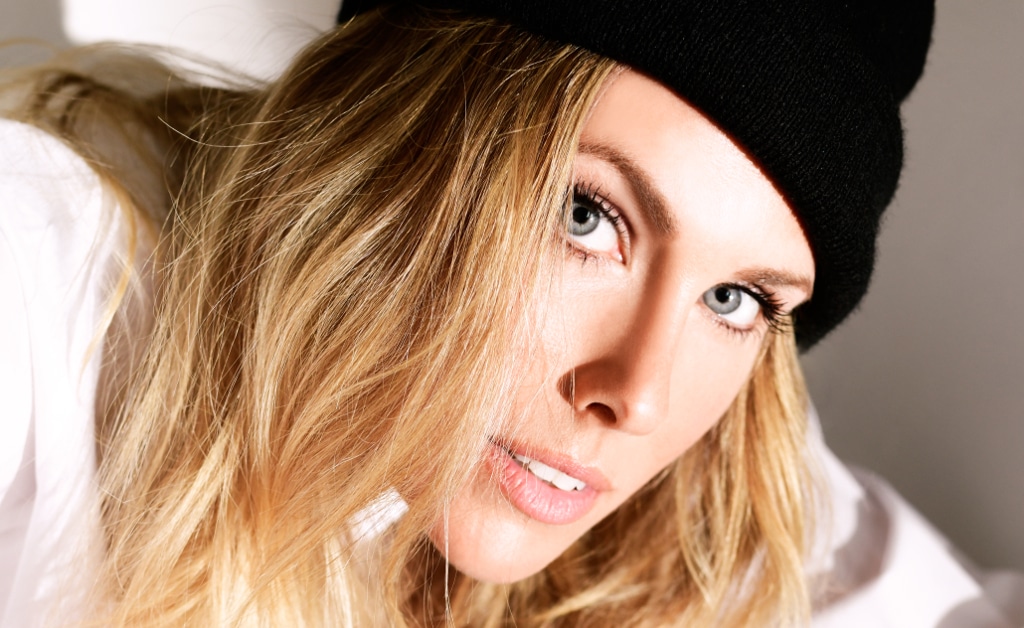 DJ Anna Reusch Reveals Music’s Secret and What Inspires Her

Balance. Ask any successful DJ and they’ll all say it’s a critical part of their chosen career path. For German DJ Anna Reusch, it’s a job with horses that helps her creative process. Based in Dresden (just outside of Frankfurt), the burgeoning DJ and producer is quickly becoming a firm favorite at home with releases on the likes of bouq, Transmit and Christian Smith’s Tronic labels and shows signs of most definitely moving in the right direction.

Known for a fierce, uncompromising techno aesthetic, her groove-laden but tough sound has pushed her in the direction of some of Germany’s best-known clubs. Anna is also quickly appearing on festival line-ups aplenty with globally-renowned events such as Rave on Snow and I Love Techno already behind her.

With 2020 set to be a momentous year for the ever-busy Anna, we thought it a good time to put some questions her way. No doubt you’ll be seeing her name on a line-up near you soon…

Hi Anna, thanks for taking the time to chat to us today. So, as we’re based in the U.S., I wanted to ask you about your favorite U.S. producers. Are there any that really stand out for you?

Hi, thanks for having me! When I think of U.S. producers, I immediately think of Green Velvet. He is just unique with his sounds. That’s why I’m super proud that I was able to remix his famous track, “La La Land” a few years ago. Incidentally, I would do this much better today! Then there’s guys like Jeff Mills or Carl Craig, but of course, I could go on and on here…

So, let’s get back a bit to talking about your beginnings in electronic music. Did you ever envisage that you’d become this established? And what’s the ultimate aim from here?

No, never. It started as a hobby, out of passion and because I never really knew what I wanted to do. When a job developed out of it, I was incredulous for a long time. But I still didn’t know what else I wanted to do. So I played and played and I still take that attitude today. I’ve never set goals and I’m still avoiding this. If you have expectations, you can all too easily be disappointed. But if you are surprised where the journey leads you, you can only be pleasantly surprised. Of course I’m ambitious, but I try and take things one step at a time with each single gig.

I do not think about which label might fit during this period: just when a track is finished. Then I think about where it could fit…. – Anna Reusch

You’ve released on some great labels like bouq and Transmit over the past while. Can you tell us a bit about how your music landed on these places?

bouq came to me after hearing me play at some parties. They didn’t think it was enough to be a DJ, and encouraged me to produce my own music, so that people would know what to expect when they come to my gigs. So I went to the studio. After a few years I separated from them because my musical preference changed and because I wanted to develop freely. At bouq, I was always “the little one” and I asked myself how things could change. To Transmit, I sent them a few tracks and luckily got the response I was after.

The secret of music is that you don’t have to understand it. You just have to like it. – Anna Reusch

How do you generally go about getting your music signed? Do you send them the music once it’s finished? Or do the labels generally give you free rein to produce as you please?

For the past two years, Dave Robertson (Reset Robot) has been helping me the studio. I fly over to him, and then we’re in the studio for a few days we let the creativity run free. I do not think about which label might fit during this period: just when a track is finished. Then I think about where it could fit, with which I can best identify myself. Then I send it out.

Can you tell us a bit about where you’re at with your production at the moment then? Is there one particular aspect that you’re keen to improve on?

I am very satisfied with my recent releases on Tronic and Transmit. They are exactly as I play: groovy and danceable. I would like to work more with vocals though, and could still improve in this area.

What do you think is the secret to a good techno track? And from that perspective, how would you best describe the music you make?

The secret of music is that you don’t have to understand it. You just have to like it. And since everyone’s taste is different, you can take everyone’s advice here. The techno listeners in Germany – in my experience at least – like positive, forward-thinking music. That’s why I like to play it relatively straight, with pleasant sounds and a good warm groove.

We read elsewhere that you look after horses during the day and DJ at night. Do you need one to do the other? And would you ever give up on the horses for the music if it came to it?

That’s right. I live on a small farm and here live my horses directly at the house. I need both. The life in the country is grounded, calms down, makes me humble and my ears need to rest after the weekend. If only I had this life I would quickly be bored. If only I had the music I would not be so down-to-earth because the nightlife world is simply a world of its own. So you have a perfect balance. The body enjoys regular sleep during the week and the fresh air.

So tell us more about working in a stable. what does that involve?

I get up at 8, 8.30 in the morning, feed, fill up the paddock with hay, clean the stables and then naturally move the horses. I used to be an ambitious rider. Today, I do it only for pleasure but I still ride daily 1-3 horses when I’m at home. That’s my gym!  Then, of course, all kinds of work on the farm.

Can you tell us about your deal with Zyx Records. They gave you a 5-year deal as a 17-year-old, right? What do you think they saw in you…

I always played the warm-up in the disco. A big DJ who was working with them saw me there and made the deal. They produced a picture vinyl and they really put a lot of money into the project. I think back to that time and there were simply less women who played techno or trance. They probably wanted an investment for the future. 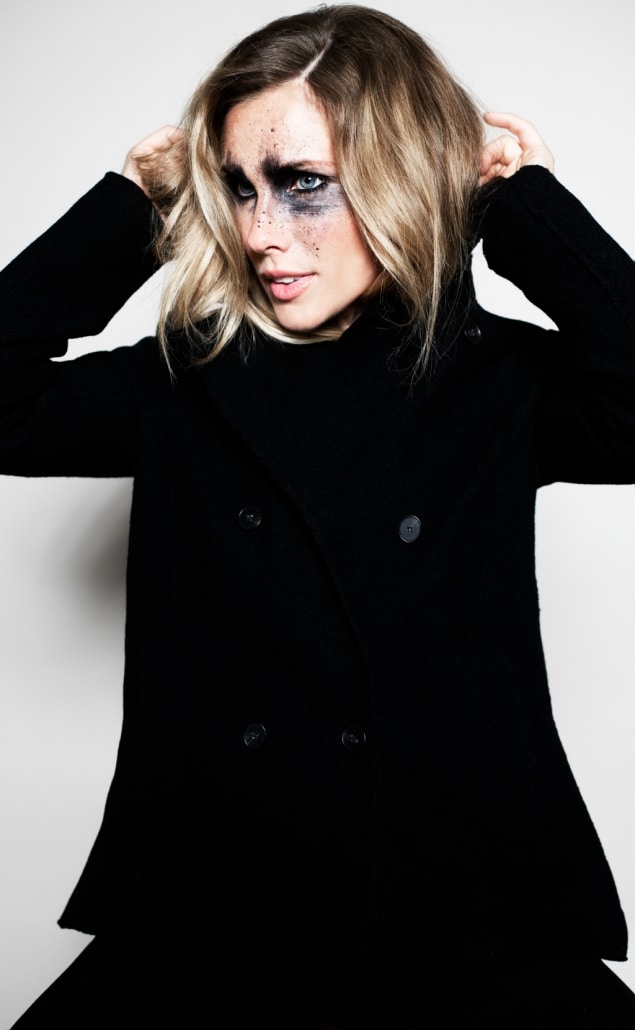 How is life in Dresden then? And how is the scene there? Or do you generally prefer to go out in Frankfurt now?

I have to admit that I’ve never been out in Dresden. I love the region here because it isn’t stressful, and it’s a bit like a vacation in ways — and culturally great too. But if I wanted to dance all night, I’d probably go to Berlin or Frankfurt.

A lot’s made about how the Frankfurt scene isn’t what it once was, with so many of the city’s best artists moving to Berlin. Is this something you’re generally in agreement with?

Yes, that’s true. The government and some gangs are making it difficult for the clubs in Frankfurt. Unfortunately, there are not so many possibilities to celebrate electronic music anymore.

You also were a resident for a time at Frankfurt’s Tanzhaus West. Can you tell us a bit about the club and the role it plays in the city’s nightlife?

Yes, I was resident there until the beginning of this year. I have the feeling that the spirit of the legendary U60311 lives on there. There are still 25-hour raves. It does not matter who you are, what you can do or what you own. It’s all about enjoying the music and being together. You can go there alone and find new friends quickly. That’s how I got to know and love techno. At big festivals, I miss that. At Tanzhaus you can be sure that every weekend you can experience a good party.

What should we look forward to from you in 2020?

New music, of course, a lot of funny stories from my farm and hopefully many great sets in many cities and countries. Hopefully soon in the US too!