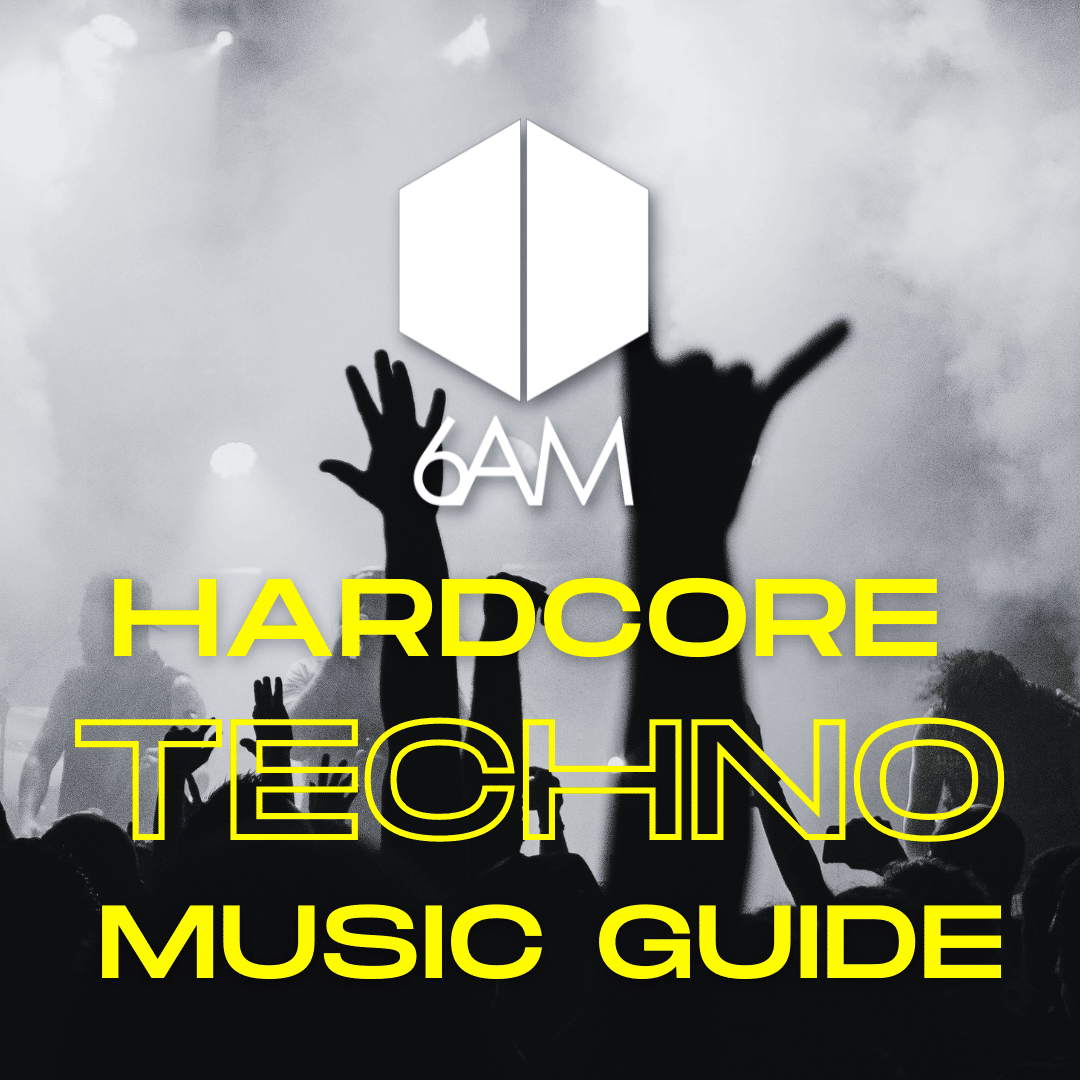 Hardcore can be cited as one of the rave genre style of music that developed in Europe and beyond throughout the 90s. Yet the birth of this singular musical style, often mixing hybrid genres, can be traced back to the 70s with the early genre known as gabber. Freedom, exploration of agressive sounds, and raves are what the hardcore music fan can expect from this specific music. So what makes hardcore techno distinctive from other styles of techno such as Detroit techno or Chicago House? What are the main characteristics of these sounds and what genres do we know until today? What artists and producers made hardcore techno popular and made it a true destination for all fans of fast BPM and distorted sounds?

What Is Hardcore Techno?

A subgenre of electronic dance music and precisely techno music, hardcore techno found its roots in the 1990s primarily in Belgium and the Netherlands, and developed in the UK and Germany. Contrary to other styles of techno, hardcore techno is faster with a BPM ranging from 160 to 200 with intensified kicks and distorted saturation, that may recall industrial music. Some subgenres of hardcore techno music includes Gabber (early hardcore or known as mainstream hardcore), industrial hardcore, breakcore, speedcore, and Frenchcore. Let’s explore the birth of hardcore techno as well as its development throughout the years as early as the 70s.

Electronic music instruments such as keyboard, synthesizer, drum machine, sequencer, sampler and bitcrusher are used for producing hardcore techno music – like in most electronic music. The difference ranges in the use of distorted sounds, the speed and tempo of the songs, and the different elements to produce hardcore techno, for instance with aggressive kick drums and violent basslines. Hardcore techno tracks can be distinguished from other types of techno music as they boast faster BPM, synthesized bass, and usage of saturation alongside a somewhat violent rhythm. What distinguishes the hard techno music kick is a distorted sawtooth kick, making it harder and edgier than other kicks used in techno. The atmosphere is less melodic but rather more dance floor and beat driven.

Early hardcore – popular in western europe and characterised by heavy drums and kicks and distortions with BPM up to 190.

Mainstream hardcore – which features more complex sounds of gabber and ranges from 150 to 165 BPM.

Speedcore – is noticeable with very fast tempos (even 300 to 500) boasting more aggressive themes and heavier distortions.

This track by Marc Trauner is recognized as an early hardcore techno music track.

Industrial hardcore is a combination of techno and hardcore that features darker and colder sounds, and developed in the UK, Netherlands, and Belgium in the 1990s.

Happy hardcore: features sample of songs that were accelerated, often coupled with joyful female or male vocals and piano riffs, with a 165 and 180 BPM. Example:

Frenchcore: is a style of hardcore techno developped in France, that recalls gabber but with lighter and smoother elements with a high tempo ranging from 190 to 250 and a distorted offbeat bassline.

UK hardcore: similar to happy hardcore, UK hardcore has a distinct style with harsher basslines that developed in 2000s in England.

Speedcore: with a BPM of 300, speedcore is described as a violent and aggressive subgenres of hardcore techno, that also features hyperactive snares and toms.

Rave music is often linked to hardcore techno, and despite being born in Detroit, hardcore techno singularly developed in Europe, especially Belgium, the Netherlands and Germany.

Angerfist, a producer and musician of hardcore and gabber, from the Netherlands, is often referred as the King of Hardcore.

Active since the 1990s, The Prodigy, UK based members of 4, are often cited as one of the most influential breakbeat producers alongside Fatboy Slim and the Chemical Brothers.

DJ Mad Dog is an Italian producer who created the group ‘Hardcore Terrorists’ and is one of the highlights of hardcore techno as of today.

Paul Roger Elstak is a Dutch happy hardcore and mainstream hardcore producer who contributed to the diffusion of hardcore techno throughout the 90s with his label Rotterdam Records.

DJ Promo from the Third Eye Movement developed mainstream hardcore sounds throughout the 2000s and still regarded as of today as one of the main pillars of hardcore techno.

Hardcore techno has seen 4 decades of expansion from the Netherlands and Western Europe to broader horizons, with singular sounds and culture represented by distinctive artists. Often linked to raves and rave sounds, the genre encompasses today broader sub-genres both locally and internationally that feature their own sounds and artists.