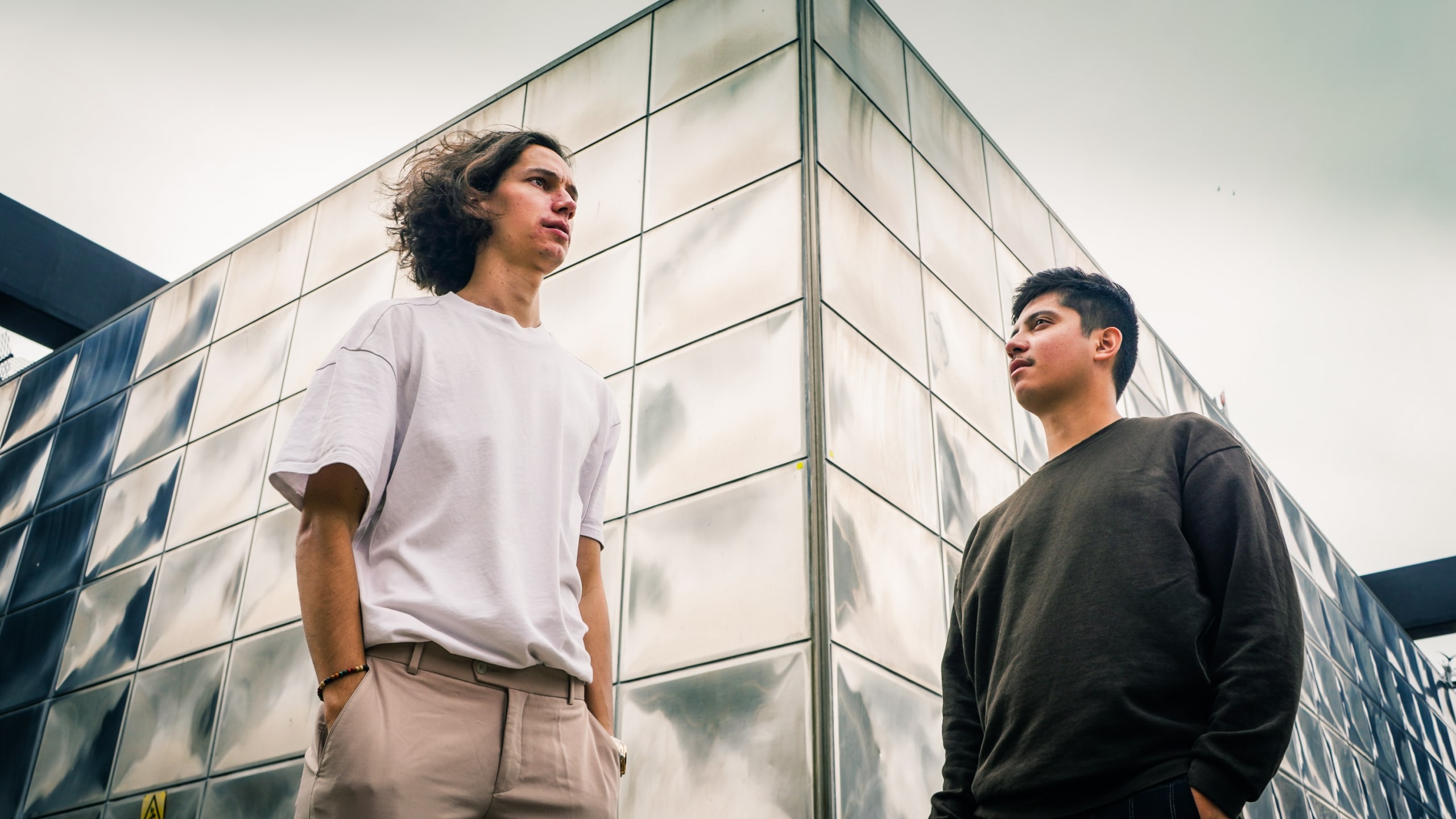 UK duo Tibasko release “Reverie“: the latest in an extraordinary, genre-defying run of singles that have placed them at the vanguard of young, fiercely talented electronic music producers that we have been discovering as fans in the last few years.

Breakthrough UK duo Tibasko are quickly establishing themselves as purveyors of an epic, highly melodic and unique sound that sits somewhere between breaks, house, techno and trance. Annie Mac has been a huge supporter over the last couple of years, which has led to plaudits from BBC Introducing, naming them in The Hot List of acts in August 2019 and number three in their Ones to Watch 2020 list.

They’ve also been named by Kiss FM as Ones to Watch for 2020 and have had previous releases on notable labels such as W&O Street Tracks and Toolroom with DJ support including Denis Sulta, Hammer, The Black Madonna and many more.

Their latest is “Reverie”, which lands on the Another Rhythm imprint: a label to which Tibasko are far from strangers having been a part of their journey from the very start.

True to form, “Reverie” is yet another step forward in the evolution of this exhilarating act. With a backbone of broken beats and elegantly intertwining synths, the ravey vocal and pulsing bassline combine to evoke an atmosphere that delicately balances nostalgic yearning and visceral punch.

Tibasko’s ability to evoke intense, heartfelt emotions while never losing sight of the dancefloor is precisely what connects them so firmly to their audience, and “Reverie” is another prime example of their impressive alchemy.

6AM catches up with the duo to talk about their year, their journey in producing “Reverie” and more.

Thanks for talking to us today guys… 2020 hasn’t really been the year any of us expected so far, how are you both coping?

Andy: Hey guys, thanks for having us! 2020 has been such an odd year for us as Tibasko. We started the year on different sides of the planet as I was living in Vietnam DJ’ing and throwing parties. Ken and I were sending each other music throughout the time I was out there. Then obviously Covid-19 threw a spanner in the works in terms of our gigs, we had a busy summer ahead of us but that was halted, unfortunately.

Ken: We’ve been head down in the productions this whole time, really crafting our sound and producing some of our best music in the recent months. We’re super excited to be able to get it out and our last three releases have reflected the sound that we’ll be pushing going forward.

I think it’s fair to say that anyone working in electronic music owes a significant debt to black culture. What are your thoughts on what’s happening in the US and UK at the moment?

Andy: I think it’s important for anyone involved in the electronic music industry to understand and accept that in essence, the music we make derives from black culture and we should pay homage to that. As artists looking to build a career primarily influenced by their culture, it is also our responsibility to stand up and speak out when black people’s rights are not seen in an equal light. The police brutality that we’ve seen with George Floyd and many other black people is a clear indicator of this. If you dive into the history of electronic music, you’ll realise that a lot of it is black protest music.

Ken: Take techno for example – this music form was said to have been created in Detroit during the 80s within the poorer suburbs, where the population was experiencing higher rates of drug addiction, poverty and inner-city violence after the government began to decentralize car factories – home to the jobs of many people. Artists like Derrick May and Kevin Saunderson pioneered techno as a form of artistic counter-protest, empowering the black population by giving them the freedom to express themselves through dance form, in a restricted reality of society. So following on from Andy, we think it’s important for us to use our platform to help educate others as to why the Black Lives Matter movement is crucial in today’s society.

Music has always been a big part of counterculture and revolutionary movements, at least historically. Do you think that’s still the case? Or has music become too business-focused for that?

Andy: I think music in general still has elements of counterculture today, but it depends on how the artist utilise their platform. A key example of that is Stormzy’s performance at Glastonbury last year, where he wore a stab-proof vest made by Banksy to comment on Britain’s knife-crime crisis and racial inequality in the criminal justice system. But it’s also true that there are examples where music is business-focused.

Ken: Specifically to the electronic music scene, you’ll see a lot of memes on social media surrounding “business techno”. No one really knows what falls in that category, but I think it’s to do with the idea of DJs and artists making “sell-out” music rather than pushing the boat out with something a little more experimental and creative. I think there is a place for that kind of music in the industry as it does the job – it brings money in to support the industry as a whole.

Onto the music… we’re really into “Reverie”. Any specific inspiration behind it?

Andy: Thanks for the kind words. Reverie for us is a state of pleasantness in which you can put your head back and get lost in the music. While producing it we wanted to convey a certain emotion to the listeners, one act that we take inspiration from that do this is Bicep. Their ability to transport a dance floor with their records really intrigues us.

Ken: We saw Bicep’s live performance at Printworks about two years ago and we both agreed that it was probably the best electronic act we’ve seen. We take a lot of inspiration from their synth design and then add a little Tibasko touch. We aim to produce music that makes people think, makes people feel and of course, makes people dance.

How does working as a duo help fuel creativity in the studio? And what are the drawbacks, if any?

Andy: Great question, working as a duo is fantastic when I’m not feeling my most creative, I can take more of a backseat roll in the production and vice-versa, this often negates the dreaded ‘writer’s block’ that most producers feel. Also having your partner there to ofter the second set of ears is so crucial, they might have a specific sound in mind that you had not even thought of.

Ken: We can also produce at home by ourselves and send stems to each other which we’ve found works really well, especially whilst in lockdown, this was such an important thing for us to do to enable to keep our work rate at its maximum. I’d say one drawback is that I use Logic to produce and always have, while Andy is Ableton through and through. This isn’t too much of an issue but sometimes it can hinder when we’re producing together. 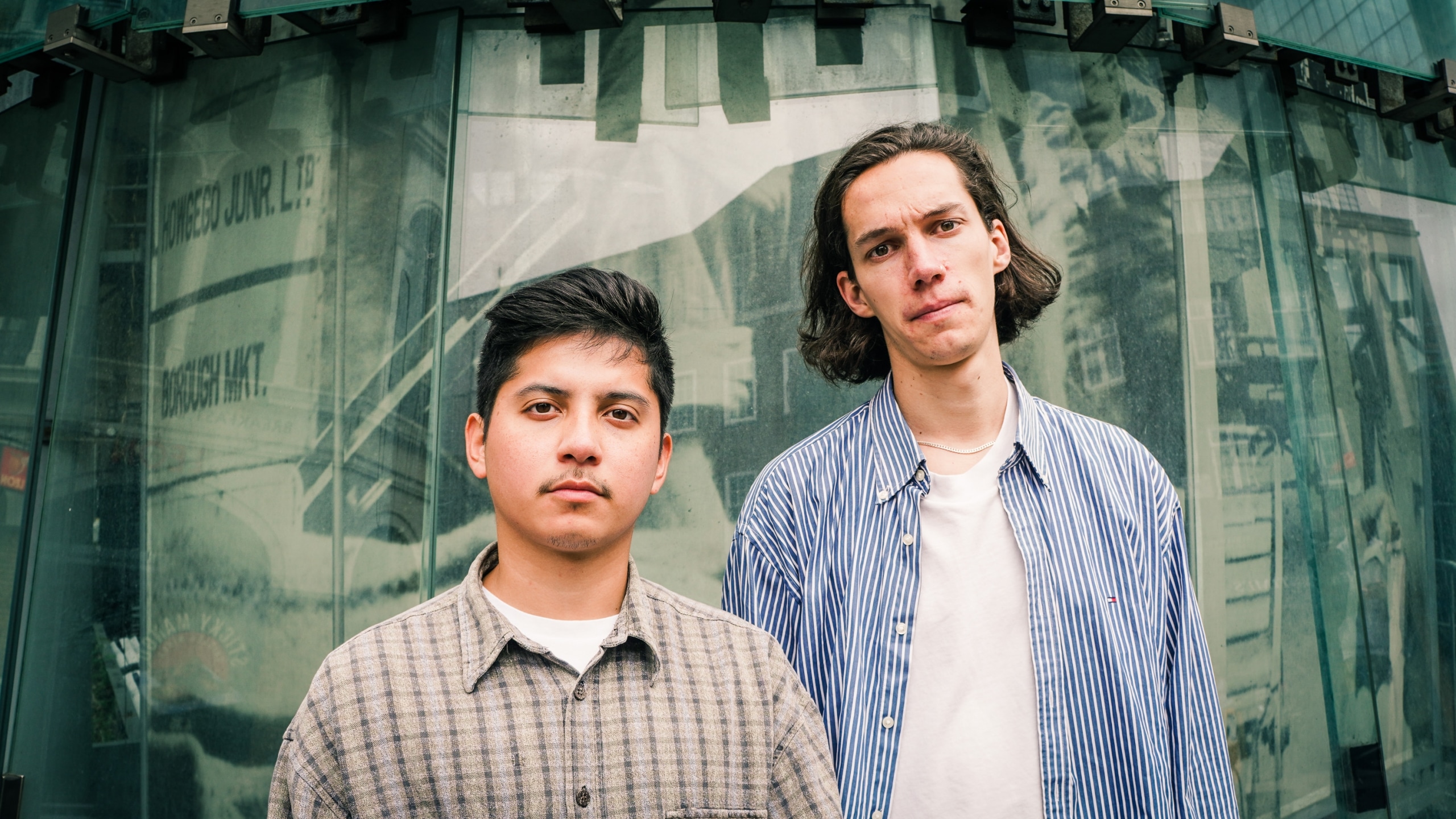 Your music has certainly developed a fair bit over the past few years… will it continue to do so?

Ken: At the beginning of any music career you go under a form of experimentation with the records you produce. We’ve certainly started to fit into a certain mould in which we feel our music belongs and are gathering a following because of it. The music that will be coming out will continue to evolve as our love for music does too, but we are enjoying making this style of euphoric, melodic techno and breaks.

Andy: 100%. We’ve hit our stride with the last three releases of ‘Vertigo’, ‘Solum’ and ‘Reverie’ and the sound you’ll be hearing from us in the next year will follow the same sort of narrative. We don’t want people to think that we’re a one-trick pony however, in the future, you can expect many different styles of this ‘Tibasko’ sound that we’re pushing right now.

When you’re finally allowed to perform live again, what will that look like? Will you be DJing, live show etc?

Andy: The music that we’re producing at the moment is being catered to fit around a live performance setting, expect big driving synths, euphoric vocals and maybe an electric guitar. This will be a gradual process in which we will be DJ’ing with added elements of live performance, but the ultimate goal will be a full live performance with lasers, explosions and dancing monkeys.

Ken: DJ’ing will however always be such a great way to get our music across to people and we cannot wait to be back in front of crowds laying down the grooves! We had such an exciting summer ahead of us with festivals across the UK so we’re sure that when clubs begin to open back up again so will our schedule.

What else should we be looking out for from you this year?

Andy: We’ve got lots of exciting projects and music coming out later this year. We have a two tracks release coming out on Street Tracks as we make our return to Waze and Odysseys’ imprint, as well as continuing to work closely with Another Rhythm on a secret project that’ll be out early 2021.

Ken: We’re also making our debut on the legendary Stress Records with a single entitled ‘Resistance’ and another track on their VA including some heavy-hitting producers. We’re super excited for what the rest of this year and the future has for us and we can’t wait to share the journey with everyone who has followed us so far.

You’re both still fairly new to the industry… in ten years when you’re megastars selling out stadiums, what word of advice would you give your younger selves?

Andy: I’d always tell myself to stay super grounded, I’d remind myself that I was once that kid sending out music to labels and big DJ’s hoping for some feedback. Staying true to who you are and not letting fame get to your head will probably be the best advice I can give to my younger self.

Ken: That’s a tough one. I think my advice would be similar to Andy’s. I’d tell him to stay humble and remind him that our success is not solely attributed through talent alone, but also by the support of the people around us. So I’d say to my younger self to always look to support other younger artists looking to “make it”. I’d probably also tell him to keep making honest music that you love rather than following the music trends that are hot during that time.

Tibasko “Reverie” is out on Another Rhythm and available HERE