Discovering Sonarpilot and The Mirage Project 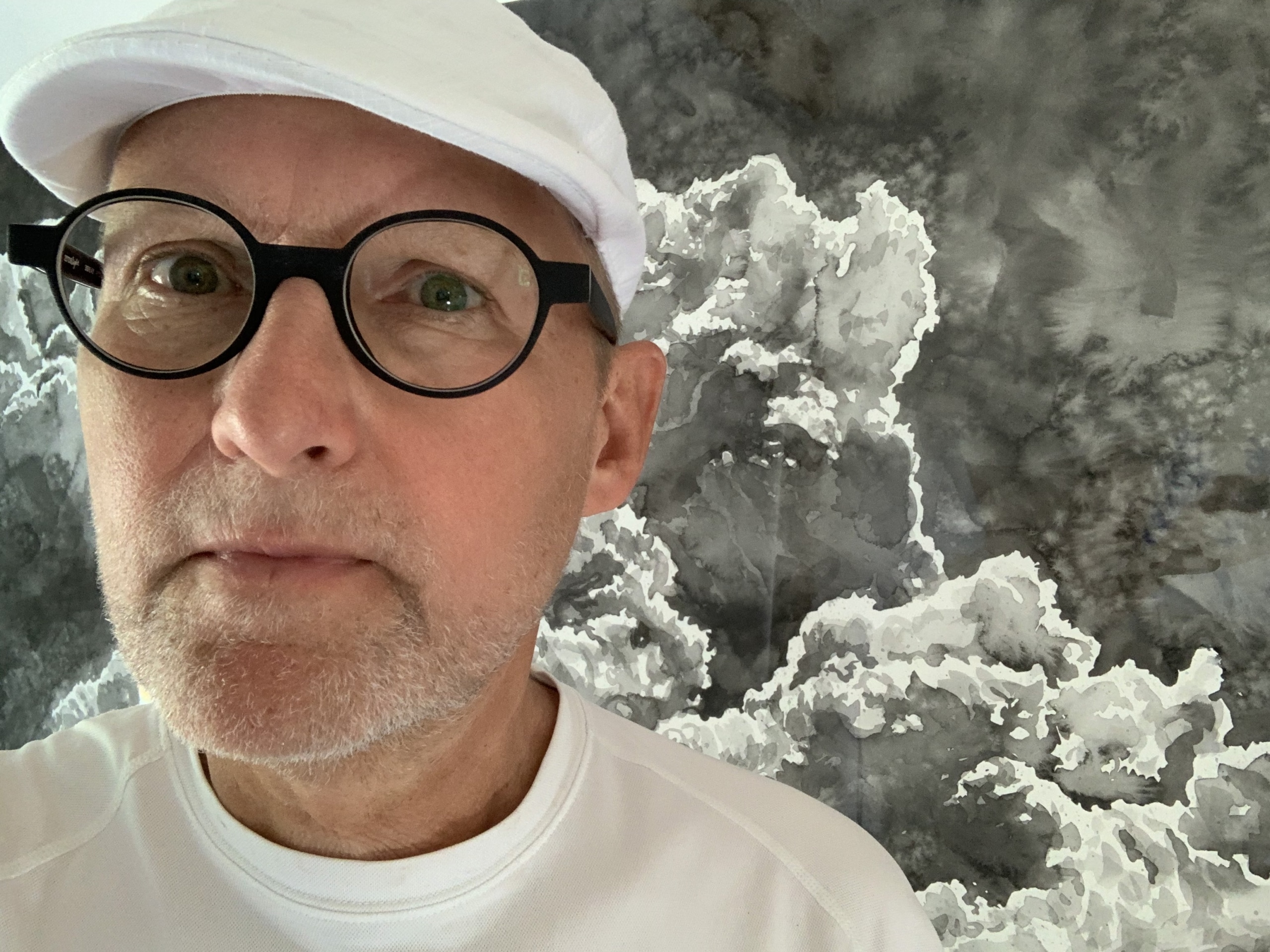 Discovering Sonarpilot and The Mirage Project

We welcome Sonarpilot, a Swiss electronic musician and producer to discuss The Mirage Project, a series of fractal films with deep and ambient soundtracks that lay the foundations for a new world. Michael Moppert, the man behind the music gives a detailed account for his career, the project and what’s next for him.

More on the project can be found here.

Please introduce Sonarpilot to the readers, who are you and how have you been?

My name is Michael Moppert, I am an electronic musician and producer, I live and work mainly in Switzerland and France. Sonarpilot is my musical alter ego.

I started to make music in the late 1970s. I ran a recording studio in the 1980s, I produced bands and worked on my own material, using a lot of early digital technology, samplers and synthesizers.
​

In the 90s I founded a software company that kept me pretty busy for quite a while. After leaving the software industry, I returned to music-making at the tail end of the 00s. I created Sonarpilot and since then I have been writing, producing and releasing electronic music.

In the last ten years, I have worked closely with London based producer and DJ veteran Jonny Miller. Together we initiated the label Sonarpilot Audio to publish some of my own work as well as music by electronic music artists from around the world.

The Mirage Project is a series of six fractal films accompanied with exclusive soundtracks – this was announced and began back in the Summer – what was the inspiration behind the project?

After ten years of making club-oriented music I was looking for ways to break out of the routine of releasing EPs and albums. The industry had changed a lot. The sheer amount of new releases had become overwhelming. There is still a lot of wonderful new music, but in general I feel that the majority of electronic music has become a commodity.

So, I decided to do two things: I wanted to add a strong visual component to my work and to create something that echoed the concept albums that I loved when I was a teenager.

Fractal structures are all around us: Trees, rivers, coastlines, seashells, hurricanes or whole galaxies are all fractal systems. A fractal is an object in which similar patterns occur again and again at different scales and sizes. Think of a Romanesco, that psychedelic-looking cauliflower and you get the picture.

Fractal shapes can actually be described with rather elegant mathematical formulas. And such formulas can produce new fractal objects, even whole worlds, that are completely synthetic, yet look amazingly realistic. All videos of The Mirage Project are based on such fractal formulas.

We used a software called Mandelbulb 3D to create individual pictures of such worlds. Out of several hundred initial fractals we selected the ones that we liked. And then the real work began: In order to animate those worlds, we had to generate 25 pictures per second. Some of these fractals are very complex, it can take 20 minutes to calculate one single picture.

It was an insane amount of work. The whole Mirage Project took well over 30’000 hours of rendering time just to create the basic visuals. And then there’s the editing process. I wrote the music and edited the videos in parallel in order to make them work together seamlessly. Going back and forth is a great creative experience, but it is taking a lot of time, about two months for each Mirage.

The use of fractal for the movies is something very unique and certainly gives the project a unique look. Has any film, album or dream inspired the look or sound of the movies in the project?

When we started to work with fractal technology we were blown away because the visuals looked like nothing we had seen before, they were really unique – extremely realistic, like something that could exist in some distant galaxy or in a subatomic world. Yet it is just a mathematical formula that spits out these wild visions.

There are of course references that come to mind: M.C. Eschers weird buildings or H.R. Giger’s artwork that he created for the Alien saga. And there is Guardians of the Galaxy, which was nominated in 2018 for an Oscar for Best Visual Effects. Some of the visuals of that movie had been created with fractal formulas. But in general, fractal technology is not widely used.

When watching the movies and listening to the music, how would you describe the optimal setting to view them, where would it be?

Great question! Well, we all know that most people watch their music videos on their phones. But if you really want to dive into these worlds, do yourself a favor. Grab some good headphones or decent speakers, make yourself comfortable in front of a nicely sized computer monitor or TV and enjoy the trip. I can assure you – it’s a completely different experience!

How did the production process interlink with the visuals from Roger Mader – how did the creative process happen on a day-to-day?

We start with a joint decision which fractals we want to work with to create a Mirage. After that Roger gets to work. He is responsible for all the raw visuals, he decides how the camera should move, he renders all images on a farm of laptops and does the initial animations. That might take about a month. Once he is done, he sends me the animations. I never know what to expect. Visually these clips are already pretty amazing. But they are not yet telling a story, they are not taking you on a journey into a world.

So my job is to create that trip, that story. I edit the videos, add effects, try out new things and turn them into something that you want to watch for 10 minutes. And of course there’s the music which adds a whole new dimension to the experience.

Roger gets to see a first draft after about a month. His input is extremely valuable for me because at that stage I have been with a new Mirage for such a long time that it is hard for me to see the whole picture.

After that I do the finishing touches, refine both music and visual. Then the music goes to the mastering and with that master I create the final version of the Mirage, with credits, titles etc.

And then we start again from scratch.

The final track The Last Machine is out now (6th November), tell us more details specifically on the final piece to the puzzle.

In this Mirage we visit a system of planets that are completely covered by a massive machine. Its creators have disappeared. We don’t know what happened, but it looks like something must have gone terribly wrong.

The underlying idea is this: What might happen when a civilization develops a super intelligent artificial intelligence?

SciFi? Definitely. But also a very relevant issue for the survival of our own species.

Here is why: We are currently working hard to create machines that are extremely intelligent. And for good reasons: We need better, smarter machines to help us address huge challenges. How can we feed an ever growing population? How can we take better care of the resources of our planet? How can we develop new cures for illnesses?

At some point we will create a strong Artificial Intelligence that will have the capability to create following generations of machines that are even more intelligent, without the need of a human engineer.

That might well be the last machine we ever build, because this process could result in an artificial intelligence that makes our own human intelligence look like the brain of an ant.

We have no idea how such an intelligence would behave – it is simply beyond our intellectual capacities to understand its mind. How should an ant be able to comprehend how a human mind works? Therefore, it is almost impossible to set the parameters within which such an A.I. works in a way to make sure that nothing weird or bad happens. It is simply not possible to foresee all the things that could go wrong with such an enormously powerful artificial mind.

It might sound far-fetched – but some of the brightest minds such as the late Stephen Hawking warned that the development of full artificial intelligence could spell the end of the human race.

Now, that sounds all very dystopian. But The Last Machine is not at all dark and full of doom. It is very beautiful to watch. That machine is really amazing.

Is this project about escapism, or perhaps could well be for this, about getting away from the harsh realities we are now facing in the world or is this a future vision we can look to for us?

As in The Last Machine, each Mirage has an underlying theme. Some are more obvious, some are more subtle.

In the liner notes to his groundbreaking 1978 album “Music for Airports” Brian Eno wrote: “Ambient Music must be able to accomodate many levels of listening attention without enforcing one in particular; it must be as ignorable as it is interesting.”

More than forty years later, the same is true for the deeper meaning of The Mirage Project: It is perfectly fine to watch the movies and dive into these strange worlds as a purely escapist experience. Or, you can dive a little deeper and take them as a meditation on some fundamental themes of our time.

Looking beyond The Mirage Project, what are your future plans and projects for Sonarpilot, what can we expect to follow?

The project has been an amazing creative journey. And what’s even more important: People like it. It is something different. We have been invited to film festivals and got good press. That’s why we are currently thinking about a Season 2 of The Mirage Project. Now, we don’t want to repeat a formula and become “those guys with the fractals”. But there are a lot of aspects of that technology that we have not yet explored, stories that we could tell.

Currently, we are working our way through hundreds of new fractal formulas. We are testing new ideas and new workflows. It’s too early to make a final decision, but things are looking pretty interesting.

But first we will wrap up Season 1 of The Mirage Project. We will release an album with all soundtracks and publish it together with the videos. That will be the concept album I was talking about earlier. After that we will take a decision if we continue this journey and do a second season.