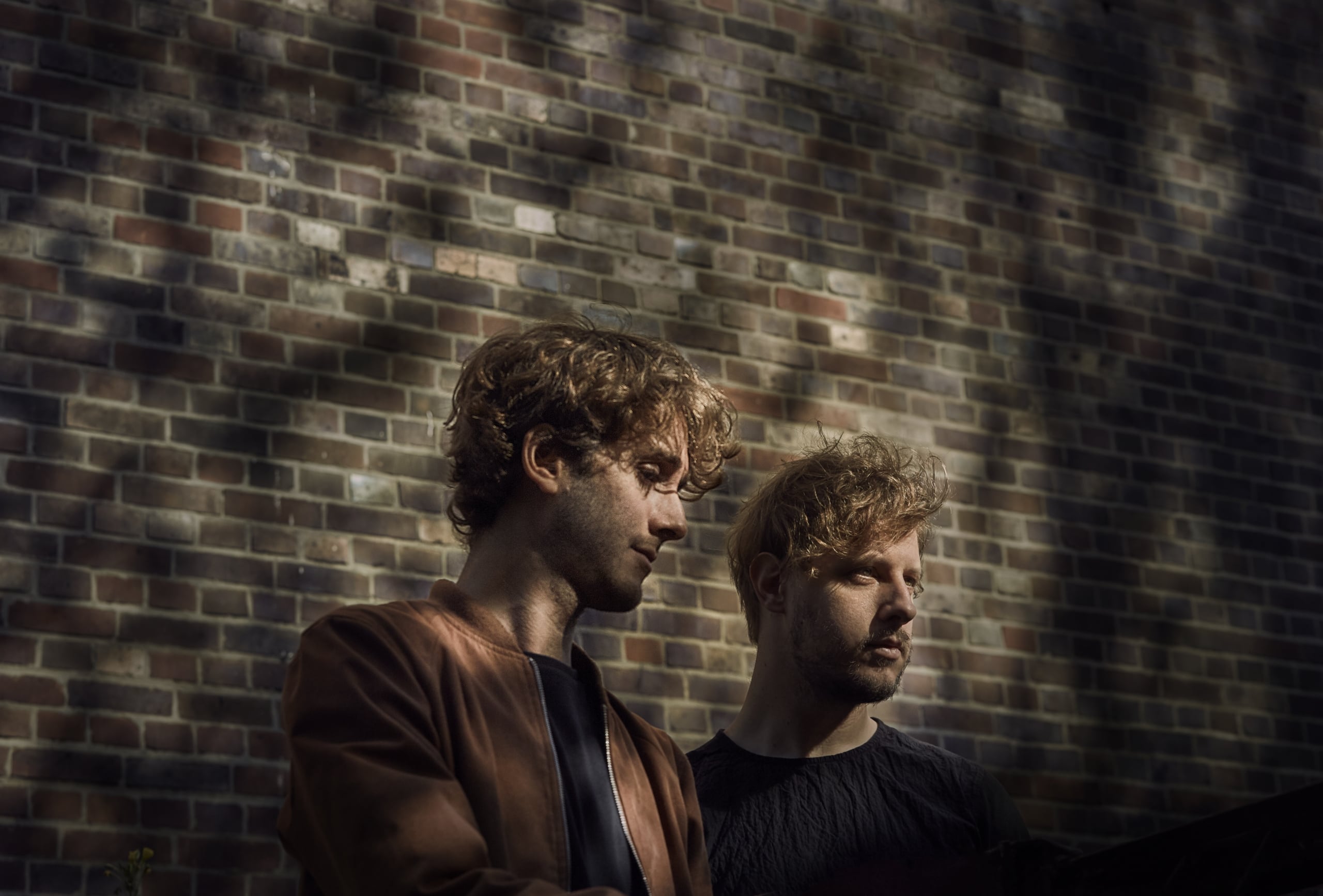 A remarkable seven-track opus combining neo-classical, modern composition with ambient soundscapes and vanguard electronica, Plano and Vos’s expert fusion of cutting-edge production techniques with contemporary musicianship shines through across the exceptional long-player, as the newly formed duo deliver a beautiful catalogue of diverse, thought-provoking records into one truly impressive and timeless collection.

As two musical pioneers who specialise in merging classical instrumentation with electronic sonics, Sebastian Plano and Maarten Vos clearly have something in common. After fortuitously meeting each other at a music festival back in 2015, they were inspired by the idea of pairing their approaches to create something new and unique. Sure enough, a year after their first meeting, the pair would spend a marathon week of improvisations at Plano’s studio in Berlin, which resulted in over sixty hours of arrangements and recordings.

“Imagine taking a sonic photograph of a marathonic week of improvisations and placing it into one record. Our album ‘&’ is a burst of musical expression and the final product of a journey through over sixty hours of improvisations and experimentations. It’s been a long time in the making and we really hope people enjoy experiencing it as much as we did creating it.” — Sebastian Plano & Maarten Vos

Finally trimmed down to an LP-length collaborative record after almost four years, the weeklong burst of improvised music has led to an exquisite new body of work that almost transcends genres; an album replete with rich, emotive cello duos, complex, counter-posed piano melodies and a subtle array of complimentary analogue synthesizers and forward-thinking studio techniques.

With their & now out (and available here), we talked to Sebastian and Maarten to learn more about the collaborative journey that brought them here.

Hi Sebastian and Maarten, and welcome to 6AM. Great to have you with us for the first time. How are you both?

Good, we are pretty well, thank you guys for having us at 6AM.

First things first, please can you introduce yourselves for our readers, and explain a little bit about your respective musical backgrounds?

We start with the common ground which is that we are both cellists, composers and producers, we both have a classical music background and we both left behind black suits and conductors.

Sebastian: I was born in Argentina and left to study music abroad when I was 17 years old. After living and studying in Italy, Boston and San Francisco, I relocated to Berlin where I’m currently based and have my recording studio. I have released three solo albums, the last title ‘VERVE’ got a nomination at the 62nd Grammy Awards in 2019. I also write music for films and videogames.

Maarten: I am a Dutch classically trained cellist, composer and producer known as much for my exploratory approach to the cello as my work with the modular synthesizer. I make music under my own name and also released a few collaborations. I compose for contemporary dance, film, digital audiovisual projects and have a recording studio as well.

Congratulations on the forthcoming release of your new album ‘&’. Can you talk to us about the project and the creative inspiration behind it?

Thank you lots! The project comes as a result of a week long of improvisations that we did at Sebastian’s studio back in 2016. We were experimenting a lot processing all acoustic sounds electronically, mostly with Max/MSP and other devices. We had approximately 60 hours of recordings that later on Sebastian trimmed down making all the arrangements for the 7 tracks which are in the record.

Sharing many musical aspects in common we were curious to see where that improvisation journey would take us, not knowing where it could go was inspiring.

The album is called &, with each title of the seven tracks following a distinct theme (…&…). What’s the concept behind this?

We were interested in bringing a concept in which each track creates a theme by the relation of two elements. The center piece is “One & One”, being rather literal and representing sort of the sameness in respect to our musical upbringings; we both play the cello as our main instrument coming from a classical music background and both are working with electronic instruments.

We understand that this is your debut collaboration — how long have you known each other and where did you meet?

It is! We met at Cross-Linx Festival in 2015 where we spoke about a possible collaboration, since we are both cellists experimenting with electronics, synthesizers and other production techniques we found it interesting working together. A year after Maarten made it to Berlin and we planned this week time improvising at Sebastian’s studio.

You describe the album as a “sonic photograph of a marathonic week of improvisations”, referring to a mammoth collaborative session you guys had at Sebastian’s Berlin studio back in 2016. Why has it taken so long for you to release this body of work?

It’s fine for new releases to age a bit before they see the light, you can enjoy them for a few years before they fly away! There was also the fact that we were releasing our solo works and wanted to find a time that was right for this release.

What was the most challenging part of the whole creative process?

Well, definitely the challenging part came when Sebastian sat down with the 60 hours of improvisations and started cutting and editing, putting all the tracks together.

This was tricky but at the same time we knew from the beginning that we didn’t want to force it, sort of
thinking ‘we must make a record out of this takes’, and rather letting things fall in place naturally.

And the most rewarding?

The record feels to us like a snapshot of an marathonic week of improvisations, what’s rewarding is to have created a story, a defined music collection from all that sonic week. And surely having the album out!

Can you talk to us about some of the gear you used in creating the album?

Yes we had two cellos, one grand piano, one baby grand electronic piano Yamaha CP-80, we also had a Vermona DRM drum machine, Korg Monotribe, several built effects on Max/MSP, production and effect plugins running on Ableton and Logic among other few things.

Let’s talk about your production set up and how you approach working together in a studio environment. Are there clear boundaries when it comes to your roles? Who does what exactly?

We would go from two cellos improvisations to much more experimental approaches such as modifying the acoustic sounds in various ways as we would improvise. For example Sebastian was doing all the piano improvs. while Maarten was modifying its sound in real time with various sort of effects and mostly using Max/MSP.

What do you like to do in your spare time when you’re not making music?

Seb is really into cooking so, then his spare time definitely goes there and surely escaping into nature. Maarten is into running, painting and playing some cinematic videogames.

Finally, it has been a very difficult year globally but hopefully things can begin to improve soon. What are you most looking forward to doing when some level of normality returns?

Definitely touring is something us all are missing a lot, the fact of connecting our creative work directly with people is dearly missed during these current times.

Thanks very much for taking the time guys, we really appreciate it!

Our pleasure, as always!

Sebastian Plano & Maarten Vos & is out now and available HERE