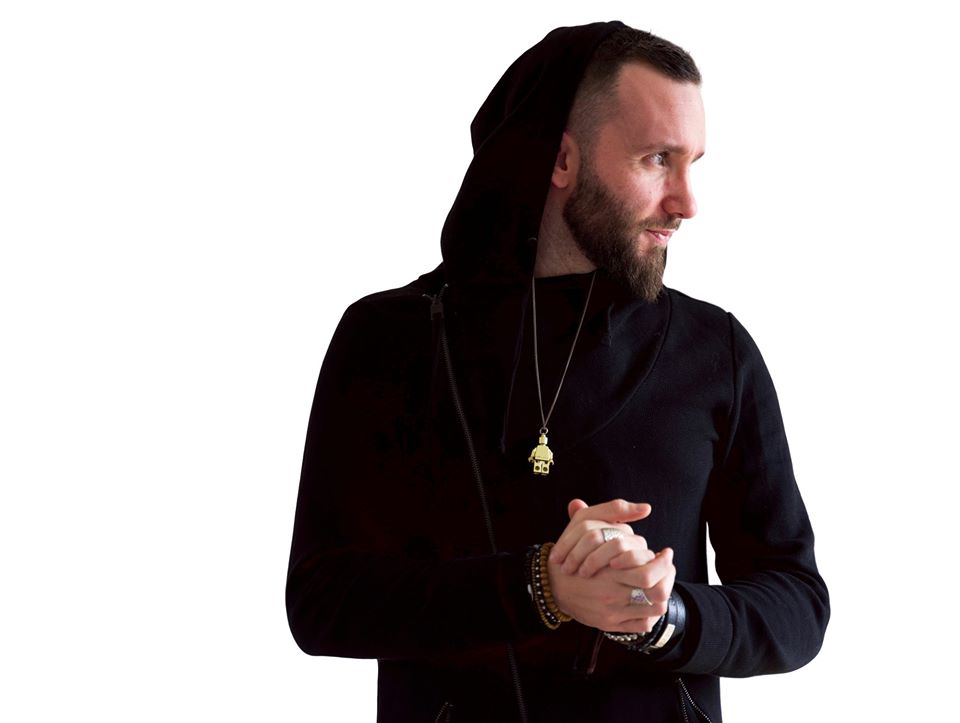 Jickow is Frenchman Celas Mazzola, who now resides in Belgium and has been DJing and producing for over a decade. He is the main man behind the ‘Hendonism Party Crew’ events at Brussels famous Fuse club. He’s been enduring the lockdown period like the rest of us, but is quietly positive for the future and has given his thoughts on what needs to change in order for the music landscape to develop and thrive in the future.

The opening track of his new Broken Mind EP, out on Deep House Belgium this 7th of July is premiered exclusively on our SoundCloud and is titled “Can’t Get You Off My Mind.” The track is visionary and expansive with reverberating keys echoing in the far off distance with dense, warm pads and synths laying a framework that is cemented by the driving percussion. Within a little over 6 minutes the EP already displays vast ranges of the ’emotion that music provides’.

Jickow spoke with us at length ahead of the release, which is now available now on Beatport.

6AM · Premiere: Jickow “Can’t Get You Off My Mind” – Deep House Belgium

Introduce yourself and give us some background on you?

I’m Celas Mazzola, better known as Jickow nowadays. Born in Marseille, I’m now living in Brussels, Belgium. I’m deejaying for one decade and a half. I started to produce my own stuff in 2010 but I never pushed myself too hard on that. I used to be an artist booker/manager from 2008 to 2014 then I took a few years break.

I’ve decided to come back to my first love (music) at the beginning of 2017. Over the last few months, I’ve released some music on Resopal Schallware, OKO Recordings (Betoko’s label) and Beatfreak Recordings). I also run events at Fuse club in Brussels with “Hedonism Party Crew”.

Where have you been during lockdown and how has it been?

I’ve stayed in Brussels the whole time. It was such an experience. I’ve been lucky enough to keep my work from home. Despite how tough it was, it has been an incredible moment to reconnect with myself, to take care of me, to become (more) spiritual, and seize the moment to do all the things I never had the time to. It has been tough, really tough, especially the no-social contact. I’d been very lucky to have my cat during that time! II was going out one time every week to buy my fruits and vegetables. To be honest, I really enjoyed the first weeks… But after 40 days, the struggle was real, but Belgium started to shut the lockdown… So, perfect timing!

What have you learnt about yourself? Have you been creative?

It helps me to recover and take care of myself, I’m kind of an hyperactive guy. I’ve my main job, music, last year, I decided to go back to the university to learn Law. I’m doing a lot of things to keep my mind busy like a bee and this lockdown was great to step down and chill a bit.

I’ve been creative, but not really on music matters. I’ve started to paint, I’ve put myself in the challenge to read a book again per week, taking more time to meditate and care about others and about myself. On the music part, I think I finished 5/6 tracks, no more; but for someone like me, it’s such a challenge as I never finish a track (which explains a not so big discogs).

Will dance music bounce back you think or will there be long term changes?

Well, at the beginning of the lockdown, I was certain that a new « summer of love » will appear and, indeed, this is the wish of everyone. To go to parties, to have fun and, overall, just enjoying life. I run a series event named “Hedonism Party Crew” because Hedonism is a common sense: Pleasure is the highest good and proper aim of human life and, after a few months of lockdown, we all certainly agree to that.

My concerns about the long-term changes are that we must have a change of politics and have full political cooperation to regain real nightlife and a real politics of clubbing. Dance music is a true cultural vector, but also a part of the economic health of the country. Nightlife and dance music is part of our lives on all levels. I really hope this lockdown will awaken the political actors of all countries and all cities to cooperate on this crisis, but also on all previous crises and also crises to happen. This is the only suitable long term change I hope and I see to bring back the nightlife.

You are classically trained right? Where, when and in what did you learn those skills?

Not at all. I love classical music, but I have never been classically trained. I wish I had the possibility to do the conservatory when I was younger, but I come from a neighbourhood in Marseille where even electronic music was not too appreciated back in the days, so I let you imagine about a guy who’s doing conservatory.
But time passed and I decided to learn piano earlier this year. I had a couple of lessons, but it stopped because of the lockdown. I will start again very soon because I really enjoy it.

Do they help? Is it good to bring real musicality to house and techno?

From my Point of View, I think it is. It helps you to understand how to properly write a song, how to deal with the arpeggios, the melodies and overall the musicality. One of my dreams is to revisit some pieces from Erik Satie and his Gymnopedie series into techno music like the Bolero de Ravel which is, for me, a true masterpiece.

What inspired your new one on Deep House Belgium? Where and when did you write it?

As you can guess by the names, inspiration came from a break-up in January. It was tough but the wounds are now healed, and I see those tracks more on the positive and uplift side now. “Can’t Get You Off My Mind” was written at the end of January, I was looking for something very melodic, something to clear my head off, but the melody, as her face was in my mind all along so I decided to put my emotions in that track and voilà.

“Space of Broken Heart” was first written in a plane from Saint Petersburg to Barcelona, I was on my way to join my best friend who almost passed away to show some support and I needed to calm the stress in my head. Then, I put this track behind me, and I found the parts a few weeks after I ended the first track and decided to push it and finish the track to complete the EP.

What gear do you use, when putting together music?

Despite the fact that I’m a geeky guy, I’ve put my gear to the minimum. I produce music on Logic Pro X with an AKAI APC40 MKII and an AKAI MPK249 alongside a bunch of VSTs. So, nothing too fancy over here.

What does the title Broken Mind refer to?

Well, I mixed up the two title-names into one. In the end, it’s a good representation on how you can feel when the love of your life disappears. Simple and Basic.

Tell us about the Lego man necklace in your promo pics!

Well, first, it started as a private joke with my graphic artist, he knows that I love Lego and when I was looking for a logo, he submitted it for fun, but it turns out that I really like the idea. I decided to create a necklace when I went to a Lego store (yes, one of my guilty pleasures) and find a gold colored one. I’ve modified it to wear it as a necklace. It’s great because people recognize it immediately when they see the Lego on flyers or during events, it creates a connection to their inner child.

What else have you got coming up and what are you working on?

Well, I’ve decided to be more active for production stuff, so until the end of the year, I’ve some releases already scheduled on Natura Viva with Timid Boy & Criss Source as remixers, and another one on Tres14 which will be less melodic.

I’ve also 3 or 4 releases waiting for confirmation. I’m also launching a side project with my best friend named brthrs but nothing to announce it.