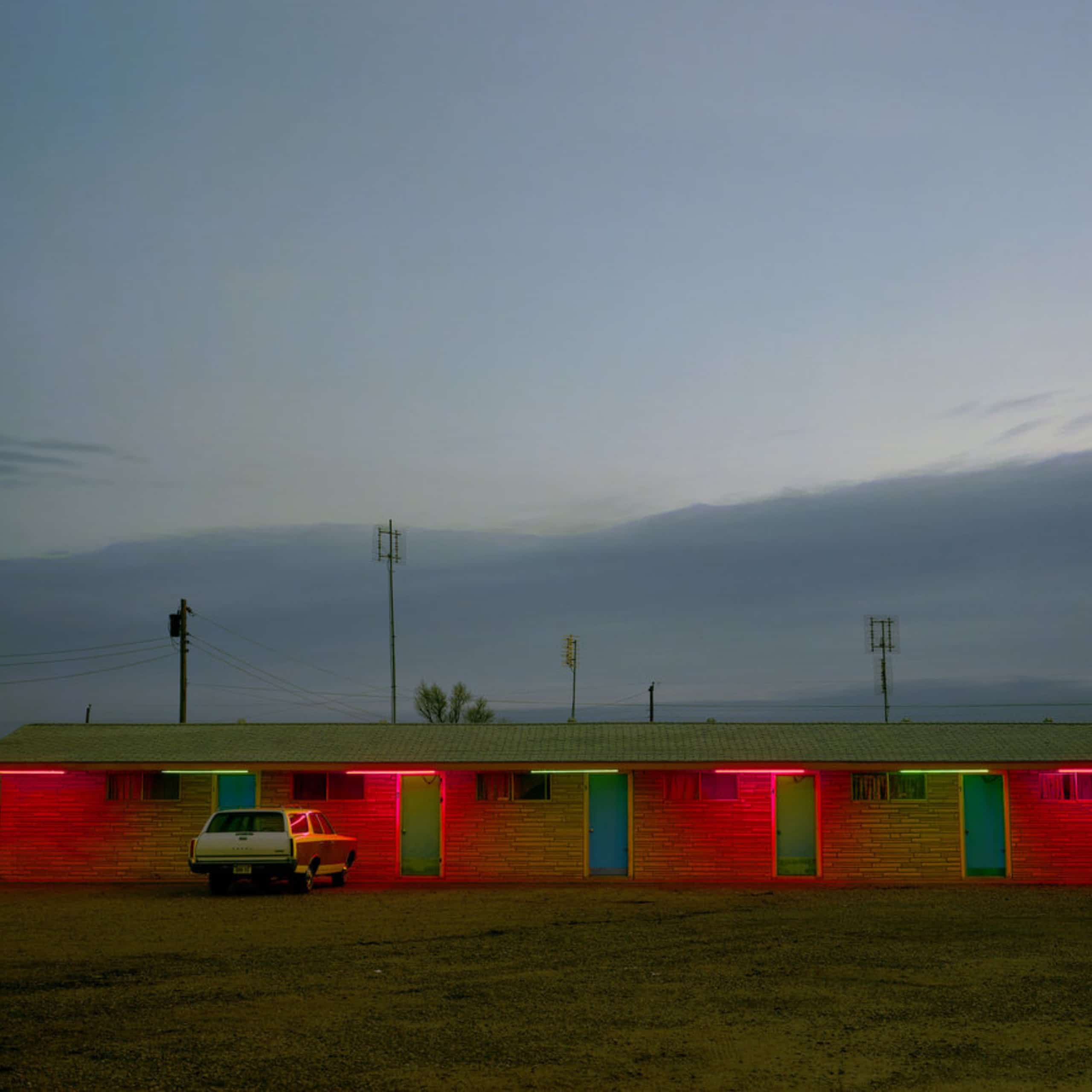 Featuring 10 tracks, the album is an incredibly accomplished collection for a duo that only formed late last year. Crossing old-skool two-step beats with house sax riffs and acid basslines, Late Checkout takes some of the most essential traits from the last 30 years of music and does something fresh with them.

Digital Analog Hotel is James Hancock and Dan Turner, two friends who met while working in a recording studio. Making music could have been difficult as Dan lives in Colchester and James, originally from Essex, is now based in Los Angeles. But despite the 5000-mile gap, the pair got together as Digital Analog Hotel in late 2019, sending Logic files back and forth as they wrote songs and perfected their sound.

“We wanted to emulate the vibe of those classic dance records,” they explain, “but also incorporate the production values of contemporary dance music.” — Digital Analog Hotel

This is an incredibly coherent, accomplished sound from a duo based on different continents who’ve been making music for under a year.

6AM sat down virtually with James and Dan of Digital Analog Hotel to discover what they’re all about.

Hi James and Dan – it’s great to chat to you! Your album Late Checkout was released not too long ago – how has the response been to the project?

So far great, especially with the current global situa6on. We are star6ng to create some traction with the press and radio placements.

What was the best memory you have from making the album?

For anyone who hasn’t listened to the album yet – what people can expect from it?

It’s rooted ﬁrmly in the classic house and garage we both love, but we also wanted to make something relevant and contemporary. I think we achieved that!

How long did the album take to put together?

You are a transatlantic duo – what are the beneﬁts of this?

We don’t kill each other in the studio (laughs).

What’s your favourite track to groove to from the album?

James: Baby U Got Me

Dan: Come on Over

Aside from releasing Late Checkout what has been your 2020 highlight?

Together, creating and working on a project like this without being in the same studio was we feel an achievement.

It was strange and new to begin with but it actually became a really natural, collaborative process over time. Obviously, things have been hard for everyone this year but we’re proud we managed to stay focused and utilise available the technology to make this album happen.

James also releases music under his new Grace Bones alias. This year he has released 2 records on the legendary Nervous records, Freakin 909, an EP on Ampliﬁed. He has forthcoming EPs on DJ Pierre’s label, a follow up on Ampliﬁed and a new single on Nervous.