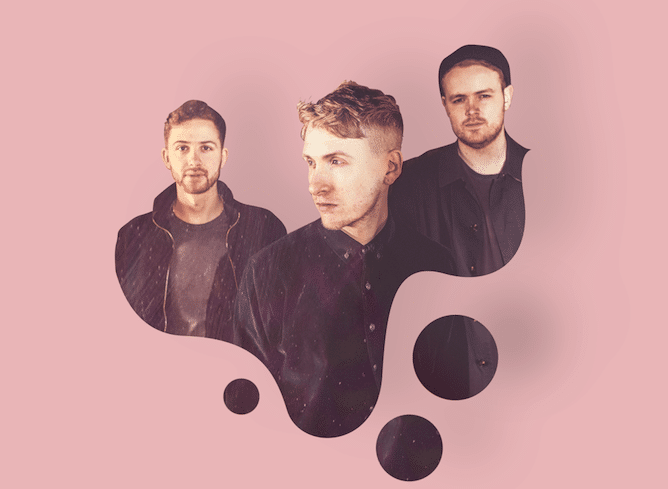 Welsh three-piece band XY&O, aka Skip Curtis, Nick Kelly and Tudor Davies, have been causing a storm with their distinctive style of Haze-pop – a sound that fuses elements of warm electro, chillwave and synth pop combined with profound lyrical content.

We grab a chat with them as they unleash their brand new single ‘Fever’.

Hi guys, it’s a pleasure to chat with you today, how’s your 2018 been so far and what have been your highlights?

Hey guys! Pleasure to chat with you too. 2018 has been awesome. We’ve written some of our favourite songs, played overseas for the first time and also done a hometown residency which really got our live show in good order and allowed us to meet (and make) loads of local fans!

Please tell us about the band, where you’re from and how you got together?

We’re all from around Cardiff, Wales. Skip (our singer) first contacted me (Tudor) years back when I used to produce hip hop for local rappers. Yes, we do have rappers here in Wales and believe it or not some of it is awesome! I was, for the record, never involved in making the good stuff.

So we had a few writing sessions, created some awful pop songs which over the years gradually got better and better. Skip then brought Nick (guitar man) in for a writing session with us and in a matter of weeks we had a bunch of half decent songs together, including an early version of Low Tide. We uploaded a few songs onto Soundcloud around the same time and the reaction was extraordinary. We had loads of emails from US college radio stations who had found the music online. From there we decided it’d be a good idea to finish the songs properly and make a go of it.

Did you all play instruments from a young age or something you picked up on later?

Tudor – I’ve played keys from quite an early age. I’ve never had proper lessons but always enjoyed hammering chords together and seeing what happened. Currently learning the didjeridoo which is quite a bizarre instrument.

Skip – I started playing guitar when I was about 13/14 but have never really dedicated myself to any instrument outright. I use instruments to write songs, mostly guitar but occasionally keys too but I’m definitely not a trained player.

Nick – I started playing violin when I was about 7/8, and started guitar shortly after – which I quickly realised was a lot more fun. I picked up drums when I was about 13 and then various other instruments along the way, but guitar is my main instrument.

What music did you listen to growing up and has it effected your own sounds today?

Tudor – I listened to lots of Bob Marley, Stevie Wonder and all the Motown you could imagine from a really young age thanks to my mum’s love for this kind of music. From there it was the likes of Eminem, Dr Dre and Jay-Z. And currently it’s an extremely wide variety, from Mura Masa (electronic) to Parcels (funky disco band), to Gogo Penguin (jazz trio). I’m not sure to what extent they affect the sounds I produce today, but artists such as these inspire me to make great music and keep my passion for creation alive.

Skip – Anything and everything really. I listened to and loved whatever my parents were listening too when I was a kid and then when I got old enough to start finding my own music, I delved into pretty much all genres.

Nick – I was obsessed with the indie wave in the mid 2000’s, and then got really into bands like Bombay Bicycle Club. But before that I was raised on a weird combination of The Clash, Jimi Hendrix, The Carpenters and The Counting Crows which definitely shaped my current tastes.

What have been the obstacles with being a new band breaking on to the scene and what was your breakthrough release?

The obstacles have been varied. As a band we have a tendency to start lots of songs and forget to finish them. So productivity and song-finishing was the first obstacle. From there it was (and still is) finding our place in the UK music scene. The really cool, edgy UK blogs weren’t particularly fussed because our first EP wasn’t very weird and didn’t have any really unusual production. For us it was more about making music that really felt good rather than striving to find sounds that hadn’t been used before. The other obstacle is getting onto radio stations over here. Our music isn’t edgy enough to be supported by most Radio 1 DJ’s and due to the fact we’ve decided to release independently it’s tricky convincing them to play more mainstream sounding music without the backing of major labels.

Having said that, we had such a sudden and epic breakthrough with our first single ‘Low Tide’. After releasing it onto Spotify, it had a bunch of New Music Fridays which catapulted into the top ten US and UK viral charts. From there it was playlisted really heavily and has since had over 27 million streams!

Your new single ‘Fever’ has just come out, what’s the song about and how does it sound?

Fever is about healing and the realisation that the only thing that’s going to make you feel right is in the hands of another person. It’s a chilled groove driven by disco and 80s inspired instrumentation and production. It’s a step away from our brighter, synth led production into a more mature and smokey sound.

You’ve also opted for a Deep House Remix from band member Tudor, aka TDOR, this is quite a departure from the typical XY&O sound, what did you set out to achieve with the remix and are you happy with the way it came out?

With the remix I set out to make something that first and foremost made people go mad at our house parties. Myself and housemates had a really big one for Halloween and people kept replaying it all night which was the intended effect! I wanted something that was instantly catchy, topline driven with a strong rhythm that people can really latch onto really quickly. I also wanted it to be simple, easy to follow, dark and euphoric. Overall I’m pretty happy with it. It has the effect I wanted it to have which is a great feeling.

Do you all get on well in the studio? What are each other’s most annoying habits?

During the early days of XY&O, we worked a lot remotely by bouncing ideas back and forth over the internet. This was partly because we were all at different universities across the UK so it was the only way we could work most of the time. In more recent times we’ve been spending a lot more time in the studio together and we have a really natural chemistry so it’s pretty easy to get on and get ideas rolling.

Skip, if you could sing a duet with anyone who would it be?

Tough one, alive or dead? Prince would be the ultimate I think, but then I’d love to duet with someone like Robyn too who’s in a similar genre.

Have you any plans to release an album in the near future and maybe go on tour?

We aim to have our debut album ready by May. We will be touring in the New Year but we won’t be releasing dates until a little while after Christmas.

What’s been your favourite live show to date?

Glastonbury festival, playing on the BBC Introducing stage. It was an unreal turnout from fans and a great performance, although we played a very different live setup back then. More of a rock band version of XY&O than an electronic one!

You also run your own label, Electric MVM, what are the benefits of an emerging band going down this route as opposed to signing to an established label already?

It just means we can take full creative control of the music we make, what we release, when we release it and how we release it. We’re quite an idiosyncratic band (like every band!), but the three of us are very individual and go about things our own way. It’s not that we’re against record labels or anything, we’ve just found ourselves in a situation where we are able to release our music and make it available through our means so right now, that’s the most effective vehicle for us.

Will you also be releasing material from other artists or is it just for your own output?

Currently we’re only looking to release our own music (both individual and collective tracks). Releasing other artists material is something we could look to do in the future.

Hayden James – Numb. I can’t go on about this song enough. The production and writing is just great. Myself and a group of close friends went to watch him in London at an outdoor venue during the hottest day on record. It was really something special and this song closed the set in a very big way.

Who else is kicking it musically from Wales right now that we should be looking out for?

We’re just about to finish our next single for early 2019 and then hopefully look to getting an album together at some point after that. Also, we’re looking to start putting more live shows back on after Xmas.

Finally, please tell us a secret nobody knows about XY&O members? 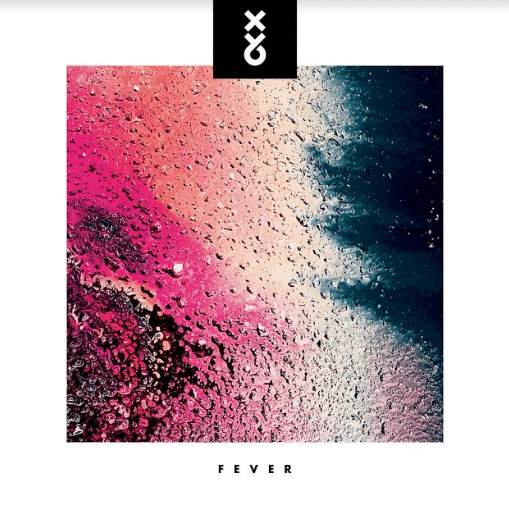