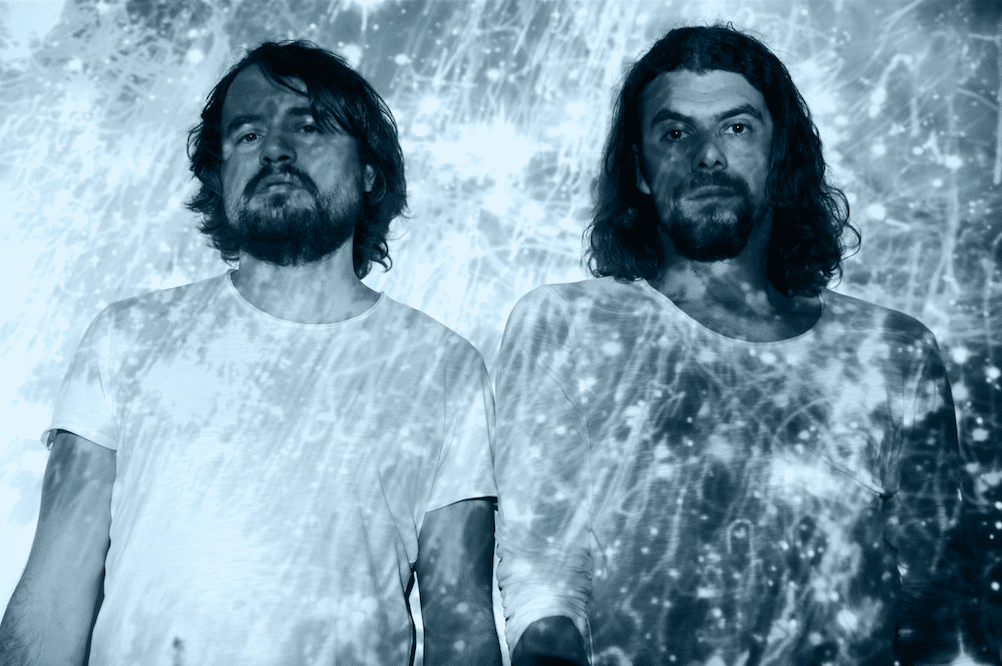 These shows saw the talented Germans join Toolroom Records kingpin Mark Knight at Miami’s Heart Nightclub on March 22nd plus host their very own Kittball Records yacht party (alongside label partner Juliet Sikora) on March 23rd, before touching down for additional appearances in Los Angeles, Ottawa, Winnipeg, San Francisco and Portland, where the tour will conclude, on April 7th.

Throughout the tour the dynamic duo has been spinning their unique blend of underground house music across the US and Canada, showcasing recent Heulsuse and Kittball releases plus giving fans a preview of forthcoming unreleased material slated for Toolroom alongside exclusive remixes of their acclaimed 2017 sophomore LP, We Are All Stars, which will be out later this year.

We caught up with the duo in the middle of a very busy Miami Music Week.

Hello gents, thanks for the chat today! How is Miami treating you this year?

Miami is always a pleasure and especially crazy during WMC! We’ve met a lot of friends and DJ colleagues already. Also we finally managed to meet a few acts with whom we’ve been writing insta-messages on a regular basis haha.

What are you in town for? Playing any shows?

We’ve already had a variety of shows in Miami: On the 22nd we’ve been at Heart Miami with the Toolroom boss Mark Knight, on the 23rd we had our own Kittball Party at Broken Shaker and on the 24th we’ve been playing at Exchange LA alongside Claptone. Also, we thought that as we’re in the States already, we can make it a USA and Canada tour, therefore we’re also having a couple of other dates here in the upcoming weeks.

Is MMW still a good networking opportunity for artists these days?

Everyone and their uncle is in Miami for this week, but we feel that in most cases people are just coming here to flex, get high and chink glasses with their friends.

However, we still believe that Miami is a cool hub of the electronic music lifestyle and business and has very much to offer.

Did you hear that Ultra bought Winter Music Conference? Do you think it will become what it once was?

It’s getting more and more commercialized and tailored to the mass market, which WMC originally did not stand for. Let’s hope that things won’t go south from here. On the other hand, with a huge company in the back like Ultra, the event could get even more fun and crazy.

What are some of your other favorite things to do in Miami?

We love to spend time at the art district here. But also the beach, obviously! We like to have a swim or two.

You’re going to be touring the States following MMW, where else are you headed? Anything particular you’re looking forward to?

We can’t really say that we have a favorite city here, but it is our first time to play in Winnipeg, which we’re really happy about.

You just released on Heulsuse and Kittball and have a release coming up on Toolroom. How do you keep balanced yet busy both in the studio and on tour? Any secrets you can share?

We’re always planning our studio time beforehand and try sticking to it accurately. Also, we manage to set our own deadlines to finish up tracks, before we go on tour. This way, we can test the new tunes in front of a crowd. That’s what we also did here in Miami and we can say that there’s definitely interesting stuff in the pipeline for this year!

How about staying healthy and in shape, is that something you guys focus on?

Yes definitely and we’ll start tomorrow! Until now we go for a run every once in a while. Also our kids keep us busy and fit in a way :)

What are some of your must-bring items when touring?

We don’t have a super unconventional or weird thing that we always bring with us (laughs)! We usually just travel with hand luggage and bring our clothes and DJ essentials like headphones, a variety of USB Stick, adaptors and earplugs. Also we always have a plushy from our kids with us.

Do you take time to plan out and visit the cities you travel to when you’re on tour?

Sometimes we have an afternoon in a thrilling city, but that doesn’t happen too often because…

Ah! You’re both family men. How do you reconcile tour life and balancing a family?

…we’re missing our kids and wifeys a lot. During week days, we usually spend the whole day with the fam. Then, in the night we sneak out to tweak knobs in clubs or in the studio.

What would you think if your kid grows up and decided to be a DJ/producer one day?

What important advice would you give them?

Get a real job! (laughs)

America’s political climate is quite effervescent at the moment, to say the least. What’s your take on it, as foreign artists and nationals?

Not only in the States the political climate is like this but rather worldwide. It seem’s like the world we’re rushing in, is not too different than the one that George Orwell described in “1984”- But after the rain comes the sun so let’s not give up our hopes.

Do you guys listen to non-electronic music? What are some of your virtue artists/bands?

Yes we do. We’re coming from a punk background and love us some Rock ‘n Roll-

Also, we listen to a lot of classical and film music to get distance from the rave world. Next to that, we’re enjoying the most recent Foo Fighters album for example.

What’s the last movie you watched at the theatre?

Marko: My most recent theatre movie was Maya the Bee, which I’ve watched with my daughter last week. It’s a really great movie, and just as life, has its ups and downs.

What is your favorite TV show?

Luckily, Maya the Bee also comes as a TV show, on which I’m hooked right now. I actually binged the first season right after coming home from the movie.

Anything you’re watching currently that you think we should watch too?

You can guess it already… nut also we’re into Game of Thrones and Black Mirror!

We love some good sushi! Insider info: someone recommended us this fancy sushi place called Sushi Samba in London. After queuing there for 10 minutes we kindly got asked to leave the facility as we were wearing trainers… (laughs)

Is there a country on your bucket list you still haven’t visited?

Surprisingly we’ve never been to Poland even though it’s right next door. We’ve never been to Hawaii and it’s definitely on the list as well. Pyongyang, Kabul or the Vatican would be interesting as well. Actually there are countless places we still want to visit!