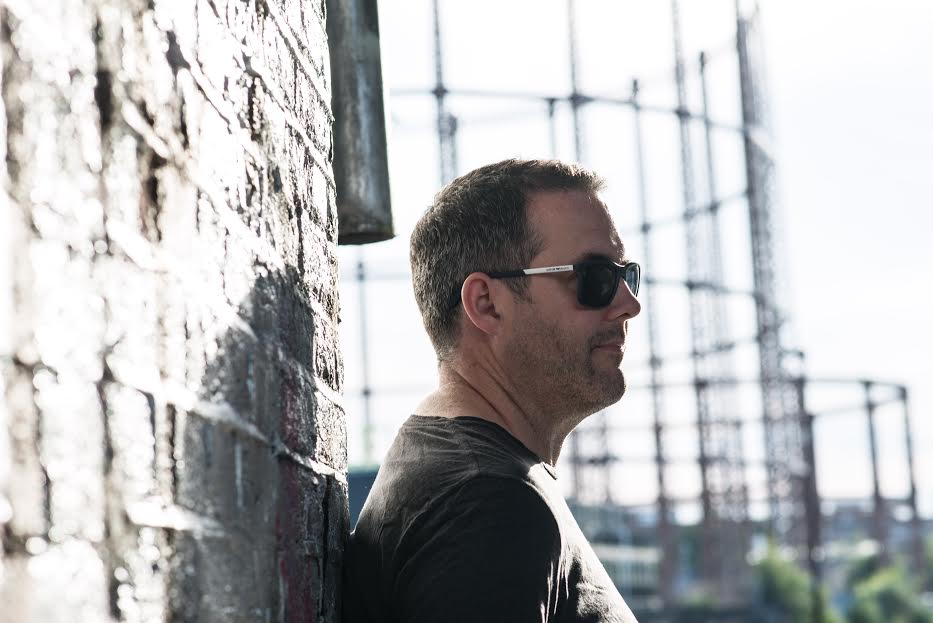 London’s Tom Chubb has been quickly carving a name for himself on the house scene releasing on labels such Kidology Records, Centric Music, Reel House, Conkrete Digital, Mjuzieek and recently Zulu and DVine Sounds.

As his new single ‘I Don’t Know What I Can Do’ drops on the new Huge Music label this week, 6AM digs deeper..

Hi Tom, it’s a pleasure to chat with you today, how are you?

I used to play a number of instruments at school including classical piano. I started messing around when I was supposed to be doing GCSE compositions in 1994/1995 and learned the basics of MID sequencing using a Roland D10, Emagic Notator and a Tascam 4 track cassette recorder. I started getting into DJing at the same time and lived/breathed music. I left home at quite a young age and had to sell my equipment and gave things up for several years before getting back into DJing before moving to London and then later picked up the producing again.

Back when I started DJ-ing I loved the US Garage style so it was Roger Sanchez & MAW, labels like Strictly, Soulfuric, King St, etc. and then back over this side; Grant Nelson, Joey Negro, etc. I love how these guys are all doing it still – even Grant after his 2 year break from the studio!

Initially producing was more messing around so I guess DJing. My first signed remix wasn’t until 2014 although I’d done a few remixes and edits on Soundcloud before that. I feel lucky to have played my first club at 15 in Dubai and started my first residency at 17.

My brother Will used to make me copies of his Hardcore tapes in the early 90s, but I was too young to go to any raves. I started going to the local club in Worthing until one time I got ID-ed and gave the wrong date of birth that made me older than I said I was so I got turned away at the door. I left my friends and went on my own up to an underground club called The Mansion House and never looked back. Funnily enough, the Huge Music owner and the person behind Southside Son, Eugene Glasgow was DJing that night and that’s ultimately how we met. I became a resident there a year later and was playing to 800 people every weekend for 2 years until it closed down.

Which out of your own productions and remixes is your own personal favourite and why?

I was really pleased with a remix I did last year for Deeptrak (Fool for Love) which had a great vocal to work with from The Funktuary. I love doing remixes as the remix parts can break the ‘writer’s block’ you get with original productions, and there’s usually a deadline too which keeps you focused on getting it finished. I’ve been working on some original tracks for over 2 years!

As a relative newcomer, how hard has it been to break on to the scene and what tips would you give to those just starting out?

I think you need to be in it for the right reasons, stay positive and never expect overnight success. Support other people through their music and events, put aside some time to manage your social media presence so people can find you and try to release as regularly as you can. There is so much material available online so subscribe to some good channels and watch & learn. Collaborating with a producer you may already know can really accelerate things too.

Congratulations on your ace new single ‘I Don’t Know What I Can Do’. What can you tell us about the release?

Thank you. Sometimes a track comes from nowhere and to be honest this was one of those. I’ve recently done a few tracks with a faster BPM so I slowed things down a little which gives more space for getting some nice drums going and wanted to go for a nu-disco poolside vibe ready for the Summer.

This is quite a departure from your usual style, is this the sign of things to come?

I’ve thought a lot about what sound I want to be identified with, but the simple fact is that I love making music and don’t want to tie myself down to any one style. I may need to introduce an alias or too at some point but let’s wait and see.

The single also features some great remixes from Blind B, Southside Son and Alexny, what did they bring to the table and are you happy with the results?

I actually have my own label; MustHaveSoul with Simon Reid and we released a Southside Son track a few years ago featuring a blindB remix. Jay (blindB) definitely brings a fresh new take to the track that I love! All remixes are getting some nice feedback which is great and I’m really happy with the release as a package.

Huge Music are a brand new label, tell us bit more about them, who is behind it, your relationship with them, and what made you sign the single to them as opposed to a more established brand?

Eugene and I have been great friends for many years now. We’ve lived/worked/DJ-ed together and have a couple of tracks we’re working on together in the pipeline too. I originally sent the demo for ‘Don’t You Say’ to DVine Sounds but didn’t hear anything back and then offered it to Eugene, but when the girls came back saying they wanted the track I reluctantly had to go back on my deal with Eug. I promised I’d give him a track and this fits well with the sound he’s going for on Huge Music and I hope he’ll now forgive me as a result haha.

Right now, it’s got to be my new monitors; the Neumann KH 120s. Before that I was using active DJ monitors that were always too bassy and this was the first pair that I actually took my own music in to a store and listened at length. They still don’t replace the ‘car test’ though!

Inner City – “Pennies from Heaven” (Kevin’s Tunnel Mix) still raises hairs on the back of my neck every time I hear it!

I became a Dad to a gorgeous little boy in January this year, so I’ve not been out that much recently, but it was great to see Gavin Mills from Copyright behind the decks again at iCulture this month.

Congrats on becoming a father! Who else is kicking it musically for you on the House scene right now that we should be looking out for?

Saison and No Fuss Records are consistently smashing it and I’m always playing their stuff in my sets! My good friends Nick Standen & Ian Perry are now getting the recognition they deserve with their podcasts doing well on D3ep Radio. Sy Sez is doing a fantastic job with Soul Heaven and I’ve loved seeing his career go from strength to strength. Conan Liquid is now firing on all cylinders again. The Digital Groove with Niall Redmond is a great place to hear new music (including mine!). I could go on forever here… The scene is definitely alive and kicking.

What are some of your biggest goals you hope to achieve over the next year? And, anything exciting in store for the near future?
I’m really pleased with how everything is going at the moment, so I just hope I can keep things moving forward in the right direction. I’m pretty much setup to have another 7 or 8 releases out this year including a number of originals, collaborations and remixes.

If I did that, it wouldn’t be a secret anymore!